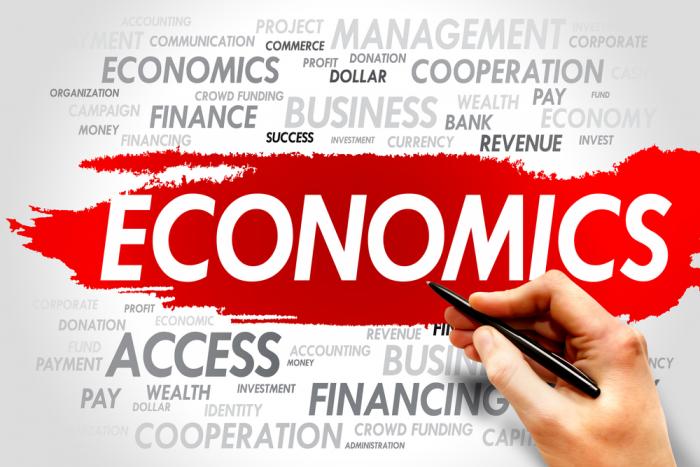 The failed July 15 coup in Turkey has prompted a tsunami of responses by the government that is likely to have a lasting impact on all aspects of politics and society, including the economy.

The initial arrest of military personnel who were involved or suspected of participating in the coup did not come as a shock. The next phase did, however, as massive waves of arrests and suspensions in the judiciary and government bureaucracy followed, as well as a declaration of emergency presidential powers. As of July 23, nearly 45,000 government employees have been suspended and close to 10,000 people have been detained. According to Deputy Prime Minister Nurettin Canikly, thousands more are likely to be purged in the coming weeks.

While most analysts have focused on the political and security consequences of the attempted takeover and the Erdogan government’s reaction, it is equally important to examine their impact on Turkey’s troubled economy. And that will depend most on how widespread the purge will be and whether any economic policies will change significantly.

In order to assess the economic impact and identify the key risks, first we must consider the backdrop: How did the coup transpire, what led to it, who is being purged and what was the state of the economy? The coup was almost over before it started as people flooded the streets, challenging the plotters' control. Murad Sezer/Reuters

A coup and response

It is now clear that the coup was planned and carried out by only a small group of military officers. Officers not involved played a key role in its failure, as did Erdogan’s ability to get Turkish citizens into the streets.

Thus, within hours of its start, the coup was over, as citizens and police overpowered those who participated in it, and the government regained full control over the military. Media reported casualties at 300, with several thousand injured.

Immediately, Erdogan and his Justice and Development Party (known as AKP) claimed that the coup was orchestrated by supporters of Islamist intellectual Fethullah Gulen, a U.S. resident who has denied any involvement. Besides jailing the officers and soldiers involved in the coup, the government began the mass arrest of military personnel perceived as loyal to Gulen. Erdogan then initiated a purge of Gulenists in ministries and shut down more than 1,600 private educational institutions due to such affiliations. More than 27,000 of their employees have also lost their work permits. AKP and Gulen: from friends to foes

Since the coup itself failed, its harm to the economy was limited to increased political risks for investors. It is the large-scale purge of Gulenists – once allies of the president – that will have a deeper and longer-lasting effect.

When AKP won the 2002 election and formed a government for the first time, the party leadership had close relations with the Gulen movement.

Up until 2013, the AKP actively supported the social activities of the Gulen Institute and welcomed its adherents into all ranks of the government.

So who is this mysterious man who supposedly orchestrated the coup?

Gulen can best be described as an advocate of tolerant and democratic Islam and moral capitalism.

Gulen believes that Muslims have a duty to engage in business, work hard and acquire wealth so that they can serve their society by offering charity and helping others. These views have attracted millions of civil servants, intellectuals and religious businessmen to the Gulen movement in Turkey in the past two decades.

Until the feud between Erdogan and Gulen began in 2013, large numbers of Gulenists were employed in military and civil servant positions. They had no reason to hide their affiliation with the Gulen movement. In the past three years, the tensions between AKP government and Gulenists escalated. As a result the government was gradually and sporadically removing Gulen supporters from both military and civilian positions even before the coup.

Indeed some analysts believe that coup supporters were motivated by a growing fear that they were going to be arrested or expelled from the military within days under such accusations. Erdogan reviews a guard of honor at the Turkish Parliament a week after the coup. Umit Bektas/Reuters

Before the coup, a deteriorating economy

Until 2014, Erdogan and his party had steered the Turkish economy impressively for more than a decade. Even during the global financial crisis, Turkey was one of the few G-20 countries that did not plunge into a severe recession.

But since then, economic growth has slowed. This is thanks, in part, to a sharp decline in tourist arrivals because of fears of terrorism. It is also due to disruption in trade with Russia, one of Turkey’s key partners until tensions over Syria emerged. The collapse of peace talks with Kurdish separatists that led to renewed fighting in some provinces, further disrupted economic activity.

The economy was just beginning to recover this year after slowing to 2.9 percent in 2014, with growth pegged at a better-than-expected 4.8 percent in the first quarter. Concern about economic hardship was a major motivation behind Erdogan’s move to ease tensions with Russia, Egypt and Israel in June. He has even hinted at backing down from his demand that Syrian President Bashar al-Assad must go as a precondition for peace.

While the quick suppression of the coup meant economic policy hasn’t shifted, the attempted takeover and the harsh response have hurt investor confidence.

Fitch and Standard & Poor’s – two of the leading credit-rating agencies – downgraded their views of the Turkish economy, while Moody’s has left its rating unchanged so far. The Turkish lira plunged as much as six percent in the days after the coup but has since recovered.

Key risks for the economy

Nevertheless, investors remain cautious and have adopted a wait-and-see attitude to get a better idea of how far the political purges will go and how they will affect the business community.

Here are a few of the key risks they’ll be following closely to see how Erdogan’s response will affect the economy’s long-term outlook.

First, a widespread purge that reaches into the hundreds of thousands might cause a political backlash and social instability. The remarkable support of opposition parties for the AKP government after the coup might come to an end, while the forced resignation of a large number of university presidents and deans could lead to student unrest.

Second, the removal of thousands of civil servants and their eventual replacement with new employees could affect the quality of government services, which are crucial for a well-functioning economy. Normal operations in some ministries might be affected during this purge and replacement period.

Third, there are signs that the government is going after private businesses affiliated with Gulen, which could adversely affect the economy if it spreads. Some experts estimate the followers of Gulen in Turkey at three to five million, many of whom are active in the private sector. The first arrest of a businessman with alleged links to the Gulen movement took place in Gaziantep on July 20.

It also appears that some companies are proactively firing staff who might have had any affiliation with the movement. Even before the coup, the government was selectively targeting some of these private businesspeople.

It remains to be seen how far the anti-Gulen purge of the private sector will go. A Gulen-affiliated financial institution, Bank Asya, which was seized by AKP government in May, was officially shut down a few days after the failed coup.

Fourth, the economy will also be harmed by any tensions that emerge with the U.S. or the European Union. With the U.S., the main source of potential tension is over Turkey’s demand for extradition of Gulen, who lives in Pennsylvania’s Poconos region. Turkey has submitted the evidence against Gulen, and a diplomatic team is likely to visit soon to press for his extradition. Meanwhile, the EU is growing concerned over Turkey’s post-coup violation of human rights.

Fifth, while the AKP government so far has remained committed to respecting the lifestyle and cultural values of secular citizens, after the failed coup it might come under increasing pressure (from its conservative base) to impose restrictions on secular lifestyle or favor pious AKP supporters in allocation of public sector jobs and business opportunities. If the government succumbs to such demands, it risks alienating a very valuable class of secular professionals and industrialists who have many options for migration. This could accelerate a brain drain that has been observed in recent years.

Turkish citizens, regardless of political party, have been protesting the coup frequently since its failure. Osman Orsal/Reuters

The AKP owes its electoral success in the past decade to its ability to improve Turkey’s economy, particularly in the Asian region. Erdogan’s cabinet is very concerned about the adverse impact of the coup and its aftermath on Turkish economy. It is expected to give top priority to economic issues in coming months.

This priority has already been demonstrated by the quick and effective measures in the first three days after the coup, which prevented a financial collapse and calmed the capital markets without imposing any capital controls.

The government is preparing a major economic reform package to further improve the business environment. Also, after two years of diplomatic tensions with former economic partners (such as Russia and Egypt), Turkey is returning to a business-oriented foreign policy.

These are positive steps that will benefit Turkish economy in the long run although the terrorism risks to tourism and investor confidence that existed before the coup are likely to continue in the new environment as well. However, the government must also be very mindful of how its cultural, political and security decisions in response to the coup will affect the economy.

How will Turkey’s failed coup and massive purge affect its economic future? is republished with permission from The Conversation