Economic Data may not Help the Dollar 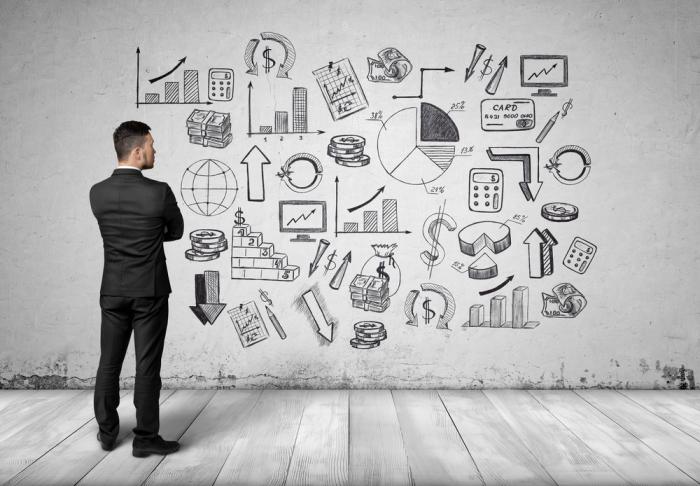 The dollar's push lower that we anticipate until later in the month gained momentum following the disappointing US retail sales report before the weekend.  The dollar's technical tone has deteriorated, while the economic data is unlikely to be sufficient to reverse sentiment.

The Dollar Index managed to recouped about half of the retail sales induced fall.  A break of the 95.00, the low from the start of the month, would be a bearish sign, signaling a potentially quick move to 94.50, but there is potential toward 94.00.  A the gap created by the UK referendum results found around 93.60-93.70 may also attract prices.  Note that the trendline drawn off the May and June lows comes in near 94.20 by the end of next week.

The euro finished last week with an outside day, but the close was weak, toward the middle of the range.  The technical indicators mildly support constructive.  The euro is approaching the downtrend line drawn from the May and June highs.  It is found near $1.1260 at the start of the new week, which also corresponds with the 50% retracement of the down move since early-May.  The 61.8% retracement is near $1.1350.  Initial support is seen near $1.1130.

The dollar also posted an outside day against the Japanese yen and the close was similarly uninspiring, toward the middle of the session's range.  It was turned back as it approached the upper end of its relatively narrow range, (~JPY102.50).  On the downside, initial support is seen in the JPY100.65 area, but JPY100 is more important, especially psychologically.  Among the technical indicators we look at, the slow stochastics may be warning of limited downside potential for the dollar.

Sterling continues to struggle to sustain the shallowest of upticks.  It fell against the dollar for the second consecutive week.  In the seven weeks since the referendum, it has risen only twice.  The BOE did not buy as many Gilts as it intended in the reverse auction on Tuesday kept sterling straddling the $1.30 level the rest of the week.

Like the euro and yen, sterling also recorded an outside day before the weekend, but unlike the others, it did close below the previous day's low.  That is traditional downside reversal pattern, but in a downtrend, it may simply illustrate the bearish sentiment.  Sterling tested $1.29 and closed below the previous band of support, seen in the $1.2930-$1.2950 area.  It appears the bears want to retest the $1.2800-$1.2850 lows from early July.  A move above $1.3050 would lift the tone.

The euro rose against sterling every session last week and finished at new multi-year highs.  It has risen for four consecutive weeks and all but one week since the referendum.  The euro is approaching the 2013 highs (GBP0.8770-GBP0.8815).  A break would bring the longer-term objective near GBP0.9000 into view.

The Canadian dollar was the second strongest major currency last week, rising about 1.7% against the greenback.  The Norwegian krone outperformed it; rising 3.6% on the week.  Nokkie was helped by unexpectedly strong inflation figures and the recovery in oil prices.  The rise in oil prices and the recognition that the diverging US-Canadian July employment figures will not elicit a policy response buoyed the Canadian dollar.

A trendline drawn off the early-May low and late-June low comes in near CAD1.2885 at the start of next week, and is the immediate target.  The US dollar fulfilled the 38.2% retracement of the gains off the early-May that was found near CAD1.2950.  The 50% retracement is near CAD1.2860.  The five-day moving average has crossed below the 20-day average, while the technical indicators point to additional greenback losses in the period ahead.

The Australian dollar finished the week with two successive losses.  It has not done so since July 19-20.  The 0.6% loss before the weekend cut the week's gains by more than half and ensured that the Aussie would be the weakest major currency after sterling with a 0.4% gain.

It has been in a strong uptrend and technicals appear stretched.  The pre-weekend close was the first below the five-day moving-average since July 25.  The $0.7630 area corresponds to the 38.2% retracement of the last leg up that began in late-July.  A break of that would suggest a move into $0.7550-$0.7575 area.

Comments by a Saudi official suggesting that next month's IEA meeting could be a forum to discuss output cut helped oil prices recover from the supply-induced losses on August 8-9.  We are skeptical that an output freeze, let alone a cut in output, can be agreed to until Iranian output is closer to what it was before the embargo.  This may take the rest of the year if not a bit longer.

Open interest in the light sweet oil futures for October has surpassed September, so turn our analysis to it.  It posted its largest weekly advance in four months (~6%).  The technical indicators are constructive, more constructive in our opinion than fundamental factors.  The MACD and RSI are trending higher, and the five-day average has crossed above the 20-day average for the first time since late-June.

The October futures contract approached the 38.2% retracement of the decline from the early-June high near $53.  That retracement is found just below $45. The October contract closed above its 200-day moving-average ($44.55) and stopped shy of its 100-day moving average ($46.50).  A downtrend line off the June and early-July highs are near $46.50 at the end of next week, which also corresponds with the 50% retracement objective.  Initial support appears around $43.50.