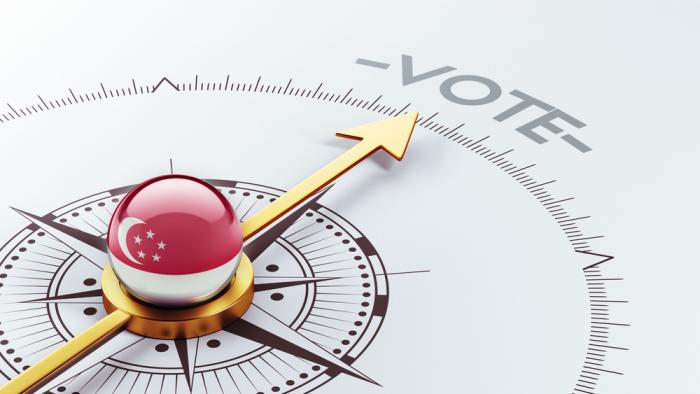 On 25 August 2015, Singapore’s President Tony Tan officially dissolved the parliament, triggering early parliamentary elections. While these elections, by law, could have waited until January 2017, 2015 is particularly advantageous for the incumbent People’s Action Party (PAP).

A massive propaganda effort that made the former leader into a national icon and discouraged any form of criticism as disrespectful followed the death of the ruling party’s founder and first prime minister, Lee Kuan Yew, on 23 March. As part of the weeklong remembrances, Singaporeans watched constant documentaries about the heroic effort of the PAP and its miraculous success in transforming the country.

In addition, 9 August 2015 marked the 50th anniversary of the country’s independence in 1965. The massive National Day celebrations stressed the ruling party’s success in the past. It appears as if the PAP hopes to make use of the patriotic sentiments from these two events to generate a rally-around-the-flag effect. This could help the PAP increase its popular vote and prevent any loss of additional seats in parliament.

The PAP controls 80 out of 87 elected seats but appears worried about losing more. This concern is due to the last general election in 2011, in which it had its worst post-independence performance. The PAP saw a decline in the popular vote from 66.6 percent in 2006 to 60.1 percent in 2011. It also lost one of the group representation constituencies (GRCs) — electoral divisions where members of parliament are voted in as a group rather than as individuals.  In the past, GRCs had been difficult for the country’s small opposition parties to capture.  However, the Workers’ Party captured the Aljunied GRC and its traditional single-member district Hougang. The event was a watershed moment in Singapore politics.

Fears of further decline have motivated the PAP to make a concerted effort to obstruct this trend.

There are many obstacles for opposition parties. The election period is again extremely short — the nomination day is on 1 September and the polling day is on 11 September. There will be a ‘cooling-off day’ on 10 September, where parties are prohibited from campaigning for 24 hours. This is supposed to make sure the election reflects a rational choice by the citizenry (which implies a vote for the current government).

Alternative parties have generally started to campaign much earlier for this reason. But this is difficult as the electoral boundaries are only made official a short time before the election. This gerrymandering is completely government controlled and lacks transparency. About 19 percent of the population moved to a new constituency in 2015.

There is also a concerted effort to portray the opposition as irresponsible and a threat to Singapore’s future. Grassroots organisations and the public housing board link to the PAP. Further, most companies are directly or indirectly controlled by the government. The media, owned by government-linked corporations, has also sought to undermine the credibility of the opposition.

In particular, the Hougang-Aljunied Town Council has become embroiled in an accounting scandal, which has dragged on for months and continues to make headlines. It resembles a smear campaign. At the same time, scandals involving the PAP dismissed quickly.

This includes the case involving the 2010 sale of town council management software to Action Information Management, which is owned by the PAP, and the subsequent termination of services provided to the Workers’ Party’s Aljunied-Hougang Town Council.

Because of the massive criticism of the Workers’ Party, the PAP unsurprisingly wants to make town council management one of the major issues of the 2015 election.

Opposition parties continue to remain relatively weak and divided. Two new parties — Singaporeans First and the People’s Power Party — have emerged since 2011. But the National Solidarity Party has been engulfed in a crisis only days before the official election period. The many small parties remain controlled by strong leaders but rumours of moles in all small parties continue to persist. It is not surprising that there is generally a lack of trust between different members.

There is a silver lining for the 2015 election. The PAP has not fielded any prominent candidate for the Aljunied GRC, suggesting it has decided the status quo is ideal. Alternative parties have come together to avoid three-cornered fights, and prominent candidates have decided to compete. Most importantly, many Singaporeans still want a voice in parliament.

It seems highly unlikely that the 2015 Singapore election will bring any major change. It is more likely that politics will transform in the longer term. In addition, this change will most likely come from within the ruling party, rather than from the weak opposition or emasculated civil society.

Politics, not elections, will change Singapore is republished with permission from East Asia Forum