Creating a Financially Sound Museum is an Art 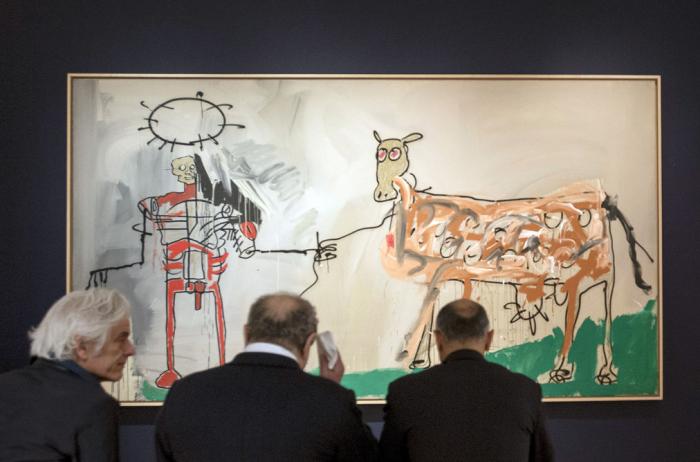 Worth a thousand words? Or $37 million. Darren Ornitz/Reuters

Americans clearly love their museums, particularly in the summer months. In fact, museum attendance is estimated at about 850 million visits a year, significantly more than all the major league sporting and theme parks combined (about 483 million in 2011).

That’s in a part because they have many choices. If you include zoos, historical societies, botanical gardens and similar historical or cultural sites, the number of museums in the U.S. surpassed 35,000 in 2014, more than double the tally in the 1990s.

Art museums, which I would argue make some of the most important contributions to contemporary culture, number about 1,575 and are also very popular. One of the most famous, New York’s Metropolitan Museum of Art (“the Met”), for example, saw a record 6.5 million visitors in 2015, making it the world’s third most popular museum.

However, record attendance doesn’t necessarily translate into record revenue. Just last month, the Met said it is laying off more than 100 of its employees as it tries to erase a US$10 million budget deficit, just a few months after it announced a hiring freeze and voluntary buyouts.

Meanwhile, one of its rivals down the street, the Museum of Modern Art (MoMA), is flush with cash and just received another $100 million for an expansion and renovation. Yet only about three million people stopped by to see its art in 2015, ranking it 15th in the world.

What explains the different trajectories? Why do some museums flourish while others flounder?

Lately I’ve been exploring the new economics of culture and art markets for a book to be published in 2017 called “The Economics of American Art: Art, Artists and Market Institutions.” My research leads me to believe there are three reasons why different museums have different fates: fashion, demographics and billionaires. 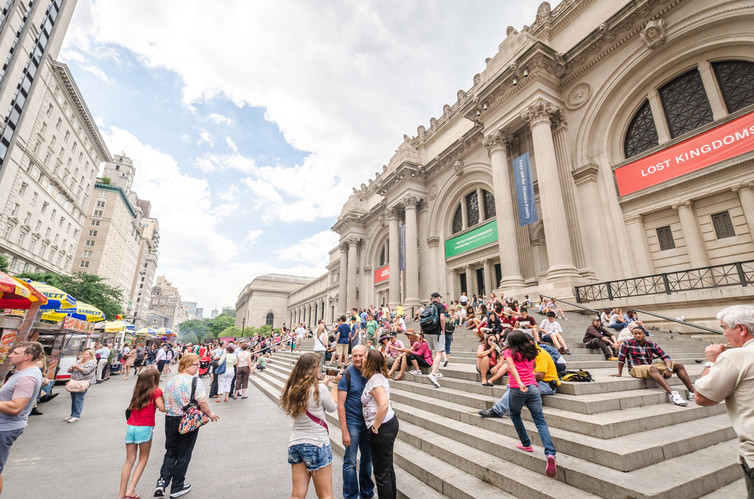 New York’s Metropolitan Museum of Art is the third most visited museum in the world. The Met via www.shutterstock.com

MoMA and the Met are two of the top museums in the U.S., making them excellent illustrations of some of the financing problems facing museums today.

The Met, one of the most comprehensive museums in the world except for a dearth of holdings in modern contemporary art, has an annual budget of approximately $300 million. The museum, however, is currently facing a deficit of about $10 million that would have ballooned to $40 million if it hadn’t begun laying off personnel. It also put a hold on its expansion of modern contemporary art exhibition space.

The competition for patrons willing to fork over large amounts money has become fierce in the contemporary art field. Besides MoMA, the Met must compete locally with the Whitney (which just opened a new downtown location) and the Guggenheim and with dozens of museums in major cities across the U.S, such as The Broad, a new contemporary museum in downtown Los Angeles.

They also must compete for possession of the masterpieces and other exhibitions that draw the most visitors – and in turn lead to more donations.

Meanwhile, MoMA is experiencing its own unique issues that both illustrate the plus- and downsides of its success. MoMA’s $400 million-plus expansion plan (aided by a $100 million gift from billionaire David Geffen) will mean certain parts of the museum will be closed down during the project, leading to less attendance and revenue. MoMA has offered voluntary buyout plans for some employees who will not be needed. Still, with an endowment approaching $1 billion, it’s in pretty good shape.

The current challenges of these two great museums will resolve themselves over time, but the fundamental issues raised underscore some critical economic issues facing many art museums in the U.S. today. 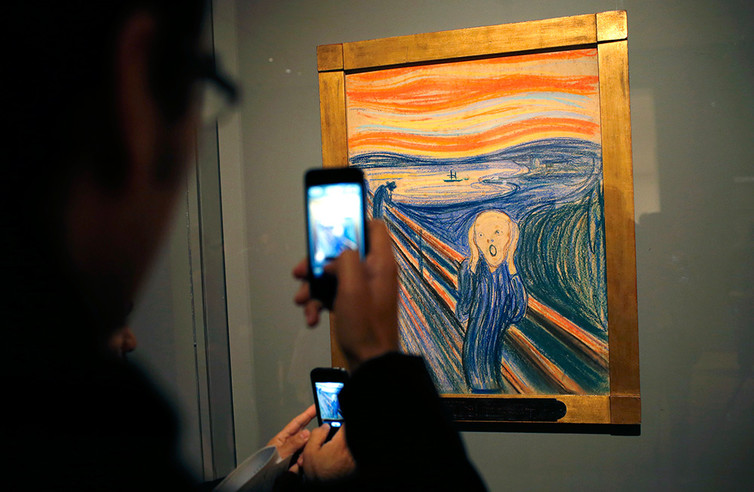 First, underlying the Met’s financial challenges described above is a perennial problem of all museums: acquisitions policy.

Recent directors of the Met amassed a treasure trove, making it truly a museum of enormous and international scope – with an important exception: modern and contemporary art. The late Thomas Hoving focused on snapping up Renaissance and Old Masters, such as Velázquez’s “Portrait of Juan de Pareja” and the Egyptian Temple of Dendur. He also developed the now-popular concept of the traveling “blockbuster” exhibition that costs museum-goers an extra charge.

His successor, Phillipe de Montebello, also did not add much to the museum’s modern collection. The argument, it seems, was that museums such as the MoMA were already providing such works in their collections and that the acquisition of contemporary art by living artists (some at midcareer) was problematic and risky.

While the Met’s contemporary collection has grown somewhat in recent years, it has been unable to quickly adjust to the changing tastes of museum-goers, who increasingly favor modern and contemporary art. This has put it at a competitive disadvantage.

The economic point here is that if a museum like the Met isn’t able to keep up as its customers' tastes change, revenue will likely fall. In addition, by the time it might recognize this, it’s already too late to do much about it because the costs to acquire the in-demand art is sky-high.

Since museums acquire as either a donation or a purchase, in the absence of a generous gift, the only alternative is to acquire a “distinguished” collection of work from another institution or private collector.

That alternative is open to few museums in the United States. The reason leads to a second critical issue – the changing distribution of U.S. and world income and its effects on museum finance and operation. 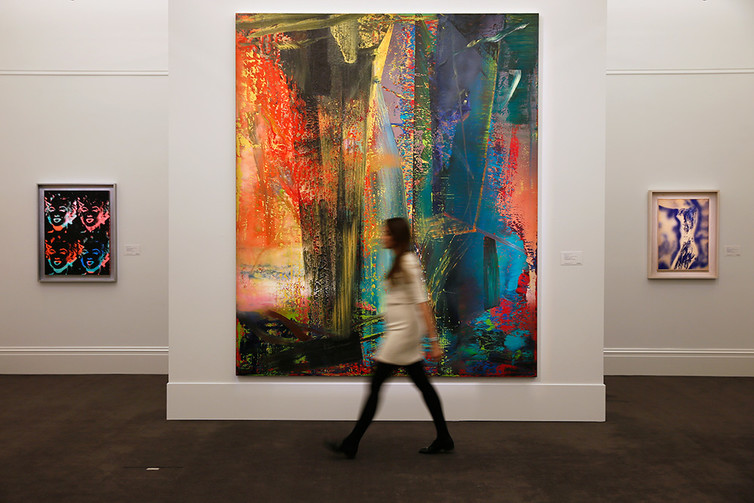 We are living in a boom period for contemporary art (some would say it’s a “bubble”).

The number of auctions, art fairs and galleries dealing in that genre has grown enormously to accommodate this burgeoning market. Works by the undisputed master in contemporary art, German artist Gerhard Richter, have generated $1.2 billion in sales in recent years.

In a world with about 1,800 billionaires, it only takes a relative few to drive high-end art prices to astronomical levels. Recessions, stock market declines and turmoil in international affairs rarely subdue the fight among these collectors for the best of the best, especially in contemporary art.

These soaring prices mean museums simply can’t keep up and must usually depend on donations to assemble portfolios of the best work, or they’re priced out.

In addition, billionaires themselves are increasingly setting up their own, private museums, further distancing the ability of public museums to get the good stuff.

A third interrelated problem is that demographic issues have exacerbated the problems of museum finance and operations by putting pressure on the revenue side of the equation.

Unemployment, early retirements and the aging of the population in the United States have all contributed to increased attendance at museums of all types. You might think that’s simply a good thing. In addition, in many ways it is. However, more traffic means higher costs, and when those additional visitors don’t result in more revenue, profitability goes down.

This is because of the longstanding movement toward making museums “free” by having individuals, government or businesses “sponsor” the cost. However, when that support gets reduced by budget costs or another reason, museums must choose to either pick up the tab or lose patrons by suddenly charging fees.

There is empirical evidence that museum attendance is countercyclical. That is, it rises when economic growth slows, but that’s also when those “sponsors” are more likely to begin to disappear. In other words, the Met’s record attendance figures sound great on the surface but may have contributed to its budget shortfall by adding to its costs.

Museums will certainly continue to exist and provide hundreds of millions of us with invaluable insights into our culture, both past and present.

However, they must exist under the imperative of economic principles. Tastes will change, income distribution will alter the availability of art and demographics will shift.

While none of these factors negate the importance of art museums, it’d be wise for their stewards to consider the economics in their calculations.

Museum economics: how the contemporary art boom is hurting the bottom line is republished with permission from The Conversation

See also: The Economic Benefits of Art and Culture