Could there have been Oil and Dinosaurs? 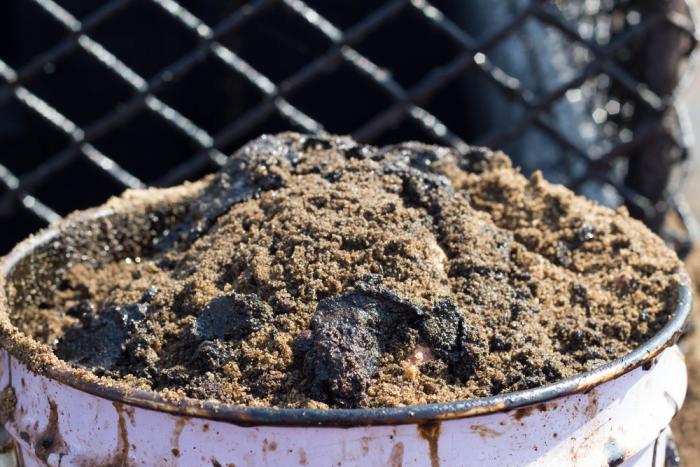 What killed the dinosaurs? It's a question as old as – well the dinosaurs themselves, and one that everyone from schoolchildren to scientists have been asking for decades. Movies like Jurassic Park and the Land Before Time only heighten that sense of wonder and raise the stakes behind that question. Now according to a new scientific study, it seems that black gold may have been the source of the dinos' demise.

Japanese researchers at Tohuku University and the Meteorological Research Institute authored a recent study in the research journal Scientific Reports suggesting that a meteor impact 66 million years ago on an oil rich region of Yucatan Peninsula led to the death of the dinosaurs. When the asteroid hit the vast oil deposits of Mexico, it sent thick black smoke into the atmosphere, changing the climate around the world. That soot blocked out the sun leading to a significant cooling of the planet. Equally importantly, it also led to a substantial drought around the world.

The asteroid in question was roughly 6 miles wide and its impacted created the 110 mile wide crater that exists in the Yucatan today – the third largest crater on Earth. The impact was the equivalent of roughly 1 billion atomic bombs of the equivalent power to what struck Hiroshima at the end of World War 2.
The researchers calculate that the amount of soot released would have lowered sunlight exposure by 85 percent and reduced rainfall by 80 percent. That would have had a significant

impact on plant growth, which in turn would have limited food options for most dinosaurs. In addition, the soot cooled the Earth by 16 degrees Celsius (about 28.8 degrees Fahrenheit) over the course of just 3 years. Think of the event as the reverse of global warming – and on steroids.

Against this backdrop, it is not surprising that dinosaurs all died out. Only smaller mammals that could live underground would have survived. In fact, the fossil record suggests that only 12 percent of the pre-asteroid life was able to survive after the impact. It was not just dinosaurs that died either, contrary to myths about the Ice Age – around 93 percent of mammal species were killed off as well, according to a separate research study by scientists at the University of Bath. The largest animals that would have survived the extinction event were about the size of a house cat.

Still, life bounced back “fairly quickly” researchers say, with about twice as many species existing 300,000 years after the event versus before it. Of course, given that the course of human history only goes back around 25,000 years, three-hundred thousand years is still a long period of time. It reflects the reality that the asteroid strike had a significant enough impact that its effects took tens of thousands of years to dissipate. It was the adaptability of mammals after the strike versus various reptiles that led the mammals to ultimately come to dominate the planet. Dinosaurs were in decline for millions of years before the asteroid strike, but that event aided by the oil rich soil of the Yucatan finished them off.

It's ironic that oil, so fundamental for modern human life was ultimately the catalyst that wiped out the dinosaurs. Had the asteroid stuck in a less oil rich region, back of the envelope calculations suggest its impact would have only been around one-third as devastating. It's impossible to say if that would have allowed any of the dinosaurs to live or not, but it is at least a possibility. Perhaps if not for the existence of oil, none of us would have cars, but maybe we would all have a pet brontosaurus.

Did Oil Kill The Dinosaurs? is republished with permission from Oilprice.com