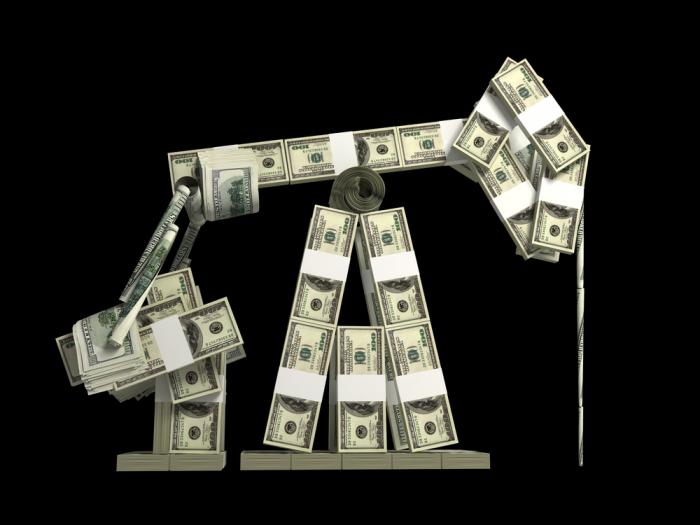 The industry will cut spending by $1 trillion through 2020, according to Wood Mackenzie. Those reductions are creating a "ticking time bomb" for oil supply. The consultancy projects that the market will see 5 million barrels of oil equivalent per day (mboe/d) less this year, compared to expectations before the collapse of oil prices. Next year, the industry will produce 6 mboe/d less than it otherwise would have had the spending cuts not been made.

This is creating the conditions for a supply crunch and a price spike. The reason is simple: demand continues to rise by some 1.2 million barrels per day each year, but supplies are no longer growing because of the spending cuts. That is not a problem today as production still slightly exceeds demand and high levels of crude oil and refined products sit in storage.

However, by as early as the end of 2016 the oil market could tip into a supply deficit. In addition, because the industry has scaled back so intensely on capex, global supplies could fall short of demand for quite a while. The result could be a dramatic price spike.

This scenario has been described before by Wood Mackenzie, which published an estimate earlier this year that put the total value of cancelled projects over the past two years at $380 billion, projects that would have yielded 27 billion barrels of oil and gas.

So far, the markets are not pricing in the brewing supply crunch. Oil prices continue to fall, and speculators have taken the most pessimistic position in months, selling off long bets and buying up shorts.

Oil analysts and forecasters do not see a rapid rise in prices either. A Bloomberg survey of 20 analysts revealed a median price forecast of just $57 per barrel in 2017. No doubt, that record levels of inventories are on their minds – even if oil production itself flips into a supply/demand deficit, it could take years to work through storage levels.

"We're looking at a market that's still in a very slow process of rebalancing and we don't think that you'll get a sustainable deficit until the second quarter of 2017," Michael Hsueh, a strategist at Deutsche Bank AG, told Bloomberg. "Those deficits are necessary to draw down global inventories, but that will still take until the end of 2018, it appears."

However, the swing from surplus to deficit could be more dramatic than many think. Now that oil is once again entering a bear market, with WTI and Brent dropping to $40 per barrel, the industry could be forced to slash spending even deeper than it already has, leaving even more oil reserves undeveloped.

And in any case, it is possible that high storage levels and the two-year production surplus is leading to a myopic view of the future – just because the markets are oversupplied today does not meant that they will in several years' time.

Wood Mackenzie says that while U.S. shale has been the hardest hit by the steep fall in investment, the shale industry will be the first to bounce back because of the short-cycle nature of shale drilling. The price spike will lead to a resurgence in shale, and Wood Mackenzie is predicting that shale production doubles from the 2015 high-watermark of 4.5 million barrels per day to 8.5 mb/d by the mid-2020s.

That is a long way off for oil executives dealing with deteriorating balance sheets and rising debt levels.

Today's Downturn Sets Markets Up For A Dramatic Oil Price Spike is republished with permission from Oilprice.com