China's Changing Economy...it will Take a While 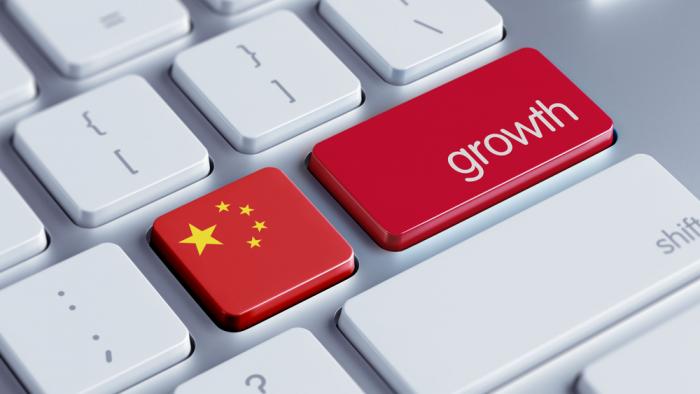 China is undergoing profound changes in its economic policy and structure. These changes represent a new model of Chinese economic growth. The recent Five Year Plan (FYP) is an evolutionary document. Building on earlier official statements on the new model of growth, it provides the most elaborate statement to date on the model’s content and implementation.

An early goal is to build a moderately prosperous society by 2020, with per capita output doubling from 2010 to 2020. A rapid start early in the decade means that this can now be achieved with GDP growth in the range of 6.5–7 percent over the remaining years. There will be a shift from investment to consumption, alongside a shift in the balance from exports towards domestic demand. The services share of the economy will rise from about half in 2015 to 60 percent over the next five years.

The 13th FYP expands on themes that began to emerge in official statements at the beginning of the decade. Growth will be of ‘higher quality’ — emphasising innovation with a high reliance on science and technology. The distribution of income will become more equitable — 70 million people will be lifted from poverty, completing the process of removing poverty in China. Negative environmental impacts will also be minimised as China builds a low-carbon economic system.

In addition, reliance on markets at home and abroad will increase as China’s engagement with the international economy deepens. This will require the development of rule of law and credibility in judicial processes. The proportionate role of state entities in the economy will be further reduced.

The new economic model also emphasises deepening international integration. Two-way movements of foreign direct investment will be encouraged. China will participate in international financial liberalisation through making the Chinese yuan convertible on the capital account and removing barriers to its use as an international currency. Barriers to international trade will be reduced by facilitating transactions in border areas and through multilateral trade agreements and bilateral investment agreements.

The possibility of rough adjustment has loomed large over the past year. There has been anxiety that the fall in business investment — in particular, in relation to urban real estate — had been proceeding more rapidly than the increase in consumption, with contractionary consequences. Concern about an excessive reduction in the trajectory of growth led to substantial compensatory fiscal and monetary expansion, and to some public debate about whether there had been reversion to an emphasis on growth at the expense of institutional reform.

Throughout 2015, declining values and associated panic in the Shanghai and Shenzhen stock markets hampered a smooth adjustment to the new growth model. Official intervention to halt the fall through the suspension of trading and official purchase of stocks initially increased uncertainty and exacerbated the panic. The interventions were a setback for reform to build a more market-oriented economy. The main long-term legacy is probably an acceptance for the future that arbitrary interventions in markets are likely to do more harm than good.

The new model of growth is meant to rely much more heavily on the expansion of domestic demand and less on international demand. There was large and rapid progress in reducing net exports and the current account surplus as domestic investment increased due to the fiscal and monetary expansion in response to the global financial crisis. However, over the past two years, there has been substantial reversal of this tendency.

The rate of total factor productivity (TFP) growth has been low under the new model. Smooth adjustment to a lower but reasonably strong growth rate, as envisaged in the new normal, would require the maintenance or even some acceleration of TFP growth. Strong growth in TFP requires acceptance of rapid changes in the composition of economic activity in line with rapidly changing comparative advantage. It requires broad reforms, most of which have been accepted within the new normal model of Chinese growth. Yet these reforms remain difficult to implement.

There has not yet been any sign of a lift in the low rates of productivity growth that emerged in the aftermath of the fiscal and monetary expansions of 2008 and 2009. Data for 2014 have repeated the bleak story from 2013: there was no increase at all in TFP growth, with growth in output coming almost entirely from increases in the capital stock. TFP growth remains well below rates that were typical of the first three decades of reform.

While the turnaround in China’s use of coal and its output of greenhouse gases is large and of immense value to China and the global community, the levels of emissions remain well above reasonable assessments of the natural environment’s capacity to absorb them without large problems. The recent progress in reducing Chinese coal use and greenhouse gas emissions is extraordinary, but it has to be only the beginning of a continuing effort.

China has made a start on the transition to its new model of growth. In terms of environmental impact, it has made a much larger start than close observers a few years ago would have thought possible. However, all elements of transition have a long way to go. As Premier Li Keqiang said in March 2016, the transition is a difficult one and it would be surprising if there were no disruptive bumps in the road.