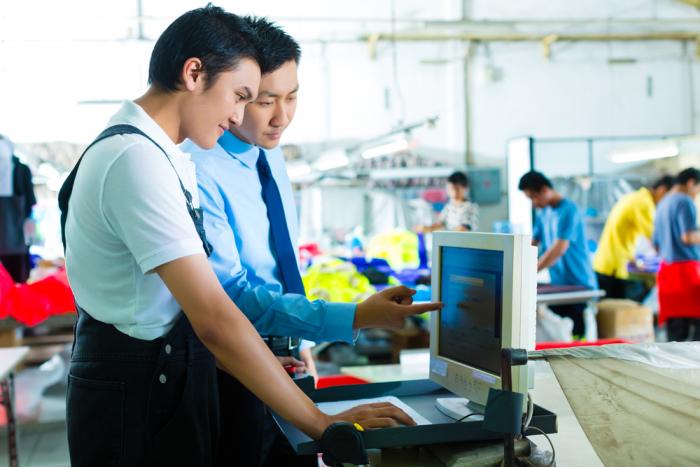 As China appears to be flirting with the middle income trap, the old development model is becoming increasingly unworkable. In its place, the ‘new normal’ is emerging as a valuable notion. But to work it needs increased corporate competition, integrated labour markets, sharper land rights for farmers, and much less debt accumulation. On these points, Chinese policies fall short and are risk trapping China at middle income.

Beijing’s approach to state-owned enterprises (SOEs) has not changed enough. For China to become rich, productivity must rise strongly. Here innovation is crucial. But the preservation of SOEs discourages innovation.

Luring foreign investment and technology despite limits on competition is no longer viable. As China becomes more technologically sophisticated, further, genuine advances become increasingly challenging. And multinational corporations will not provide the best foreign technology unless they can compete more freely with SOEs.

An alternative is indigenous innovation. But governments cannot anticipate the broad innovation necessary for countries to become wealthy. Innovation requires free entry and exit into industries, allowing companies to rise and fall based on innovative ability.

For instance, one way to reform Chinese oil SOE Sinopec could be to mimic privately-owned Exxon, by copying its structure or strategies or by outright privatisation. But Exxon’s success does not stem primarily from structure, strategy or simply being private. Indeed, it has been badly outperformed in shale by smaller companies. And the shale revolution occurred because the American energy market is open to competition. A Sinopec that looks like Exxon would be unlikely to innovate.

Offering minority stakes in SOEs to private capital is therefore exactly the wrong thing to do. Private minority stakes in Sinopec subsidiaries will accomplish little. Worse, Beijing is considering merging Sinopec with another energy SOE, diluting competition still further. The same mistake is being made in rail and other sectors.

The new normal cannot mean the dissolution of all SOEs. But, equally, it must not mean enlarging SOEs with private capital. The list of protected industries must shrink. Elsewhere, SOEs must be pulled back so competition and innovation can increase. The entrance of private firms would either bring new innovation or force companies like Sinopec to innovate themselves.

Another threat to growth is ‘getting old before getting rich’. China’s demographic challenges are well understood, but responses have been slow. There is an opportunity to act decisively to offset an ageing labour force. The solution is greater rights for farmers and workers.

The key to escaping poverty is agricultural productivity. This ensures food security with fewer farmers, freeing up labour to seek employment elsewhere. China has marvellously utilised new urban workers. Now the opposite challenge looms: not enough of them. Migration will soon be outmatched by ageing. And the economic record of ageing societies is poor. The labour migration policies China has adopted to date are thus insufficient and their implementation is too gradual. Sustained migration limits for major cities will inhibit economic expansion. Under the new normal, workers must have the maximum possible rights to live and receive benefits throughout the country. This would maximise productivity and counter a shrinking labour force.

A final obstacle to the escape is debt. Here financial policies should change from targeted easing to ‘targeted tightening’, where promising sectors receive more credit than before, but weaker sectors receive less. Credit allocation should be primarily based on commercial rather than political considerations.

The last seven years constitute ‘a debt crisis with Chinese characteristics’. China was in a strong financial position at the end of 2007, but fell to a weak position by the end of 2014. While the risk is not acute, researchers at the National Development and Reform Commission have found an enormous amount of unproductive investment. This cannot continue if China is to become wealthy.

Sound steps have been taken. But they are inadequate to avoid new debt or reduce the existing burden. Interest rate liberalisation, for example, merely changes the cost charged for excessive borrowing. With liquidity astonishingly high, borrowing costs will remain low. And subsidies can be used to offset higher interest charges.

More financial institutions must be independent from political pressure. Private banking licenses are being issued, but unless the process is dramatically accelerated, state-controlled banks will remain dominant indefinitely. They are highly vulnerable to pressure to over-lend — one feature of the middle income trap.

With more scope for independence than the formal banking sector, the surge in non-bank finance offers another means of reducing the debt burden. The corporate bond market, especially, has enormous room for growth. Many problems associated with non-bank finance can be addressed by tightening aggregate money supply.

After progress is made toward commercial finance, the capital account should be liberalised. Capital controls protect countries from instability but reduce growth opportunities. China’s enormous foreign reserves can deter any payment crisis.

More commercial finance and an open capital account will curb credit flow to some industries. Those with sustained overcapacity, such as shipping, will contract, causing job losses. Against this is the eagerness of private banks, non-bank financials, and external capital to lend to profitable firms and industries. Rather than politicians insisting old industries be sustained, commercial credit will ensure new industries quickly replace them.

The new normal can be the key to escaping the middle income trap. The state sector should shrink, labour and land rights should be sharpened and credit should be depoliticised. But without difficult reforms, China will stall.