Challenges Remain for Equal Pay in Business and in Sports 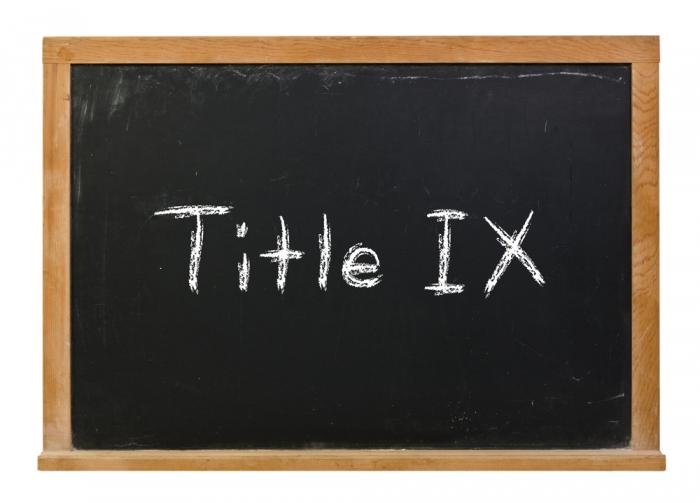 Five members of the women’s national soccer team recently filed a complaint alleging the sport’s governing body in the U.S. violated the Equal Pay Act and Title VII of the Civil Rights Act by paying them less than men.

In their complaint with the Equal Employment Opportunity Commission (EEOC), the women detail how their pay and benefits are far less generous than the men’s. In addition, as if that wasn’t enough, the women point out that this low pay and unequal treatment has occurred despite the fact that they are without question far more successful than the men.

Whether the women legally prevail, simply raising the issue could have a powerful impact on changing the culture that has allowed this pay discrepancy to fester. The case shows just how far we’ve come since 1972, when Title IX began the long battle to even the playing field for men and women in sports.

During more than a decade of work on Title IX and beyond, I have explored the ways that law can effect cultural changes in sports. I have also seen the gender equity debate evolve to the point where many young women athletes no longer know what Title IX is or how it’s changed the landscape of sports. 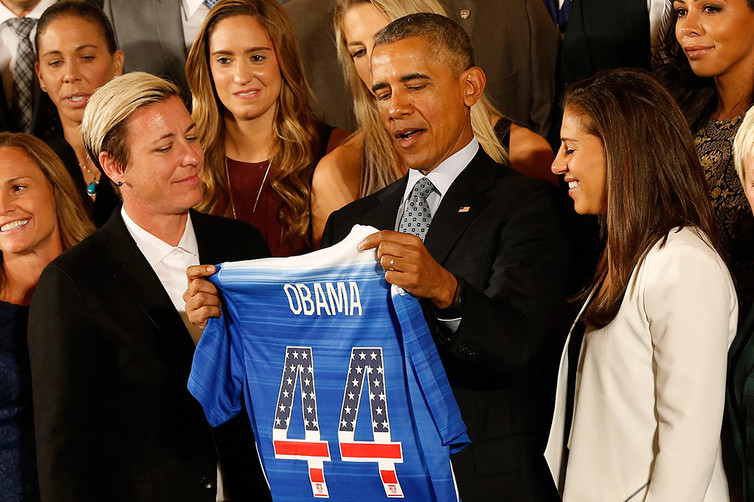 One of the women’s soccer team’s many fans. Reuters

Recent examples illustrate how shining a light on the games we love through athletes’ use of the legal process can have powerful effects on changing norms – even when their stated aim is unsuccessful.

For instance, NFL concussion litigation highlighted many players' painful narratives on the effects of repeated head trauma that is an inescapable part of football. Though their claims faced difficult legal hurdles, the stories and resulting media attention contributed to a settlement package and, perhaps more importantly, an ongoing conversation about the safety and future of football at all levels.

Similarly, Northwestern University football players’ failed attempt to unionize and the O'Bannon litigation contributed to a climate of reform by highlighting the life (and some would argue exploitation) of college athletes. The petition to the National Labor Relations Board and the O'Bannon plaintiffs' antitrust claims brought the issue into sharper relief. 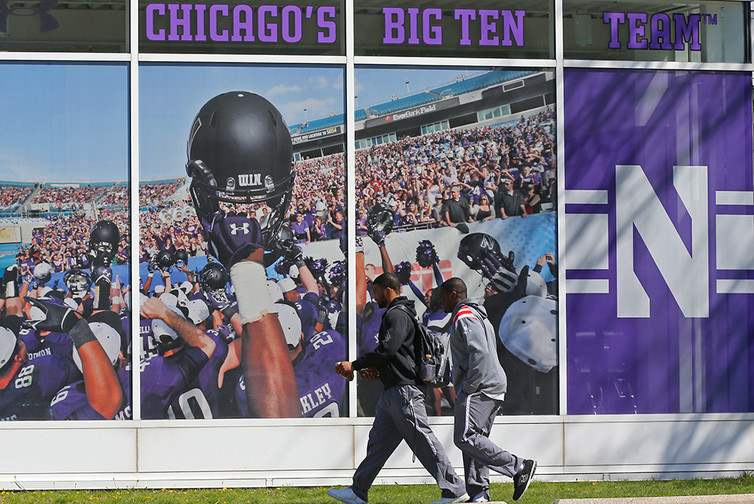 Northwestern University’s football team failed to unionize, but their fight shined a light on the challenges of being a college athlete. Reuters

Challenges ahead for women’s soccer team

The specifics of the women’s soccer team’s claim, and whether it ultimately will be legally successful, will be sorted out in the coming months.

In general, however, Equal Pay Act and Title VII claims are difficult to establish. The majority of such claims are dismissed, and employers have potent defenses. For instance, U.S. Soccer may argue that the pay differential is due to “any factor other than sex” – a powerful defense most commonly used to defeat equal pay claims. Outside economic forces can qualify as such a factor, and U.S. Soccer can be expected to cite the larger international soccer climate and any revenue it derives from FIFA, the sport’s international governing body, in its defense.

In addition, the EEOC’s (and a court’s) analysis of the issue may be complicated by questions over whether the women were operating under a collective bargaining agreement and what impact that might have on their compensation. Whether they were is another source of dispute.

Whatever the final resolution of the claim, there is no question that it occurs against a backdrop of statistics demonstrating that equal pay is still elusive for most American women.

The White House’s National Equal Pay Task Force published a report in 2013 outlining the fact that under all of the various ways to measure the pay gap between men and women, across occupations, female workers earn less than their white male peers.

The task force reported that in 2011 women earned 77 cents for every dollar earned by men, measured on an annual basis. This number is impressive, given that in 1963, when Congress enacted the Equal Pay Act, the differential was 59 cents on the dollar.

However, the fact that women still earn 23 cents less than men is troubling, given that women’s labor force participation rate has increased over 50 percent during that time and that women have made enormous educational progress, outnumbering men in earning all university degrees. Consistent with the allegations made by the women soccer players, data show that women are often paid less than men working within the same occupation and even the same job, and this differential exists across all skill levels.

As the task force points out, “decades” of research demonstrate a gender gap in pay even after other factors are taken into account, leading to the conclusion that gender discrimination likely explains at least part of the pay difference.

Notably, the task force challenges the notion that the pay gap is solely attributable to women’s choices, such as putting family ahead of work and seeking flexible schedules. In its immediate response to the complaint, U.S. Soccer made such a point, arguing that unlike the men, the women had negotiated for a more “conservative” pay structure in exchange for greater economic security and benefits such as maternity leave. 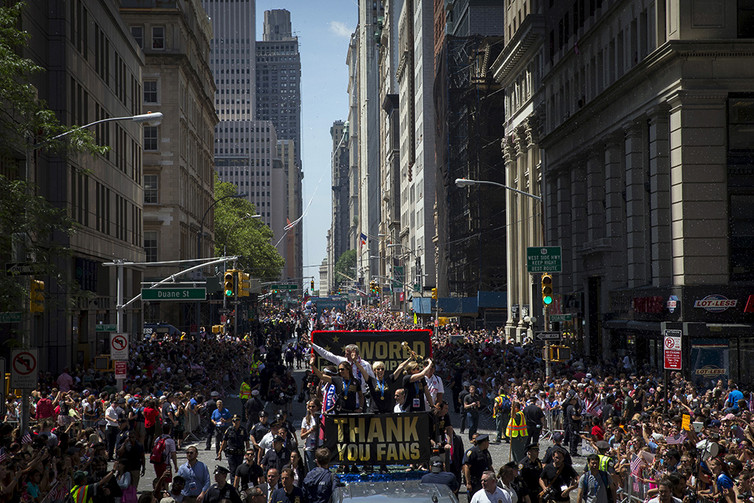 After the women’s team won the World Cup, they were feted in New York City with its first tickertape parade for an all-female sports team. Reuters

What it means for Title IX

In my view, aside from the legal merits of the players’ action and what it means for the equal pay movement, another important element is what it signifies in the broader context of gender equality in sports.

To assess that, one must consider Title IX, the well-known yet often misunderstood statute that is widely credited with dramatically changing our perceptions of women’s sports participation.

Immediately after its enactment, groups such as the NCAA lobbied to explicitly exempt athletic programs, or at a minimum those that generated revenue, from Title IX’s mandate. Those efforts were unsuccessful, as were several attempts by opponents to legally challenge the regulations that applied the statute to athletics.

Despite its long history of controversy, Title IX is considered by the public and most policymakers to be an unqualified success. In 1972, 295,000 girls participated in high school sports, compared with 3.67 million boys. Now, over 3.2 million girls participate in interscholastic sports, compared with more than 4.5 million boys. Similarly, before Title IX, fewer than 32,000 women participated in intercollegiate athletics. Today more than 200,000 do.

To achieve these impressive gains, the Department of Education in 1975 implemented the regulations applying Title IX to athletics with a different definition of equality than what is generally part of our collective understanding of what is “equal” or “fair.”

Today we think of equality as the notion that like cases should be treated alike – i.e., men and women deserve the same pay for the same work. However, back in 1972, the drafters of those regulations focused on a different problem: educational institutions were perpetuating inequality by limiting the number and type of opportunities for women.

Because institutions believed that women and girls were less interested in and capable of participating in sports, athletic administrators fielded fewer female teams, and those that did exist were often not at the “varsity” level of competition. Not surprisingly, without many opportunities, women and girls often did not seek to participate in sports.

Focusing on this problem is referred to as the structural, or “Field of Dreams,” theory of equality, in that “if you build it, they will come.” Equality is to be achieved through a modified structure for sport that would serve to develop women’s desire to participate.

In addition, this helps explain much of the controversy over Title IX because the concept of “structural equality” is different from the formal equality approach that is consistent with our intuition. These different concepts of equality are at work in the current women’s soccer controversy.

While U.S. Soccer arguably has done a good job at creating opportunities for women to participate in the sport, the women’s complaint is that they are in all material respects like the men but not treated the same way. No longer are they happy to simply have the opportunity to play.

For decades, the backlash against Title IX has centered on the argument that women and girls are less “interested” in sports than men and boys. In other words, opponents claim, men and women do not start from the same level of interest in athletics and are therefore not “alike” in their desire to participate and benefit from sports. As a result, the argument goes; women and girls are not entitled to equitable numbers or types of participation opportunities.

Courts and policymakers have rejected this argument, consistently recognizing that “interest,” through the structure of athletic programs, is socially constructed.

The use of a structural theory of equality led to dramatic increases in the number of participation opportunities for women and girls and – as highlighted by a Title IX progress report – unprecedented athletic achievement by the nation’s elite female athletes. That 1997 report specifically noted the achievements in women’s soccer, stating that Title IX’s success had already led to a World Cup Championship and an Olympic gold medal.

As we now know, there have been many more victories since. Last year’s World Cup win was the women’s third championship, and they’re again the favorites to win their fifth gold medal in Brazil. 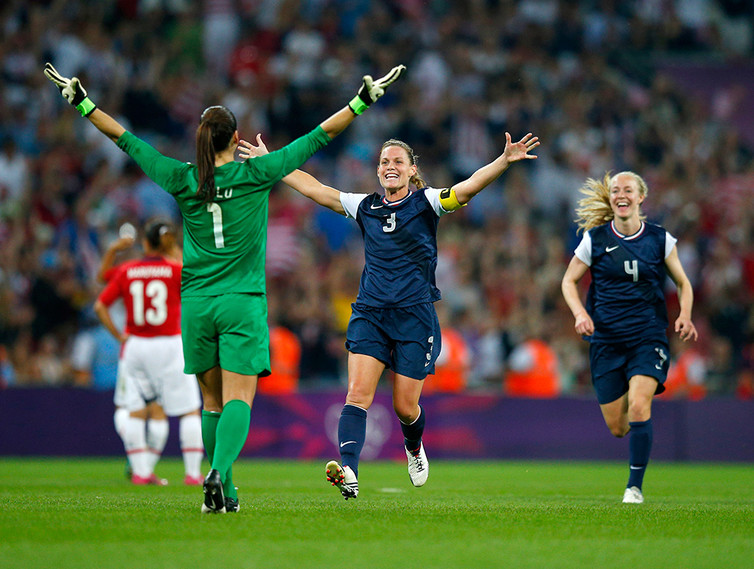 Goalkeeper Hope Solo was one of the team members to sign the complaint. Reuters

The battle for gender equity moves on

For this reason, the U.S. women’s soccer lawsuit serves as another important progress report in the effort to secure gender equity in sport.

No longer, is the focus on developing women’s interest in sport or creating participation opportunities – though that work is not yet done. Instead, the players are staking their claim on a formal equality argument, stating that they are in all relevant respects like (and in fact are better than) the men, and on that basis deserving of equal treatment.

Title IX’s legacy is that this argument is resonating, so that whether or not they ultimately prevail in court, the women have already won.