Can the Price of a Big Mac in Denmark Explain the Living Wage? 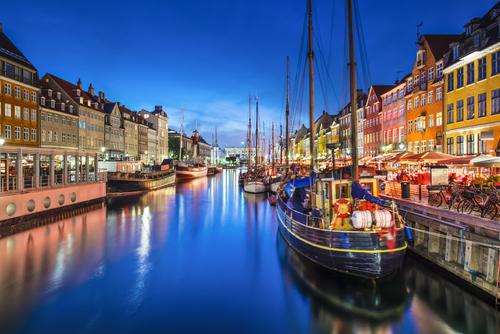 “A friend sent me an email today with a link to a column by Peter Morici, a well-known conservative economist and writer (you see him on Xerox commercials wearing a bow tie) titled: Lift Vocational Education, not Minimum Wage, to Fight Inequality."

Morici argues that we don’t need to raise the minimum wage for those jobs that pay minimum wage – that’ll only create more unemployment because companies with low wage jobs will just automate rather than pay the higher wage. He uses the example of McDonald’s investigating automation technologies to replace workers in its restaurants. Instead, he argues that we should encourage and support vocational education that will train workers for higher paying jobs. Not to step into the match, but I write about warehouse and factory automation. DCs and plants have been automating for years to eliminate the number of higher paying jobs on the shop floor, and that ain’t going to change. But, that’s not my question.

The NYT has an article about how fast food restaurants like McDonald’s and Burger King pay $20 an hour – a living wage – in Denmark.

Here are the sentences that caught my eye in the NYT article:

“In interviews, Danish employees of McDonald’s, Burger King and Starbucks said that even though Denmark had one of the world’s highest costs of living — about 30 percent higher than in the United States — their $20 wage made life affordable.

True, a Big Mac here costs more — $5.60, compared with $4.80 in the United States. But that is a price Danes are willing to pay. “We Danes accept that a burger is expensive, but we also know that working conditions and wages are decent when we eat that burger,” said Soren Kaj Andersen, a University of Copenhagen professor who specializes in labor issues.”

Bob asks an interesting question:  Is the notion of paying a higher wage – whether it’s $10 an hour, $15 an hour, or $20 an hour – a potential competitive advantage by a company touting what it does to lift domestic workers out of poverty?  Many companies today use certifications and labeling to argue that they’re charging a higher price for coffee or tee shirts to benefit workers in Ethiopia or Bangladesh.  But could that same argument be used as a basis for lifting American workers out of poverty?

This is a compelling argument.  But it boils down to whether the American public will pay more for their burger knowing that it is helping someone make a living wage.  Some of the research we have done through the Center for Environmental Farming suggests that consumers SAY they will pay more for a locally grown product – but the empirical evidence doesn’t always support that.

Andrew Pederson, a co-author on a joint article soon to be published in SCMR who has a great deal of experience working in the fair labor space, provided his input:

“My short answer is yes, though I wouldn’t accept a dogmatic view either way.  Income is absolutely the most important factor in reducing poverty and improving living conditions generally, and both vocational education and higher minimum wages would likely contribute to higher incomes.  It’s also very tricky to measure, and the corporate I’ve worked on previously have been highly politicized and deeply suspected by journalists and the general public.

So far, most consumers haven’t shifted their buying criteria very far from price, either because they cannot afford to do so or because the “externalities” now being priced back into some products are not important to them.  I would like to believe that the former is true, and that as greater production efficiency from automation and other technological innovations eliminates jobs we are quite literally unwilling to pay humans enough to do, the labor market will shift to more valuable skills that will increase incomes. As incomes increase, perhaps then a majority of consumers will be more able and willing to pay the more expensive prices that will drive lasting changes in sourcing and production.”

My colleague Andreas Wieland (who is German) actually lives in Copenhagen Denmark, and added his two cents:

“Denmark is really expensive compared to Germany, where people mainly look at the price of products. Unlike in Berlin, where I could afford going to a restaurant almost every day, this wouldn’t be possible here. However, the quality is also very high, as Danes like high quality.

Meat is usually organic here. When you look at wages you also have to see that 20 euros in Denmark cannot be compared to 20 euros in North America, as the social system in Europe has, of course, quite a high standard and the wages are especially high in Denmark.

What you can see here, too, is that Danes tend to buy a lot of organic and social-friendly products. This is, because of the higher standard of living than in the U.S., which makes such products affordable for almost everyone, but also because being eco-friendly is part of the Scandinavian culture.

I also see less Danes buying in chains like H&M than in Germany or especially in the U.S. This also indicates that Danes like high quality and are mostly rich enough to afford it. I think it is part of the culture and culture changes slowly.”

The Price of a Big Mac in Denmark: Worth the wages? is republished with permission from The Supply Chain View from the Field