Can the Employment Report Sway the Fed? 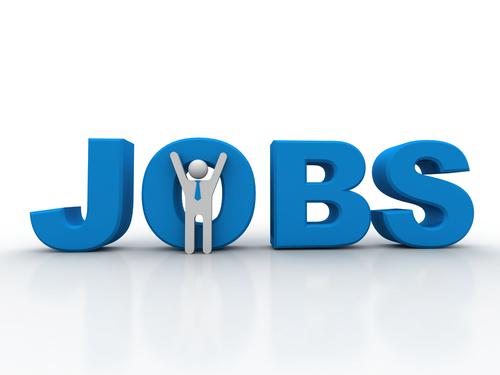 The dovish signals from the ECB failed to offer lasting support for the global capital markets.  Asia shares slumped, with the Nikkei falling to new lows since February and taking out the psychologically important 17k level.  The MSCI Asia Pacific Index fell 1%. European bourses are off about 1.75%, with all major industry groups under pressures, led by financials.

Weaker stocks and lower US bond yields has sent the yen higher.  The dollar tested the JPY120.70 area yesterday and sold off to JPY118.85 in early European activity today.   Although a dollar bid has emerged, the JPY119.60 area offers initial resistance.

The focus today is on the US employment report.  On one hand, Vice Chairman Fischer seemed to play up the significance at Jackson Hole, while NY Fed President Dudley seemed to de-emphasize it, as it will not pick up the latest market and Chinese turmoil.    Moreover, as numerous economists have noted, the August US employment report first read is notoriously unreliable.

It seems rather silly to put much stock in any one high volatile report.  It is also worth noting the broader labor market conditions.  Consider that as of July, full-time positions accounted for 81.7% of all employment, which is the highest since November 2008, though below the 83.2% peak in October 2007.  Part-time jobs taken for economic reasons fell 180k in July to 6.3 mln.  This is the lowest since September 2008.

On balance, we suspect that if the Fed's decision were to be based exclusively on the US economy, the FOMC would likely hike rates later this month.  The wild card is the instability of the global financial markets.  Many concluded after yesterday's ECB meetings, that the dovishness of Draghi further diminished the likelihood of a Fed hike.

Observers have told us the Fed cannot raise rates because of the Saudi's decision not to cut back oil output in the face of sharp drop in prices.  Others said, the mini-Chinese devaluation and the plunge in Chinese stocks means that the Fed cannot raise rates.  Now it is Draghi and the ECB that has taken away the Fed's ability to act.   This seems to us to exaggerate international variables in the Fed's policy-making equation.

At the same time, the draft statement from the G20 meeting recognizes that the uncertainty over the outlook of Fed policy may be contributing to the volatility of the capital markets. While the IMF has opined that the Fed should wait until next year to hike, the OECD's Secretary General quoted on the news wires about seeing some advantages of an early rather than later Fed move.

Canada also reports employment figures today.  The consensus expected a loss of about 5k jobs after gaining 6.6k jobs in July.  In July, Canada lost 17.3k full-time jobs and added almost 24k part-time positions.  The Bank of Canada meets on September 9.  Expectations are for no policy change.  However, disappointing employment report could spur a reassessment, especially if one concludes that a Fed hike is not going to materialize.

Note that capital flight from China is evident in Hong Kong.  It has driven the Hong Kong dollar to the top of its band against the dollar.  The HKMA confirmed intervention on Tuesday and Wednesday before Thursday's holiday.  It appears that it had to step in again today, though there was no confirmation.

The G20 meeting poses some headline risks.  On the key issue of China, officials are unlikely to provide much in the way of convincing assurances that the worst is past.  It is not that they will not try, but the situation is very fluid, and frankly, unpredictable.  While the fall in stocks captures the popular press focus, the more important issue is what appears to be the popping of the property bubble.

Note too that before the US jobs data, the Fed's Lacker, a noted hawk, gives a speech on the "Case against Further Delay".

Equities Slump, Focus Shifts from ECB to US Jobs is republished with permission from Marc to Market