Can a Rapidly Aging Singapore Stave Off Economic Disaster? 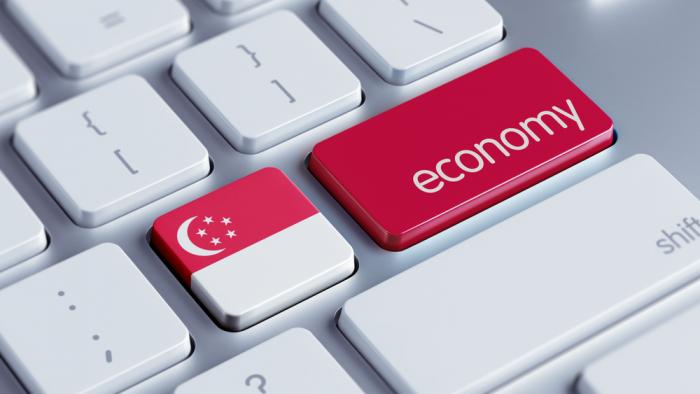 Drastic improvements in life expectancy and a sharp fall in the country’s birth rate have led to rapid population ageing. Between 1965 and 2014, life expectancy jumped by 16.1 years, while the birth rate plummeted from 29.0 births per 1000 population to just 9.1. The net result is a rapidly ageing population and the trend is unlikely to reverse anytime soon. Singapore is sitting on a demographic time bomb.

The rate at which Singapore is ageing is remarkable. Singapore will go from being an ageing to a super-aged society in just 27 years. Japan, China, Germany, and the United States took or will take 36, 32, 76, and 86 years to make that transition respectively. This rapid speed implies that Singapore will have less time to prepare itself for the looming ‘silver tsunami’.

Singapore has always counted on its human capital for national development, but — at current fertility and mortality rates and with zero migration — the population will start shrinking as early as 2030. If maintaining a normal migration flow, the population will begin shrinking in 2047. To survive the next 50 years, the country needs innovative solutions to defuse this demographic time bomb.

The government will be under pressure to increase spending for aged care. One solution is to shift the fiscal burden to the younger population in the form of higher taxation. However, this approach risks intergenerational inequity and tensions when the voting power of the younger population declines vis-à-vis the larger older population. In 1965, the old-age dependency ratio in Singapore was 4.9; by 2026, it projects to hit 30.1 — for every 100 working age adults, 30.1 will be dependents.

An ageing population will lead to a reduction in military strength. The Singapore Armed Forces is mostly male conscripts. The number of 18-year-old males peaked in 2012 at 37,619. By 2026, it expects to fall to only about 32,050. When the total population starts to shrink in 2047, the number will have fallen to just 29,906 — a reduction of 20.5 percent from its peak.

A shrinking population also hampers economic growth by reducing the supply of young labour. As the labour force contracts, national output will fall unless, there are significant gains in labour productivity. The core labour force (those aged 25–49) in Singapore is expected to peak in 2020 at approximately 2.15 million workers. By 2047, we expect to see a shortfall of 341,570 workers — a 15.9 percent drop — from its height. For a country that spends 3–5 percent of its GDP on defence annually, slower economic growth will impact military expenditure too.

So how can Singapore manage these demographic challenges?

Current measures to care for the aged do not consider the desire of many to age within their own communities. Singapore is starting to change this. Many of the deployed technologies under the Smart Nation initiative will help senior citizens to age safely in their own homes. Telemedicine — the use of cutting-edge information communication technology and self-administered medical gadgets to provide remote medical diagnosis, treatment and care — could reduce non-essential visits to the hospital for senior citizens. Meanwhile, autonomous, self-navigating vehicles will enhance senior citizens’ mobility when they do need to travel.

Between 1999 and 2013, Singapore’s health expenditure rose from 2.8 percent to 4.6 percent of GDP. Much of this increase can be attributed to a twofold jump in the number of people aged 65 or above. By leveraging on certain emerging technologies, they can contain future increases in health expenditures. For instance, a new class of biotech drugs called biosimilars is 20–30 percent cheaper than their biologic counterparts is but just as effective and safe. Already prescribed in Europe and Australia, biosimilars make difficult and expensive treatments more affordable.

As the population shrinks, it is also vital to ensure that the economy continues to prosper and does not compromise Singapore’s defence capability. With rapid advances in ‘deep learning’ systems, advanced robots that can outperform humans in some tasks may soon be reality. McKinsey Global Institute estimated that by 2025, automatons could produce the output of 110–140 million full-time workers, so it is conceivable that they might one day address the country’s population shortfall. From being caregivers to labourers to sentries, automatons could well be ubiquitous in the future.

Severe, rapid ageing need not spell the end for Singapore. It presents real opportunities too. Singapore is not the only ageing society in the world — there are many. With a global ‘silver economy’ estimated by Merrill Lynch to be worth US$15 trillion by 2020, the first-mover advantages and lessons learned from the application of emerging technology to tackle ageing could prove invaluable for Singapore.