Can You Spot Me 35 Quadrillion Zimbabwe Dollars for a Cup of Coffee?

•
Zimbabwe
•
by
The Conversation 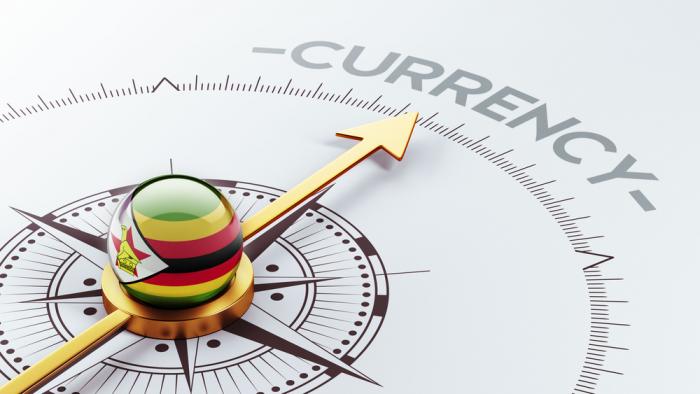 Zimbabwe dollars will be decommissioned at a rate of 35 quadrillion per US dollar (that is Z$35,000,000,000,000,000 for US$1). Any remaining Zimbabwe dollars in circulation after September 30 2015 will be officially, as opposed to practically, worthless. This is ditching a currency.

Withdrawing all Zimbabwe dollar banknotes from circulation officially ends the era of people carrying cash around in large bags and even wheelbarrows to do their everyday shopping. In 2009, the end of the decade long recession saw the government adopt the US dollar as its main currency. Since then people have effectively used US dollars or South African rand in everyday life, while an increasingly small number of Zimbabwe dollars (with virtually no value) remained in circulation.

Zimbabwe adopted the Rhodesian dollar in 1970, following decimalisation and the replacement of the pound sterling as the currency. At the time of independence in 1980, the Zimbabwe dollar replaced the Rhodesian dollar, which was then worth US$1.50. Since then, rampant inflation, corruption, unresolved infrastructure bottlenecks, President Robert Mugabe’s controversial land reform programme, and general economic mismanagement have led to the collapse of the economy and a severely devalued currency, with many organisations using the US dollar instead.

Once stability returned, most countries redenominated prices by introducing a new currency: Germany introduced the reichsmark in 1924, Brazil the real in 1994, Mexico the nuevo peso in 1993, (and back to peso in 1996). In these cases demonetisation was effectively a process of redenomination – where the value of banknotes are changed, partly out of accounting convenience and partly to signal the arrival of a new era of more stable economy.

Zimbabwe’s process of hyperinflation and scrapping its currency, however, stands out. For one, Zimbabwe had previously redenominated its currency in 2006 (1 revalued dollar = 1,000 old dollars), 2008 (removing another ten zeros) and 2009 (removing a further 12 zeros). In addition, the 35 quadrillion per US dollar exchange rate at which the Zimbabwe dollar is being decommissioned is certainly overwhelming when compared to today’s relative stability in other emerging currency markets.

However, more interesting is that Zimbabwe has multiple currencies as legal tender alongside the Zimbabwe dollar. First, it was the US dollar in 2009. Then in 2014, the Reserve Bank of Zimbabwe introduced a mix of currencies, using those of its neighbours as well as some major trading partners. Specifically it was the South African rand, Botswana pula, pound sterling, euro, Australian dollar, Chinese yuan, Indian rupee, and Japanese yen.

While different currencies coexisting during precarious economic conditions are not rare, the combination of multiple currencies as legal tender is unusual. Most other countries that have given up on their local currency adopted a strong foreign one as the new money.

For example, Panama, Ecuador, and El Salvador became fully dollarised economies in 1904, 2000 and 2001, respectively. By adopting the US dollar as legal tender, they pass on the control of their money supply to the US treasury, limiting the government’s control over its economy.

Adopting multiple currencies could have been an act of economic desperation. Initially the move would have brought more cash into circulation, as a liquidity crisis meant some banks had stopped lending, making imports difficult. But it also institutionalised practices where merchants in the capital Harare priced their goods in US dollars, visitors to the Victoria Falls paid South African rands, while miners traded in Australian dollars.

Now, eight currencies constitute legal tender, excluding the Zimbabwe dollar. This means that there is the possibility of seeing prices quoted in US dollars, but you can pay in any of the acceptable currencies. For instance buying dinner in euros and receiving a combination of Chinese yuan and Indian rupees in change.

This might not happen often, but merchants will generally accept multiple currencies, knowing they can put them to the government. The issue of what exchange rates the merchants will impose remains open, however. A cell phone app with up to date FX rates will be a necessity for anyone living, working or even visiting Zimbabwe.

Eventually, Zimbabwe is likely to have to choose one currency to proceed with, as juggling eight different ones is unsustainable and administratively costly. The US dollar is probably the most likely outcome. However, one wonders whether the Zimbabwe dollar might make a comeback in the near future (or after President Mugabe gives up power).

Zimbabwe ditches its dollar, ending an economic era is republished with permission from The Conversation