Can More Than Energy Bind Tokyo and Moscow? 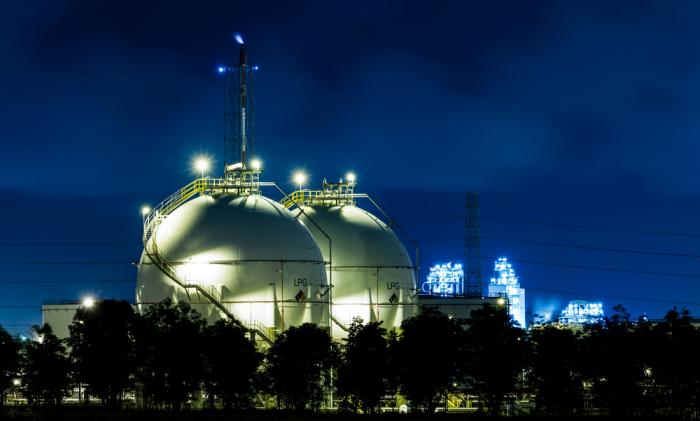 As Russia sees OPEC’s ability to influence markets diminishing, it will likely push ahead in presenting itself as a major alternative supplier of oil. Cooperation between Japan and Russia on energy provides important mutual benefits. For Russia, the Japanese market diminishes the risk of Russian overdependence on the Chinese market. For Japan, Russian energy decreases Japanese dependence on the Middle East. This is crucial for Japan not only due to the volatility of the Middle East, but also because of rising tensions in the South China Sea.

For all energy exporting countries there is a perennial risk of overdependence on fuel sales as a primary source of income. However, in the case of Japan–Russia relations, there is a risk of overdependence on energy exports in a political, as well as economic, sense. Without concurrent cooperation in areas such as diplomacy and territorial dispute resolution, energy sales will become the only mainstay of improving bilateral relations between the two countries.

The Kuril Islands/Northern Territories dispute has not stopped Japan and Russia from developing relations in areas other than energy. In 2014, Japan became the Asian country with the largest volume of investment in Russia. The two countries have also announced a common priority of developing the Russian Far East.

Yet both sides have publicly expressed a consensus that Russo–Japanese relations remain underdeveloped, and that their territorial disagreement is a major impediment to the realisation of a more profound bilateral partnership. Commentators frequently describe the Japan–Russia territorial spat as being ‘compartmentalised’ — in other words, separated from other more positive aspects of Russo–Japanese relations.

The ability of Moscow and Tokyo to move past the Kuril Islands/Northern Territories disagreement as the defining factor in their relationship is key to cooperation on a broader range of issues. Unfortunately, many analyses remain pessimistic about Japan and Russia’s ability to overcome their disagreement and implement a peace treaty. It is unlikely that an agreement will be met any time soon.

Against this ongoing quandary, analysts cite cooperation on energy as the mainstay of a potentially cooperative Japan–Russia relationship. Yet Russian overreliance on energy sales to Japan as a means of building relations is essentially the diplomatic equivalent of being a one-export economy. Relying primarily on energy cooperation makes it easy for the two countries to neglect other aspects of their relationship.

Compounding this is the fickle nature of business itself. Nothing in global politics is certain, and an excessive reliance on energy ties for fostering friendly relations is particularly problematic. Basing Japan–Russia ties primarily on energy runs the risk that the bilateral relationship will become a prisoner to market forces, such as fluctuations in oil prices. One of Russia’s top priorities regarding Japan should be to diversify the foundations upon which it bases its bilateral relationship.

Japan and Russia have already shown a propensity for cooperation in other areas, including security. Japan has engaged in positive outreach toward Russia, though not some of its other neighbours like South Korea, this year in reaction to provocations from North Korea. After North Korea’s fourth nuclear test and a rocket launch, Abe and his government made a point of reaching out specifically to Russia for a coordinated response.

Public diplomacy is also another area of great potential between the two countries. Despite the ongoing feud at official levels in Moscow and Tokyo, many ordinary Japanese and Russian citizens in the areas near the two countries — including the population on the Kuril Islands/Northern Territories themselves — have shown a propensity for cooperation and interdependence.

Russia’s Far Eastern territories enjoy strong relationships with several of Japan’s prefectures, especially on the level of so-called ‘people’s diplomacy’. In the disputed Kuril Islands/Northern Territories, the ethnically-Russian population has, over the years, developed a great deal of contact and sound relations with the people in the northern part of Hokkaido. Their mutual dependence and exchange has made these communities arguably closer to each other than to their respective capitals.

With a prospective meeting between the Japanese and Russian heads of state tentatively scheduled for September, there is no shortage of talk between the two sides on deepening bilateral ties. Behind these public professions are several concrete areas for potential cooperation, on which both the Japanese and Russian governments can capitalise. Vigilance will be required to avoid the snare of excessive reliance on energy as a tool for augmenting relations.

See also: Should Japan Rethink its Relationship with Russia?