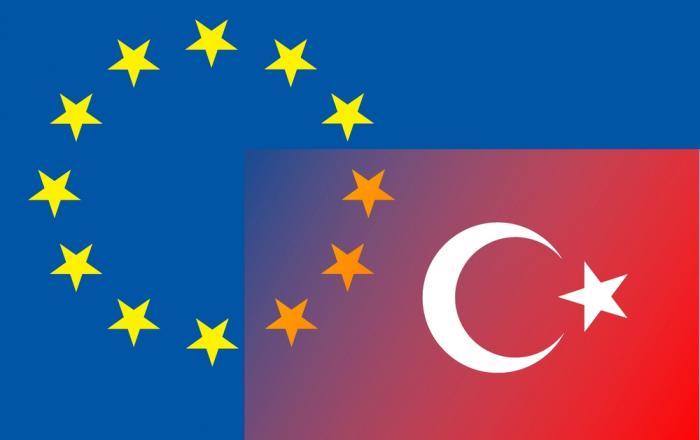 Turkey’s failed military coup last month rocked the foundations of its political system, yet in some ways the country has emerged stronger and more resilient.

In addition, that’s precisely what Turkey needs to deal with one of its biggest and oldest challenges: the Kurdish minority and the PKK separatists who took up arms against the Turkish military 32 years ago this week.

The popular protests that ended the July 15 coup less than 12 hours after it started evolved into a collective affirmation of Turkey’s commitment to political democracy, culminating in a rally of more than a million people earlier this month.

Although the government’s crackdown on perceived supporters of U.S.-based cleric Fethullah Gulen has raised some concerns in Western capitals about that commitment, it nonetheless provides an opening to reexamine the current cultural and political status of Turkey’s Kurdish citizens.

President Recep Tayyip Erdogan and his Peace and Justice Party (known as AKP) has emerged stronger than before, so he can afford to take a bold step to address the Kurdish crisis, which has cost Turkey thousands of lives, millions of internal migrants and billions of dollars in property damage.

However, how to do that with both sides so embittered and entrenched after years of fighting?

As an observer of Turkey’s social and political developments for more than two decades, I suggest a fresh approach to the problem that should ease Turkish fears of Kurdish separatism as well as Kurdish fears that they have few rights. It depends on whether Turkey is ready to honor its ideals and fulfill the promise that its founder, Mustafa Kemal Ataturk, made to the Kurds in return for their support for his war of independence. Can Erdogan fulfill Ataturk’s promise to the Kurds? Vincent Kessler/Reuters

From the ashes of the empire

That’s when the trouble began, as Turkey emerged from the ashes of the Ottoman Empire – known for its multiethnic diversity – in 1923.

After the empire’s collapse, Ataturk sought to build a modern republic on two cultural policies. First, he suppressed Islamic and traditional cultures in favor of a Western and modern lifestyle for all citizens. Second, he suppressed ethnic identities and tried to create a unified Turkish identity.

The group most affected was the Kurds. Ataturk had promised to let them preserve their language and cultural identity in exchange for their support in ousting the Allies after World War I but later broke his word and initiated more than eight decades of cultural and linguistic homogenization.

In the 1990s, Turkey’s military engaged in a costly war with the PKK, founded in 1978 and regarded as a terrorist organization by several other countries including the U.S. When he came to power in 2002, Erdogan began to gradually reverse these policies. A decade later, he initiated peace negotiations and a ceasefire with PKK leader Abdullah Ocalan.

Ocalan agreed to abandon his separatist demands and cease paramilitary operations in exchange for political and social rights for the Kurds.

Unfortunately, the negotiations and ceasefire collapsed after a suicide bombing targeting Kurdish activists prompted a new round of PKK violence in July 2015. Erdogan later pledged to destroy the PKK and all Kurdish resistance groups that resort to violence.

This policy of fighting without negotiations and imposing severe restrictions on the Kurds – such as long daily curfews and martial law – in my view is not enough to defeat the uprising.

Some have been calling on Erdogan to back up his post-coup talk of democracy by resuming peace negotiations. Though renewed fighting has created an environment of distrust, a new strategy to end the crisis is desperately needed.

That brings me to what I call my “max-min proposal” as a step toward resolving this decades-old conflict. A key point is that it would be a unilateral initiative by the Turkish government, without the need for negotiation or coordination with the PKK.

The policy has two parts: the max and the min.

The min refers to a minimum level of tolerance (read zero) for separatism by any ethnic group. It’s a policy already in place and necessary because there is unanimous agreement among Turks on preserving Turkey’s territorial integrity. Any policy package by the AKP must start with this commitment.

Max stands for maximum respect for political, cultural and linguistic rights of Kurds as an ethnic minority in Turkey. The cultural dimension of this policy recognizes the right of Kurds to preserve their ethnic language and culture identity – while keeping Turkish as the official language.

Providing Kurds with the right to teach and consume media in their own language – as well as equal democratic political rights – would create an environment of fairness and justice in which Kurds would feel confident as equal citizens.

Since taking power, the AKP has initiated several partial steps toward recognition of these rights. These steps, which were mostly introduced in 2009, included a Kurdish language television station and permission to offer Kurdish language classes in universities and private institutions. They were undertaken in an effort to meet the human and minority rights requirements for joining the European Union and to increase the popularity of the AKP in the Kurdish regions. Yet these rights have been only partially implemented.

Successful implementation of these rights, however, would require a change in public opinion. Now, expressions of Kurdish culture are perceived as a threat to national unity among a sizable segment of the Turkish population. Success will depend on changing minds. On this note, there’s some reason to be optimistic because there was little significant opposition to the progress of the peace talks with the PKK.

As for the Kurds, several public opinion surveys indicate that a large majority would welcome such a unilateral offering of rights. This support would come from moderate Kurdish political leaders such as Leyla Zana, a member of the Turkish parliament who has rejected the PKK’s separatist goals. Full cultural and linguistic rights would likely empower the moderates and isolate the separatists.

The political unity that Turkey is currently enjoying in the aftermath of the failed coup creates a unique opportunity for Erdogan to initiate negotiations with other Turkish political parties to gain a strong majority and political consensus for these reforms. Turkish President Erdogan and his wife Emine Gulbaran at a pro-democracy rally this month. Osman Orsal/Reuters

Many of the benefits of this proposal are fairly obvious, while others may be more obscure, but they add up to a powerful argument for choosing a unilateral path of cultural accommodation rather than one of war or endless negotiation.

Besides likely reducing support for the separatists, it’s also a just policy that would earn Turkey international respect at a time when it’s feeling isolated after its post-coup crackdown.

It would legitimize Turkey’s advocacy for the cultural and political rights of Turkish minorities in other countries. How can Turkey campaign for the rights of Turkmen in Iraq, Chechens and Tatars in Russia and the Uighurs in China if it’s suppressing Kurds at home?

As for those who prefer a military solution, public opinion surveys indicate that majority of Turkey’s citizens believe that the crisis can’t be resolved this way. The Turkish military may enjoy complete supremacy, yet peace will remain elusive as long as the underlying grievances persist.

Resolving this crisis is also of regional geopolitical importance. The U.S. relies on Kurdish fighters in Iraq and Syria in its battle to take back ground from the Islamic State. Turkey’s conflict with its own Kurdish population has complicated the war against IS.

Finally, it would be a major step toward fulfilling Ataturk’s original promise to the Kurds.

As a final note, it must be acknowledged that enhancing the cultural and political rights of Kurds is likely to reduce their desire for separatism but it is unlikely to end the Kurdish desire for regional autonomy.

These demands cannot be resolved unilaterally by the Turkish government and would require political negotiations between the government and a representative body of Kurdish political leaders.

Such a negotiation, however, will take place in a more positive and cooperative atmosphere if Kurds already feel confident about the protection of their cultural and political rights in a democratic and tolerant Turkey.