Brexit Explainer: An Expert Weighs In 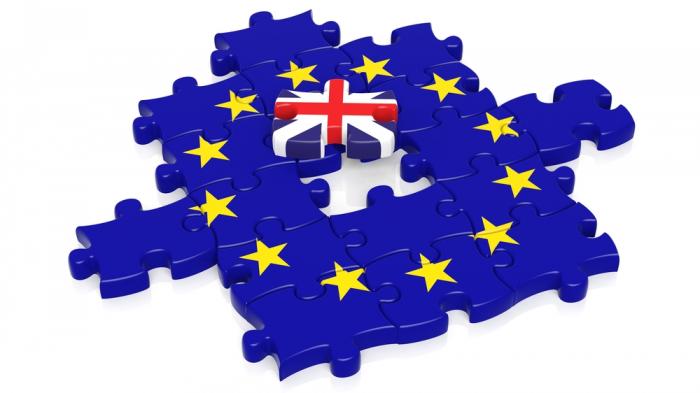 The result of the U.K. referendum on European Union membership has been a surprise and massive shock to so-called “expert” opinion.

In addition, not just to academic opinion: The betting markets, which are supposed to be inhabited by experts at setting odds, were assigning just a one-in-seven probability to a majority for “leave” on the eve of the vote.

How then are we to understand this surprising outcome?

In my view, understanding it starts with acknowledging the dismal performance of the British economy, which was arguably the real underlying subject of the referendum vote.

Government figures released earlier this year showed that Britain now has the largest productivity shortfall relative to the other G7 countries since official record keeping started in the early 1990s. Hopes in the first half of last year that the country’s tepid productivity growth might be accelerating were disappointed by subsequent data releases. Productivity in manufacturing is particularly bad, lower in 2015 than in 2010.

Stagnant productivity has meant stagnant wages and living standards. The problem is acute insofar as income gains in the U.K., like in the U.S., have accrued disproportionately to the top one percent and, in the British case, to greater London, where “leave” support was least.

It is worse insofar as unemployment is concentrated disproportionately among the less skilled – where the less skilled, again, were most inclined to vote leave. It is worse still to the extent that the social services, on which working-class people rely, notably the National Health Service (NHS), have been cut to the bone.

There is no easy solution to the productivity problem, only hard choices and costly investments. Easier than confronting the problems in question, therefore, are to blame immigrants and heavy EU regulation, as many leave supporters were inclined to do.

However, in fact, the U.K. has the most lightly regulated economy in Europe, and it is not immigrants who are responsible for the low productivity of British manufacturing.

To be sure, addressing the real problems through more investment in infrastructure, research and development, education and training will take time. But this will at least give workers hope and, in this way, an alternative to Nigel Farage, the head of the UK Independence Party and a leader of the leave campaign.

Similarly, the government’s new National Living Wage, a higher minimum wage for workers aged 25 and over, will encourage firms to invest more in technology and training. It will also begin, if only begin, to address anger over inequality that is vented, albeit irrationally, on immigrants.

Adequate funding for the NHS and other social services can also help create the social solidarity needed to maintain public support for an open, internationally integrated economy. It is a well-known empirical fact – the Harvard economist Dani Rodrik famously established the point – that more open economies have larger governments.

Government has to provide insurance, in the form of temporary income maintenance and retraining, for workers displaced by foreign competition. It has to provide the education and infrastructure needed for them to compete with low-cost foreign labor. If it fails to do so, support for economic openness and integration will wither.

The British government under David Cameron and George Osborne neglected these responsibilities. Not surprisingly, supporters of leave saw the referendum as an opportunity to express their dissatisfaction not just with the EU, the symbol of openness, but also with their own government.

Given the outcome of the referendum, many people will be asking has “peak globalization” now been reached? Are we about to see a backlash against international integration more generally?

The answer could be yes, but only if governments fail to recognize that for globalization to be sustainable, they need to take public policy steps to ensure that its benefits are widely shared. If they fail to do so, their countries go the way of the U.K., and their leaders will meet the fate of David Cameron, who will step down.

What explains Britain’s Brexit shocker? is republished with permission from The Conversation

See also: That the UK's EU Referendum is Happening at All is Significant