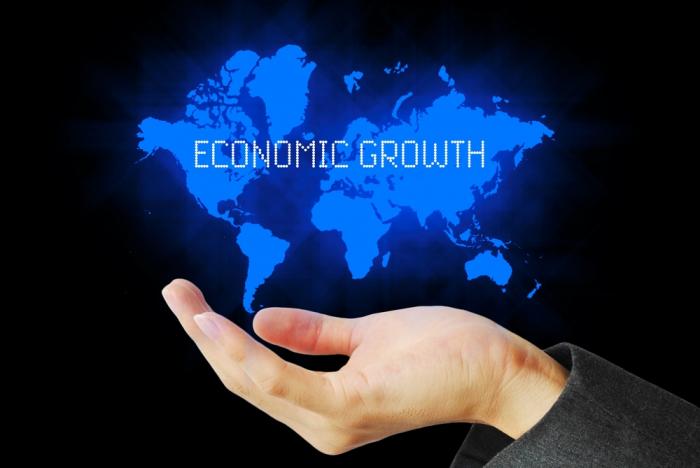 The Economist posted this Great Graphic in June but it is arguably even more relevant today.   It shows world growth broken down into four contributors, China, the US, India and ROW (rest of the world).  Europe fits into this catch-all category.

It is measuring world growth based on 48 countries that account for 86% of the world's GDP.  It also weighted the GDP at purchasing power parity, rather than nominal currency levels. 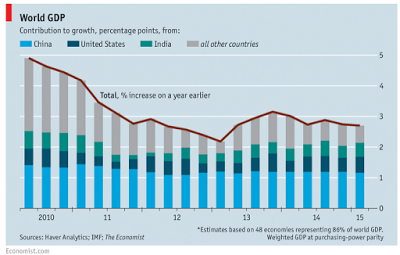 The key point that The Economist brings to our attention is that world growth has not simply slowed, but it has become more concentrated as well.  The US, China and India accounted for 80% of the world's growth in Q1 15.  The second quarter looks to have underscored that message.  We already know that the US economy accelerated (and the 2.3% annualized pace is likely to be revised to possibly above 3%).  China reported the same that seasonally adjusted Q2 GDP at 1.7% up from 1.4% in Q1 (leaving aside the skepticism of the accuracy of its measure).  India, reported Q2 GDP on August 31.  Separately, we know that growth in the euro area ticked down, while Japan contracted.

Emerging markets, outside of China and India contributed about 1/8 of global growth in Q1.  This is the smallest proportion since late 2009.  It does not appear to have bottomed.  Russia and Brazil are contracting.  Mexico was little changed in Q2 from Q1.  South Korea's Q2 GDP is out in early September and it too looks little changed.

Great Graphic: Concentration of World Growth is republished with permission from Marc to Market