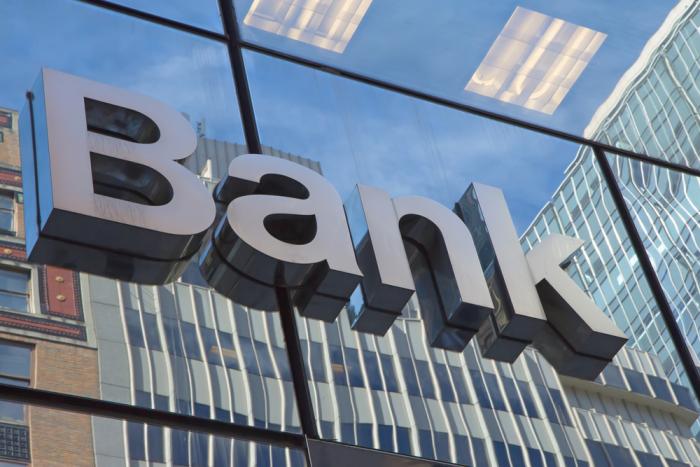 Large banks had long been trusted by many and their connection to many of the world’s largest financial institutions seemed to be an attraction for depositors and borrowers. This was probably one reason that the ‘too big to fail’ (TBTF) problem was born. Big banks have been subject to a lot of scrutiny after the global financial meltdown in 2008. During the crisis, banks remained huge and posed systemic risks that were large enough to take down the entire financial system and eventually the economy. This was one of the many reasons they were bailed out by the Federal Reserve during 2008 financial turmoil with an exception to Lehman Brothers. Since then, big banks have continued to function on even a larger scale than before. It was argued that saving them gave birth to a bigger problem other than TBTF: moral hazard.

According to David C. Wheelock, ‘moral hazard is the tendency for insurance to encourage risk-taking and, thereby, make an insurance payout more likely.’

Bailouts in 2008 assured big banks that the government would not allow them to fail during a financial collapse and so they continued to take excessive risks. Stricter rules and reforms were introduced so as to solve the problems related to these ‘too big to fail’ banks. Stress tests held by Federal Reserve allowed big banks to meet strict capital requirements ensuring that they are well-cushioned during the time of crisis similar or bigger to the 2008 sub-prime crisis.

However, after the financial turmoil in 2008, big banks faced many scandals, which led to lawsuits due to poor regulations, sloppy governance, increased shadow banking and greed for larger profits. In 2014, a survey showed that forty-five percent of Americans are big-bank customers and most have lost their trust in big banks. Wall Street and mortgage lenders fared even worse, with fifty seven percent of people reporting that they’ve lost faith in big financial institutions.

Rogue trading, discriminatory acting practices, mis-selling of payment protection insurance, LIBOR rigging and insider trading were only some of the disclosed scandals in the banking history. In 2012, Britain’s Financial Services Authority (FSA) fined UBS $47.6 million, for failing to prevent a $2.3 billion loss caused by the bank's trader. Lack of supervision from top managers, weaknesses in the internal controls of its investment-banking unit and the Umbrella Fund that was created to include fictitious assets to cover-up losses were the cited reasons for this rogue trading. It was slowly quite evident that such misconducts were a common practice in big banks that were trusted by millions.

In 2012, Barclays was fined $454m by British and US regulators for manipulation of LIBOR and Euribor interbank rates between 2005 and 2009. As many as 20 big banks were named in various investigations or lawsuits alleging that LIBOR was rigged. These included Bank of America, Citi, Credit- Suisse, Deutsche Bank, Lloyds, HSBC, HBOS, JP Morgan, UBS, and RBS. The London Inter-bank Offered Rate (LIBOR) is currently set in London and is meant to reflect the average rate that banks pay to lend to each other. The LIBOR interest-rate scandal dates back to 2005. It underpinned trillions of pounds worth of loans, mortgages and financial contracts in Europe and the US. According to Forbes, the Swiss banking giant UBS, will be paying a $202 million fine tearing up a previously agreed 2012 deferred prosecution agreement with U.S. regulators and accept a three-year probation. The bank will also pay the Federal Reserve and Connecticut Department of Banking a total of $342 million for “unsafe and unsound business practices” related to its FX market activity.

On February 8,2015, according to leaked account bank files (including the Guardian, Le Monde, BBC Panorama and the International Consortium of Investigative Journalists), it was revealed that HSBC Swiss Branch helped wealthy customers evade taxes and conceal millions of dollars in their accounts. The process of Swiss leaks dates back to 2007 when an IT Specialist working for HSBC Swiss branch hacked into customers accounts. He was forced to flee and France detained him but kept him under protection on realizing that the data he had was very important to get hold of some big French money swindlers. HSBC is the second largest bank in the world and this is not good news for sure and highlights breach of privacy (on part of the hacker) AND raises questions on the ethical system of banking for HSBC. The Bank’s misconduct is being public now with undeclared accounts making it to the long list of Swiss Leaks.

In 2015, five big banks (namely Citigroup, JPMorgan, Chase, Barclays and Royal Bank of Scotland) pleaded guilty of violating the foreign exchange markets. Their offences ranged from manipulating the value of dollars and euros to rigging interest rate.  A total of $2.5 billion is imposed on the mentioned banks, which they will have to pay to the Justice Department. The Justice Department said the banks' parent companies were being charged since the wrongdoing was widespread, and that the banks' punishment was "fitting considering the long-running and egregious nature of their anticompetitive conduct." Attorney General Loretta E. Lynch said that the deal showed that the government “intends to vigorously prosecute all those who tilt the economic system in their favor [and] who subvert our marketplaces.”

Big banks have been shielding away and have been time and again been in the news for all the wrong reasons. Manipulation of financial markets is no less than a criminal behavior and whether big banks are being punished for that remains a mystery. According to Jordan Weissmann, not long ago paying a hefty fine by the big banks and signing a “deferred prosecution agreement” were enough to punish big banks but whether the government’s lawyers have gotten braver still remains a mystery. According to Reuters, this is "the first time in decades" that any American megabank has pleaded guilty to a criminal charge.

The question that is very important is whether pleading guilty to repeated manipulation solves the problem that the big banks face. The increased evidence of unethical behavior in the banking system is just a small chapter in the history of big bank scandals.

See also: You Paid How Much for that Foreign Currency?