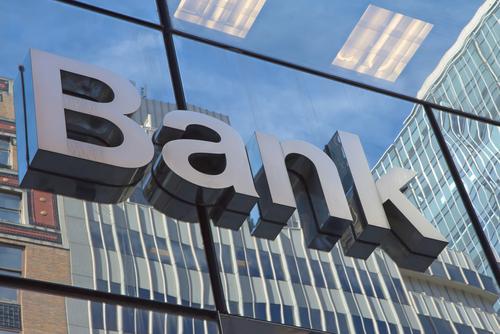 Ethics & Banking are supposed to be strongly related to each other, which could potentially lead to strong governance and a stable economy. However, in recent years, poor regulation, sloppy governance, shadow banking & greed for profits has led to a global economic collapse. The collapse witnessed many lawsuits against banks and a loss of public confidence in the system. It was seen that banks had tried to make personal profits when there was global financial crises. Since then, what followed has been series of unethical behavior on the part of the banking system, which is supposed to provide a backbone for a strong financial system.

• Banking is no longer a domestic affair. With a global presence, banking system is highly interconnected.

• A strong banking system means that it has to withstand the risks that may affect the economy of a country.

• Banking has to be value based and should invest more in people rather than focusing on profits.

• Serious banking scandals & insider trading recently have led to a loss of confidence amongst customers. Banks need a makeover and need to abide by basic moral values.

• Governments have time and again been working on laws for Bank but it does not seem to have too much effect on the current scenario of the banking system.

On February 8, 2015, according to leaked account bank files (including the Guardian, Le Monde, BBC Panorama and the International Consortium of Investigative Journalists), it was revealed that HSBC Swiss Branch helped wealthy customers evade taxes and conceal millions of dollars in their accounts. The process of Swiss leaks dates back to 2007 when an IT Specialist working for HSBC Swiss branch hacked into customers accounts. He was forced to flee and France detained him but kept him under protection on realizing that the data he had was very important to get hold of some big French money swindlers. HSBC is the second largest bank in the world and this is not good news for sure and highlights breach of privacy (on part of the hacker) AND raises questions on the ethical system of banking for HSBC. The Bank’s misconduct is being public now with undeclared accounts making it to the long list of Swiss Leaks. The biggest banking leak not only raises questions on legal actions but also on the ethical system of the banks we trust!

Banking forms a crucial part of the financial system and therefore plays a pivotal role in shaping or breaking a country's economy. In recent years, banking has become more than like business selling products which customers are either not interested in or find it too complicated to understand. Unethical standards by even few employees can cause a huge damage to the reputation of a bank. Loss of public confidence in a country's banking system can lead to financial collapses. We focus on some of the major banking scandals that led to the loss of the confidence amongst people.

Rogue Trading, discriminatory acting practices, mis-selling of payment protection insurance, LIBOR rigging and insider trading are only some of the disclosed scandals in the banking history. It is now up to governments and bank authorities to see that the principles are adopted and acted upon.

2011 witnessed the arrest of Kweku Adoboli, a rogue trader (an authorized employee who make unauthorized trades on behalf of his/her employer) at the Swiss Bank UBS London office for a $2.3 billion loss. In 2012, Britain’s Financial Services Authority (FSA) fined UBS £29.7 million ($47.6 million,) for failing to prevent a $2.3 billion loss caused by the bank's trader.

• Lack of supervision from top managers

• Weaknesses in the internal controls of its investment banking unit

• In the trial, Kweku Adoboli went on to say that ' it was a common practice' for the bank.

• In 2012, Wells Fargo Bank, the largest residential home mortgage originator in the US agreed to pay at least $175 million to settle U.S. Department of Justice accusations. It was accused of discriminating against qualified African-American and Hispanic borrowers giving them more costly subprime loans or charging them higher fees.

• In December 2012, Bank of America paid $335 million in a settlement over similar practices at Countrywide Financial, which it bought in 2008.

• The Justice Department accused Countrywide of discriminating against at least 200,000 qualified African American and Latino borrowers from 2004 to 2008.

• PPI or payment protection insurance, is supposed to cover debt repayments in the event of inability to work, but has been miss-sold in millions of people in recent years. PPI policies have been sold alongside mortgages, loans and credit cards since the 1990s. The Financial Services Authority (FSA) began imposing fines for PPI policies miss-sold in 2006.

• By 2011, the PPI scandal had been unwinding for more than a decade in UK. Investigation after investigation found that there were problems, but the banks refused to budge or admit their mistakes.

• UK banks have already paid out £10 billion to victims of the mis-selling of payment protection insurance, in what is on course to be the most expensive financial scandal in British financial history.

• As many as 20 big banks were named in various investigations or lawsuits alleging that LIBOR was rigged. These included Bank of America, Citi, Credit- Suisse, Deutsche Bank, Lloyds, HSBC, HBOS, JP Morgan, UBS, and RBS.

• The London Inter-bank Offered Rate (LIBOR) is currently set in London and is meant to reflect the average rate that banks pay to lend to each other.

• The LIBOR interest-rate scandal dates back to 2005. It underpinned trillions of pounds worth of loans, mortgages and financial contracts in Europe and the US.

• HSBC was accused in 2012 for allowing ‘rogue states’ and drugs cartels to launder billions of pounds through its US arm. It is said to have ignored warnings breaching safeguards that should have stopped the laundering of money from Mexico, Iran and Syria.

• Standard Chartered was also accused by US authorities of hiding $250 billion (£160 billion) worth of transactions with Iran, exposing the country to arms dealers and terrorists.

Banks have, time and again, raised questions in the minds of its customers and the general public. With increased doubts and proofs of irresponsible and unethical behavior of banks, it will be always a question whether our money is even safe anymore because all the banking scandals mentioned above is just a small part of a long story!

Ethics in Banking – Does it exist? is republished with permission from The Financial Keyhole