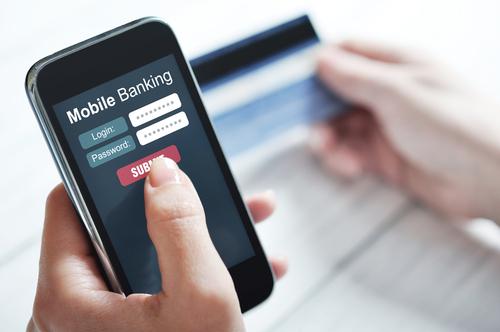 The Banking Industry has evolved tremendously over a period of time. Nowadays, modern banking sector is doing away with its traditional methods and shifting focus to a more advanced and digitally connected network. While many countries are still struggling to get basic banking facilities, there are others that are growing not only in number but facing fierce competition form non-banks. As we all know, banking, in recent years, is not all about depositing and taking loans but much more. With many new technologies, we focus on a few developments that we could see the rise of a more innovative banking industry in 2015.

Undoubtedly, this technology surpasses most of the recent developments in banking history. Traditional banking are becoming practically non-existent, as banks get more and more digitally equipped. The revolution will surpass even the trouble of taking out cash through ATMs. One would even skip writing physical checks as P2P technology gains momentum.

So, what exactly is P2P technology?

Well, P2P technology enables an accountholder to transfer money within seconds to another accountholder either online or through his mobile device. Big banks like JP Morgan Chase, Wells Fargo and Bank of America are already using this technology. This technology is slowly gaining popularity as more and more customers are finding mobile payments simpler and quicker.

Wearing Your Bank on Your Wrist

Untested and one of the biggest innovation in the banking technology is the new ‘watch bank’. Straight from the pocket on to the wrist, it’s as stress-free and convenient as it can get. The market is still at its nascent stage with many customers still using internet banking through mobile phones. But if this technology picks up, then banks will need to create applications for wrist watches to sustain themselves in the rigorous banking competition. Banks like Canada's Tangerine Bank, U.S. Bank and Wells Fargo, are already piloting smartwatch-banking apps with Samsung Smart Watch and Android Wear. Launched this year, Moven added mobile check deposit and other options like loading cash onto Moven debit card (issued by CBW Bank). Google and Apple are also playing along, allowing more interactivity through the watch. While Google has a “glance and go” or “thumbs-up, thumbs-down” philosophy, the Apple Watch version of the mobile app, allows for more in-depth operations, such as categorization and tagging of purchases. In the United Kingdom, Barclays plans to unveil a wristband that lets its customers make payments without ever using a debit card or credit card. With banks on your wrist, one could track finances without reaching out for the phone. In short, mobile phone takes a back seat if smart watches become popular. But the journey from the pocket to the wrist seems like a long one. I say this because smart watch innovation is happening at a time when banks are trying ‘very hard’ to keep up with the digitization of the banking industry. Like mentioned in the beginning, this innovation remains ‘untested’ and 2015 will be the judge of how customers react to the connection of their wrist watch to their bank.

In 2014, there were many reports of some serious data breaches related to the customers’ credit and debit cards. Major retailer, Target reported that 40 million debit and credit card numbers had been stolen during the holiday shopping time in 2013. Throughout 2014, there were many other security breaches (Neimen Marcus, Michaels, PF Changs, UPS, Home Depot) that were mostly related to debit and credit card information of customers. There were cases where payment card information, such as names, payment card numbers and expiration dates, were compromised. Even the nation’s largest bank, JP Morgan Chase wasn’t spared when the bank disclosed the extent of the breach in a filing in early October 2014 with the Securities and Exchange Commission.  The breach had occurred in June and July. Even though sensitive bank information–account numbers, passwords, social security numbers and birthdates–were not part of the breach, it did affect customers that used Chase web and mobile services. In 2015, banks are working towards creating a more secure technology. More emphasis is being laid on the new EMV ((Europay, MasterCard and Visa) debit cards.

But what exactly makes EMV safe?

The EMV technology uses microprocessor chip to encrypt transaction information. It is used to protect consumers and reduce the costs of any frauds. Unlike magnetic-stripe cards, every time an EMV card is used for payment, the card chip creates a unique transaction code that cannot be used again. Even though EMV technology will not prevent data breaches from occurring, it will definitely make it much harder.  Increased adoption of EMV will significantly reduce fraud and create more confidence amongst customers.

It will not be surprising to say that the biggest competition that banks might be facing during 2015 will not be from other banks but from non-banks like Tech companies (PayPal, Google, Amazon), Telecom Companies (AT&T, T-Mobile) or even Wholesale/retail stores (Costco, Wal-Mart). But a complete replacement of banking functions by these industries seems like a distant dream. The boundaries between various industries will get thinner if banking services through non-banking outlets becomes popular. T-Mobile has already created a stir by introducing the prepaid checking account called ‘Mobile Money’. The T-Mobile Visa Prepaid Card can be used to make online, phone and mail order purchases, worldwide. Such innovations will raise competition for banks, especially when they are still trying to adapt to the ‘new digital revolution’.

In 2015, banks will use richer analytical database to gain insights to retain old customers and also create new customers keeping in mind the reasons why one bank is preferred over the others. Retail banking leaders can benefit from these positive trends by using predictive analytics and customer data (customer sentiment, demographic data, product ownership information) to categorize high-value or target customers to help attract comparable prospects that could generate more revenues. Benefits of using banking analytics are many: increase transparency and understanding the degree of risk exposure, measure customer and product profitability, improve performance and make informed decisions, to name a few.

Banks are gradually getting an image makeover and this effort will only be worth it if customers are guaranteed the safety and promptness in banking services. Whether this shift will bring down cost for banks or not is another question altogether. The new technologies will come with a price too. One would think that since banks will get digital, efficiency might get a bit compromised. Updating technology will definitely be expensive and competition especially by non-banks could get intense. Moreover, with technology, banks would also need to digitize their employees and not just the branch. The employment part of the banking sector could be a cause of serious concern.  There could be elimination of banking jobs and closure of many branches as banking sector gets more digital, simply because more customers would conduct their banking online or through phone. In 2014, Lloyds Banking Group announced in London that it would eliminate 9000 jobs and close 150 branches over the next 3 years in a digital push. It would be interesting to note how banks go branchless and create a more secure banking relationship with its customers. However, this is a transitional phase and any opinion on the above questions could ruin the surprise!