BRICS Need to Act Their Age

•
Emerging Markets
•
by
The Conversation 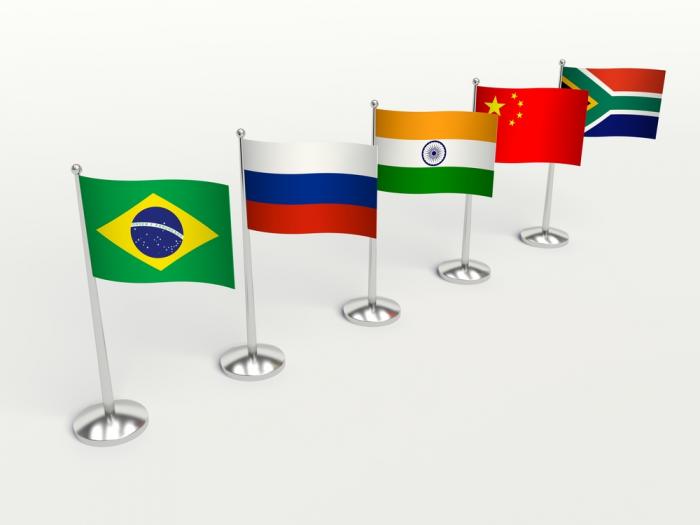 The rise of non-Western emerging powers like Brazil, Russia, India and China is a reality that has shaped South Africa’s foreign policy under President Jacob Zuma.

Foreign policy under Zuma has been characterised by his country’s growing closeness with these four countries. The leaders of these countries meet more often than they did in the past. This is the case in the context of their bilateral relationships as well as part of the Brazil, Russia, India, China, South Africa (BRICS) grouping.

Despite criticism that BRICS countries don’t have much in common, there are clear political objectives these nations seek to pursue.

As a collective, they are unhappy with, and critical of, Western dominance of multilateral institutions. This is because they have for many years been on the margins. They’re also dissatisfied with the perceived refusal of the West to share global power.

As a group, BRICS' disenchantment with the contemporary global system has reinforced its desire to amplify its voice and strengthen its representation in international financial institutions.

The way in which the grouping has evolved broadly conforms to two central ways in which organisations and associations form. Firstly, shared ideas, as opposed to material forces, have primacy over determining the structures of human association. Secondly, the identities of purposive actors are a function of shared ideas and are not decreed by nature.

An example is the countries that constitute the Group of Seven (G7). They did not begin with positively asserted common interests. They emerged as a reaction to a world whose financial and economic pillars were perceived to be unstable.

The G7 – now the G8 – would later evolve to become the intellectual guardian of the International Monetary Fund, presiding over “nearly all the policy innovations within the Fund”. The G7 continues to exist as a separate group that influences the G20 – an informal group of finance ministers and central bank governors from 20 influential economies.

In the same vein, it is possible to see in the BRICS the potential for policy innovation. This is true in existing multilateral structures and those that it creates in parallel. One such policy innovation is the New Development Bank as well as the emerging global landscape of infrastructure financing.

The BRICS bank is positioning itself to play a significant role in areas in which international financial institutions are seen to have failed. This includes infrastructure development and improving the international monetary system. Lou Jiwei, China’s Finance Minister, has remarked that:

The bank will aim at reform of global economic governance.

The bank has recently made loans of US$811 million to entities in four BRICS countries towards energy infrastructure. This is made up of:

The New Development Bank doesn’t have the capacity to displace the traditional financial institutions in the immediate future. However, it is intent on pushing hard for reforms in these institutions.

In addition, the recent disbursements are too little by the standards of traditional institutions. Still, they are important in signalling a shared economic intent around infrastructure projects. According to Tito Mboweni, South Africa’s former Reserve Bank governor and a non-executive director of the new bank, this initiative is

driven by a set of shared values and an outlook on development that seeks to counter the current dominant actors.

In the African context, the new bank, through the BRICS’ Africa Regional Centre, could play a pivotal role in financing infrastructure projects. This is with a view to promoting structural transformation in resource-dependent economies and stimulating progress in regional integration.

In the case of South Africa, the new bank could make a vital contribution in providing an alternative source of finance to address the economy’s increasing development needs and infrastructure bottlenecks.

As such, South Africa sees member countries' financial contributions to the new bank as an investment in the future. The need to spur growth was central to South Africa’s support for the establishment of the bank. Given that the country’s own budget is insufficient to finance its infrastructure needs, the bank will provide an opportunity for South Africa to obtain additional finance.

As a grouping of influential developing countries, the BRICS are poised to play a key role in reforming the international monetary system and shaping the new development agenda. In our view, this is a new regime order that will not necessarily replace the Bretton Woods Institutions but will exist parallel to them.

The BRICS countries are thinking beyond merely financing infrastructure gaps. It is possible that they will also be driven by a goal to provide a platform for policy learning in ways that could reduce the significance of the World Bank’s “knowledge partnership” engagement with middle-income countries.

The degree of institutionalisation evolving in the BRICS grouping provides strong, if tentative, pointers that this is indeed a regime order in the making. The countries are well positioned to advocate for the democratisation of global financial institutions to better reflect the voice and needs of all the countries that participate in them. Importantly, they are uniquely placed to build institutions that are more sensitive and responsive to the needs of developing countries.

However, there is a long road ahead before these countries can mature into this role. They will first need to accumulate knowledge resources, project credibility in managing their economies, improve their domestic institutions and develop a degree of normative coherence.

Further, a global leadership role by BRICS would have to be balanced with a focus on issues related to inclusive growth and sustainable development.

It will not be enough to seek to correct uneven power relations in the global sphere without addressing socioeconomic vulnerabilities within the BRICS. For these countries to have appeal and project soft power, they must also be seen as credible. The power of their voice in global governance processes should echo their transformative actions domestically.