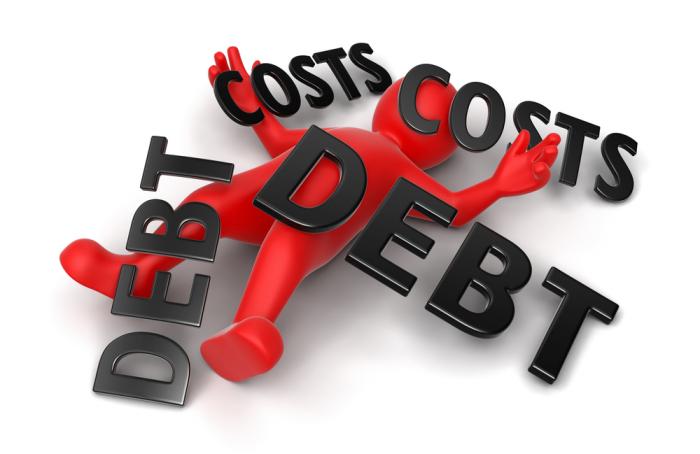 What will happen now that the rains have come to many parched beef lands of Queensland? Current high cattle prices and renewed pastures suggest optimism, even good times. Perhaps record exports from the world’s largest beef exporter? If only if was that simple.

Restocking after drought would seem to account for the near record East Australian cattle price.

Unfortunately, eager buyers paying top dollar for a production input take a considerable risk, as was discovered 40 years ago when prices last peaked.

Indeed, investigations reported by the Queensland Rural Debt and Drought Taskforce show extremely high levels of financial and personal stress. Key financial ratios are in disarray for many enterprises, small and large, family and corporate. Speculating on near-record cattle prices can, at best, buy a little time.

Most worrying are the inadequacies of income to service very high and rising levels of debts, secured by properties that have halved in values. A debt-deflation spiral is clearly underway.

Land and Debt index Queensland Beef. Figures in the Graph reveal ongoing declines in land values below and rising debts above, all the way to 2015. Later year debts are estimates, because of data difficulties. Bush Agribusiness using ABS and ABARE Data to 2012; McGovern projections from 2013

Using projections, survey data and cross checking with those in the industry, it is estimated debt is up 50% since 2006. (A disclaimer is needed here as financiers have refused to release needed data, despite all manner of requests including last November at the Queensland Treasurer’s Rural Roundtable.)

Land values went the other way. In Queensland’s western pastoral areas, for example, Queensland’s Valuer General estimates the land market peaked around 2008 and then fell back to around 2005–06 value levels. “This market continues to be subdued, with very few sales transactions”, it reported. 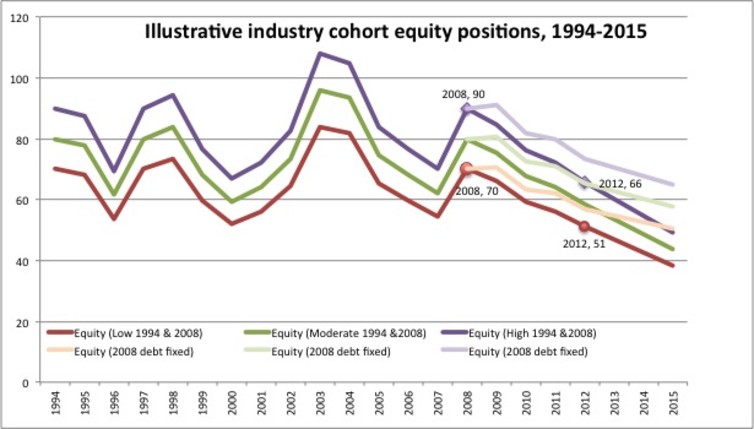 Apprehension, deep angst and quiet hope were evident in hearings of the Rural Debt and Drought Taskforce held across Queensland six months ago. The report is now in, but is surprisingly little discussed so far.

Evidence of widespread, serious financial and other problems has led to 14 recommendations, including establishing a reconstruction board, agricultural bank and a Royal Commission. Action was recommended on income, education, mental health and other needs.

In a nutshell, serious responses to major foundational financial problems are needed. Farm and town enterprises are depressed with many (once) “resilient” communities very much on the edge.

Rural Bank recently published research, which reinforces the seriousness of the problem. A high number of transactions occurred in a rising market with asset values rapidly moving away from income potential. A significant number of loans involved speculation, on both sides of the agreement. 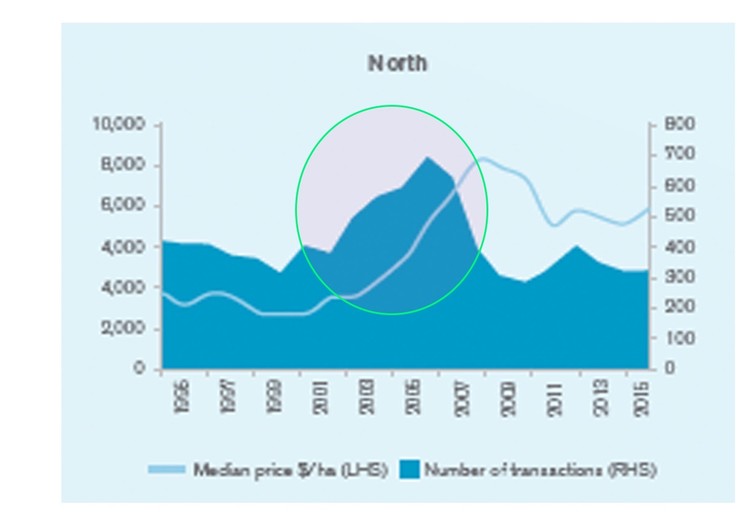 Fundamentally, incomes cannot support debts. What on earth was going on when, across Australia, farmland prices and associated debts inflated in the teens each year for almost a decade, while incomes hardly moved?

The subpriming of Australian Agriculture is just one of the questions facing further Parliamentary Inquiries into finance, and Royal Commissions.

ABARES land and receipts per ha

It is time for not just plain talk on rural debt but for effective actions.

Problem loans now need to be re-solved, equitably. Land values need to be re-linked to earning capacity. A sustainable financial basis needs to be re-established across not just beef but other agricultural industries.

Just maintaining rural liquidity by offering effectively unsecured public finance (such as with Drought and Dairy concessional loan program) despite criticism from Australian National Audit Office and other reports, seems foolhardy. More or slightly cheaper debt to those struggling with major debt overhangs is no real solution.

Doubling up by blaming the implementing state agencies for program design failures and then marketing these as the cornerstone Federal (and perhaps State?) policy is just foolish.

Unaddressed, problems will only spread. The temptation today is to pass on problems, uncorrected, to the next generation. Alternately, a competent and committed willingness to tackle significant solvency issues will underwrite our future prosperity, individually and as a society.