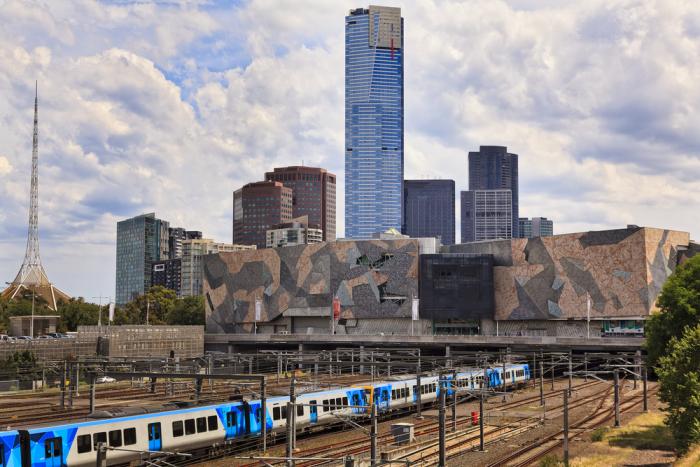 A new rail line in Florida called Brightline is the first American example to show this can be done. This rail project is entirely privately funded and is due for completion in June 2017. It will link the Atlantic coastal cities of Miami, Fort Lauderdale, West Palm Beach and Orlando, which can be seen as one long narrow city.

According to the company, the project is designed to take three million cars off the road. It is likely to succeed, bringing US$6.4 billion in economic impact to the Florida region.

The project uses a model where money is raised via land development through a consortia who can build, own and operate the rail line. The consortia creates funds through fares and the land opportunities unlocked by the rail line.

The Brightline project is being financed by a New York hedge fund and the consortium will pay this back with money from land development around stations and train fares. The process for creating this project did not have to be set up by any government as the company proposed it as an unsolicited bid. The company actually owns the right of way, as it has operated a freight line for 120 years that runs along most of the proposed line as the new project.

The remarkable thing is that the company building this railway is the same group that 120 years ago, under the direction of Henry Flagler, was able to build these coastal cities entirely through the same mechanism: building a railway to make urban land development attractive enough to pay for the railway. The history of tram and train development in most cities is similar - they were all land development projects. 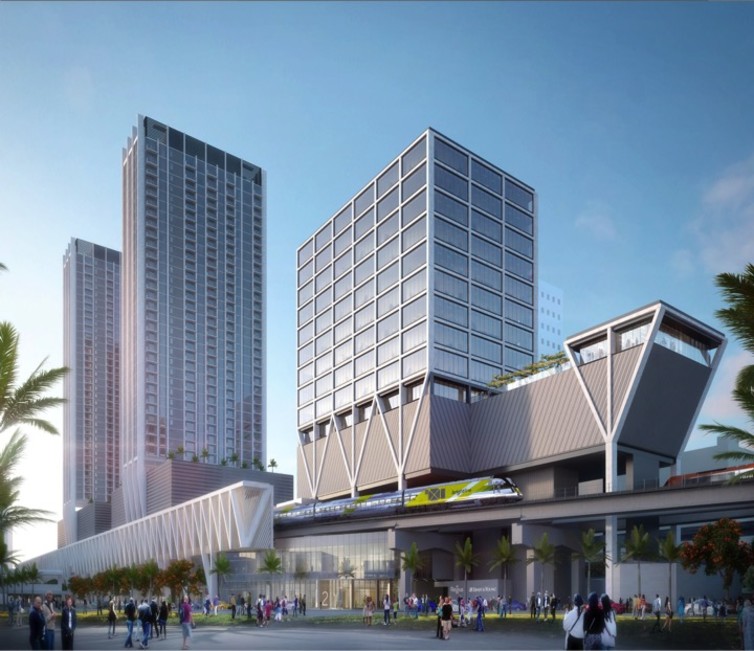 A depiction of what a station would look like in the Brightline project. Brightline, Author provided

The Brightline project did not need capital from the various levels of government, but it did need their support in the process of implementing the proposal. Significant land assembly and detailed urban design assistance was needed to enable the stations to be integrated into the cities and the land development around them needed to be suitably zoned and approved.

The consortium generated community support through not just ensuring that a good railway service could be provided, but that the urban development contained opportunities for living, working, shopping and provision of services. An innovative approach was adopted to ensure the trains (both passenger and freight) were silent when they went through residential areas and city centres. It did this using smart safety devices for drivers that eliminated the use of train horns.

Integrated design into all surrounding buildings was included in the build from the start. The model means there are returns generated from the buildings and the train fares as soon as the train line begins operating. Most new government funded rail lines do this after they are built, sometimes very poorly.

The company building Brightline has plans to expand their model into 100 other cities across the world. It’s also developing plans to build light rail east-west through the Brightline stations from Miami to Orlando. This would also be privately provided.

So now Australia has an American example to go by, in addition to the example set by the Japanese rail system, which is fully based on this private funding approach and two new light rail lines in Canada that are also privately funded.

The Brightline project is better at integrating land development into rail lines than top down government projects. In Australia, these often start out with a focus on land development, but end up being dominated by transport issues only, ensuring the fastest route of public transport and not focussing on the stops along the way. The US project is also fairer, as it eliminates the windfall profits made by those who just happen to own land near a new rail line built with government capital.

Who will be the first city in Australia to put this model into practice? There have been suggestions coming from those responsible in Brisbane for Cross City rail, in Sydney for the Metro, Parramatta Light Rail and West Sydney Rail (to Badgerys Creek), in Melbourne for their Metro, in Adelaide for their Light Rail extensions, in Hobart for a potential Light Rail along an old freight line similar to Brightline, in the Sunshine Coast for their proposed Heavy Rail and Light Rail projects and in Perth for their Heavy Rail extensions and proposed Light Rail.

Rather than just watch others doing this, we should take the opportunity provided by our lack of public capital to embrace alternatives.