Are You a 'Lithium Skeptic'? 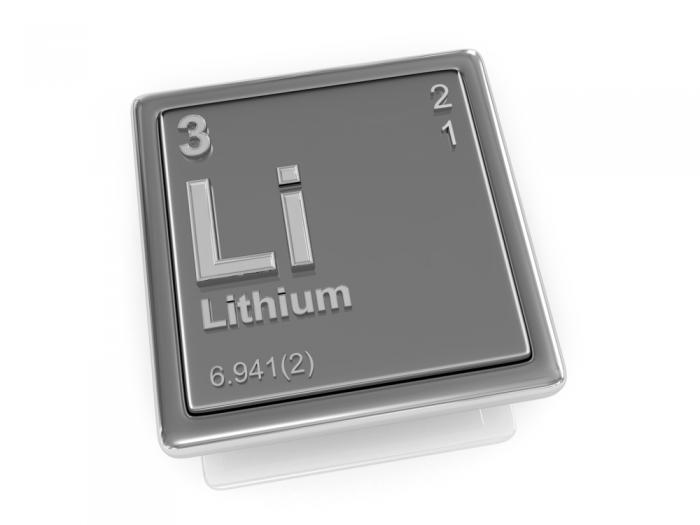 It won't be a shortage in terms of ‘peak lithium'; rather, it will be a game of catch-up with the electric car boom, with miners hustling to explore and tap into new reserves.

Consider the number of battery gigafactories that are being built around the world. We have all heard about Tesla's (NYSE: TSLA) Nevada facility that will at full capacity produce enough batteries to power 500,000 electric cars per year by 2020.

This, as the carmaker proudly notes, is more than the global total lithium ion battery production for 2013. That's a pretty impressive rate of demand growth over just three years—but this growth also represents the culmination of a sea change in the way we think.

Lithium is powering pretty much everything upon which our present depends on and our future is being built. It's a viable alternative to petrol and in consumer electronics market segment alone, there is no sign of contraction—only expansion. Think the Internet of things, or smart houses, or smart cities, eventually. All these fascinating ideas are powered in some way by lithium.

However, the real and present coup has been launched by electric vehicles. Forecasts from market research firms seem to be unanimous: EVs are on the rise, EVs are hot, and EVs will be increasingly in demand as people all over the world are eagerly encouraged to cut their carbon footprint. According to Lux Research, the EV market will grow to $10 billion within the next four years. Navigant Research forecasts EV sales will rise from 2.6 million last year to more than 6 million in 2024. Therefore, whether we like it or not, EVs are coming—and in force.

Indeed, says Nevada Energy Metals (TSX-V:BFF) executive Malcolm Bell, “It may be time to start worrying about a shortage, but it's not a question of whether we have enough lithium—it's a question of tapping into new reserves. Those who don't see the supply wall looming, will hit with a resounding thud. Those who start tapping into new reserves will be extremely well-positioned for the future.”

From where everyone is standing right now, it may seem that the world has a fair amount of lithium. According to global estimates by the U.S. Geological Survey, there is enough lithium in the world – 13.5 million metric tons of it – to last us over 350 years in batteries.

What's missing from this prediction, however, is … the future, and indeed, the present. This calculation takes into account only the current rate of lithium ion battery usage. It does not account for the entrance of EVs into the mainstream. It does not account for Tesla, not to mention the growing ranks of Tesla rivals. In addition, it most certainly doesn't account for what is a pending energy revolution that sees lithium as its leader.

Already, the present is clear: Demand is growing fast, faster than production, and for now, this new demand is coming increasingly from the electric vehicle industry.

Tesla's is by no means the only battery gigafactory out there. There are others being built around the world (at least 12, according to Benchmark Mineral Intelligence) and these gigafactories will raise the global demand for lithium batteries to some 122 GWh by 2020. That's up from 35 GWh currently. It's a phenomenal rise over a very short period of time.

In the U.S., there is already one gigafactory—Tesla's, in Nevada—operating. A second gigafactory is in the works, courtesy of LG Chem. Brine-based lithium production in the country is concentrated in one place only, at least for now, and this place is Nevada. That's because it is the only confirmed place with lithium deposits. The biggest actively mined area is the Clayton Valley, with presence from both mining majors like Albermarle (NYSE: ALB) and smaller, pure-play lithium miners such as Nevada Energy Metals. This makes Clayton Valley ground zero for the U.S. lithium rush and everyone wants to be there, but it's the pure play miners who are set to explode onto this scene from an investors' perspective.

Clayton Valley can hardly contain the lithium rush, and it is already time to look in the surrounding areas to secure future supply for soaring demand predictions. Those with enough foresight are diversifying their Nevada holdings and banking on geological clues that suggest there's plenty more lithium in Tesla's backyard and whoever gets to it first will be far ahead of the game.

“When everyone starts paying attention to Nevada's geology, we'll see a land rush that makes the current one pale by comparison,” says Bell, who heads of acquisitions for Nevada Energy Metals, one of the pure play movers in this playing field that sees the wider lithium potential in Nevada.

“Nevada's geothermal footprints are large and extend well beyond the Clayton Valley. If you put a mirror up to Clayton Valley, there is endless opportunity here. The real race here is to create the next U.S. lithium powerhouse,” says Bell.

How to Play Lithium

Look everywhere, and then look again. Securing an investment in Clayton Valley is a good place to start—but it's also potentially only a flash in the pan. The best way to secure a foothold in lithium right now is to think outside the box and look for those companies who see the bigger picture but are also smart enough to keep one foot in the proven lithium hunting grounds.

However, you also have to understand the supply and demand picture here.

Macquarie Research estimates that in 2015 demand for lithium already exceeded supply, while this year, lithium output will again fall short of demand.

In 2017, thanks to so much new production capacity the metal's fundamentals will near an equilibrium, which will last for about a year before deficit rears its head once again—but this time the deficit will stick. Despite new efforts to ramp up supply, it will take a while before supply corresponds to the demand.

The future is pretty clear: We're looking at a period of shortage, and shortage is where the savvy investors make real money. The lithium feeding frenzy has only just begun. Consumer electronics keeps it safe and steady, as always; the electric vehicle boom skews the demand picture dramatically, and the future's energy storage and powerwall evolutions take it over the edge.

The reserves are there, and there's geologists estimate there's plenty of unproven reserves out there as well—it's just a matter of who finds them first, and who starts extracting first.

Lithium has the purest of fundamentals of any ‘commodity' out there, and the next oil barons look set to actually be lithium barons. In fact, in this respect, electric vehicles will likely be the cause of the next oil crisis. Demand and supply are simple and shockingly visible, and that means there's a lot of new money floating around for lithium exploration. If you're not a believer, the immediate future will sweep you off your feet.

Could A Lithium Shortage De-Rail The Electric Car Boom? is republished with permission from Oilprice.com

See also: Lithium's Run is Likely not Over