Are They All 'Debt Traps'?

•
Personal Finance Resources
•
by
The Conversation 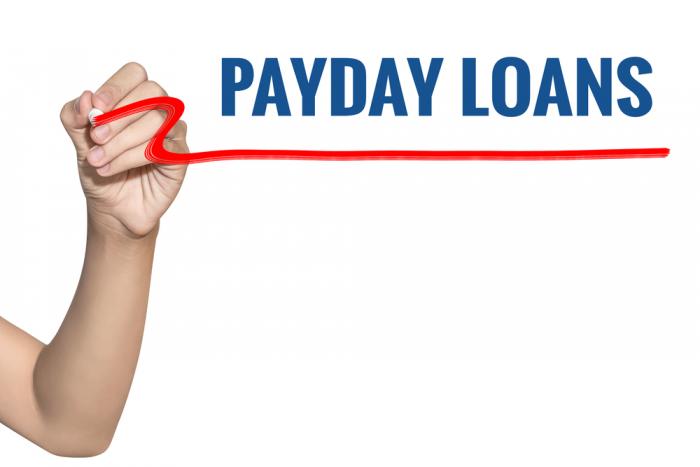 One of the few lending options available to the poor may soon evaporate if a new rule proposed June 2 goes into effect.  The Consumer Financial Protection Bureau (CFPB) announced the rule with the aim of eliminating what it called “debt traps” caused by the US$38.5 billion payday loan market.

The payday loan market, which emerged in the 1990s, involves storefront lenders providing small loans of a few hundred dollars for one to two weeks for a “fee” of 15 percent to 20 percent. For example, a loan of $100 for two weeks might cost $20. On an annualized basis, that amounts to an interest rate of 520 percent.

In exchange for the cash, the borrower provides the lender with a postdated check or debit authorization. If a borrower is unable to pay at the end of the term, the lender might roll over the loan to another paydate in exchange for another $20.

Thanks to their high interest, short duration and fact that one in five end up in default, payday loans have long been derided as “predatory” and “abusive,” making them a prime target of the CFPB since the bureau was created by the Dodd-Frank Act in 2011.

States have already been swift to regulate the industry, with 16 and Washington, D.C., banning them outright or imposing caps on fees that essentially eliminate the industry. Because the CFPB does not have authority to cap fees that payday lenders charge, their proposed regulations focus on other aspects of the lending model.

Under the proposed changes announced last week, lenders would have to assess a borrower’s ability to repay, and it would be harder to “roll over” loans into new ones when they come due – a process which leads to escalating interest costs.

There is no question that these new regulations will dramatically affect the industry. However, is that a good thing? Will the people who currently rely on payday loans actually be better off because of the new rules?

In short, no: The Wild West of high-interest credit products that will result is not beneficial for low-income consumers, who desperately need access to credit.

I’ve been researching payday loans and other alternative financial services for 15 years. My work has focused on three questions: Why do people turn to high-interest loans? What are the consequences of borrowing in these markets? In addition, what should appropriate regulation look like?

One thing is clear: Demand for quick cash by households considered high-risk to lenders is strong. Stable demand for alternative credit sources means that when regulators target and rein in one product, other, loosely regulated and often-abusive options pop up in its place. Demand does not simply evaporate when there are shocks to the supply side of credit markets.

This regulatory whack-a-mole approach, which moves at a snail’s pace means lenders, can experiment with credit products for years, at the expense of consumers.

Who gets a payday loan?

About 12 million mostly lower-income people use payday loans each year. For people with low incomes and low FICO credit scores, payday loans are often the only (albeit very expensive) way of getting a loan.

My research lays bare the typical profile of a consumer who shows up to borrow on a payday loan: months or years of financial distress from maxing out credit cards, applying for and being denied secured and unsecured credit, and failing to make debt payments on time.

Perhaps more stark is what their credit scores look like: Payday applicants' mean credit scores were below 520 at the time they applied for the loan, compared with a U.S. average of just under 700.

Given these characteristics, it is easy to see that the typical payday borrower simply does not have access to cheaper, better credit.

Borrowers may make their first trip to the payday lender out of a rational need for a few bucks. However, because these borrowers typically owe up to half of their take-home pay plus interest on their next payday, it is easy to see how difficult it will be to pay in full. Putting off full repayment for a future pay date is all too tempting, especially when you consider that the median balance in a payday borrowers' checking accounts was just $66.

The consequences of payday loans

The empirical literature measuring the welfare consequences of borrowing on a payday loan, including my own, is deeply divided.

On the one hand, I have found that payday loans increase personal bankruptcy rates. However, I have also documented that using larger payday loans actually helped consumers avoid default, perhaps because they had more slack to manage their budget that month.

In a 2015 article, I along with two co-authors analyzed payday lender data and credit bureau files to determine how the loans affect borrowers, who had limited or no access to mainstream credit with severely weak credit histories. We found that the long-run effect on various measures of financial well-being such as their credit scores was close to zero, meaning on average they were no better or worse off because of the payday loan.

It is therefore possible that even in cases where the interest rates reach as much as 600 percent, payday loans help consumers do what economists call “smoothing” over consumption by helping them manage their cash flow between pay periods.

In 2012, I reviewed the growing body of microeconomic evidence on borrowers' use of payday loans and considered how they might respond to a variety of regulatory schemes, such as outright bans, rate caps and restrictions on size, duration or rollover renewals.

I concluded that among all of the regulatory strategies that states have implemented, the one with a potential benefit to consumers was limiting the ease with which the loans are rolled over. Consumers' failure to predict or prepare for the escalating cycle of interest payments leads to welfare-damaging behavior in a way that other features of payday loans targeted by lawmakers do not.

In sum, there is no doubt that payday loans cause devastating consequences for some consumers. However, when used appropriately and moderately – and when paid off promptly – payday loans allow low-income individuals who lack other resources to manage their finances in ways difficult to achieve using other forms of credit.

End of the industry?

The Consumer Financial Protection Bureau’s changes to underwriting standards – such as the requirement that lenders verify borrowers’ income and confirm borrowers’ ability to repay – coupled with new restrictions on rolling loans over will definitely shrink the supply of payday credit, perhaps to zero.

The business model relies on the stream of interest payments from borrowers unable to repay within the initial term of the loan, thus providing the lender with a new fee each pay cycle. If and when regulators prohibit lenders from using this business model, there will be nothing left of the industry.

The alternatives are worse

So if the payday loan market disappears, what will happen to the people who use it?

Consider an American consumer with a very common profile, a low-income, full-time worker with a few credit hiccups and little or no savings. For this individual, an unexpectedly high utility bill, a medical emergency or the consequences of a poor financial decision (that we all make from time to time) can prompt a perfectly rational trip to a local payday lender to solve a shortfall.

We all procrastinate, struggle to save for a rainy day, try to keep up with the Joneses, fail to predict unexpected bills and bury our head in the sand when things get rough.

These inveterate behavioral biases and systematic budget imbalances will not cease when the new regulations take effect. So where will consumers turn once payday loans dry up?

Alternatives that are accessible to the typical payday customer include installment loans and flex loans (which are a high-interest revolving source of credit similar to a credit card but without the associated regulation). These forms of credit can be worse for consumers than payday loans. A lack of regulation means their contracts are less transparent, with hidden or confusing fee structures that result in higher costs than payday loans.

Oversight of payday loans is necessary, but enacting rules that will decimate the payday loan industry will not solve any problems. Demand for small, quick cash is not going anywhere. In addition, because the default rates are so high, lenders are unwilling to supply short-term credit to this population without big benefits (i.e., high interest rates).

Consumers will always find themselves short of cash occasionally. Low-income borrowers are resourceful, and as regulators play whack-a-mole and cut off one credit option, consumers will turn to the next best thing, which is likely to be a worse, more expensive alternative.

See also: How Postal Banking could Save the American Poor from Usury