Are Cultural Changes Necessary for Shinzo Abe's 'womenomics' to Succeed? 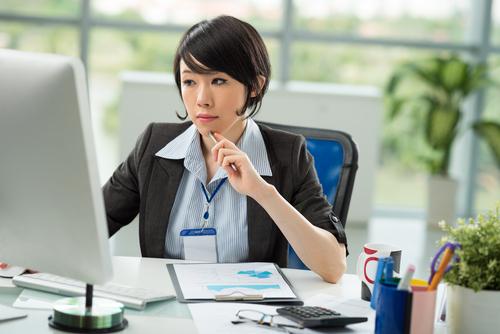 Japanese Prime Minister Shinzo Abe has pledged to enable more women to participate in the Japanese workforce. But his policy has largely amounted to rhetoric and there has been no discussion of the impact of these policies for male employment. In order to realistically increase opportunities for women, the current system of male-focused employment needs to be reconfigured. And Abe shows no willingness to address this.

Japan’s post-war ‘lifetime’ employment system — predominantly applied to male employees — ensured that Japanese companies had a committed and stable workforce to pursue business expansion and long-term economic growth. Alongside this workforce developed a distinctive female employment system. Japan reaped the social and economic benefits of a gendered division of labour that harnessed the strong commitment of a core male workforce while effectively making use of a growing non-regular female workforce as a buffer to ensure stable employment for males.

Over the last two decades, the stagnation of the Japanese economy, the ageing population and changes in the international economic environment have led to reforms of many Japanese institutions, including labour institutions. On the surface there has been progress for working women in Japan. The number of women in the labour force has risen from 18.3 million in 1960 to 26.5 million in 2012, an increase of 45 percent, compared to a 38 percent increase in the overall Japanese population. Women now make up 42.3 percent of the entire Japanese work force.

So what is Abe proposing that is new?

Abe’s policy calls for greater numbers of women to participate in work. The overall labour participation rate for women in Japan is 48.2 percent (compared to 70.8 percent for men). This is significantly lower than in other advanced nations: 57.7 percent in the US, 56.9 percent in the UK, and 57.7 percent in Singapore. It is estimated that raising the participation rate to equal men (albeit an unlikely scenario) could boost Japan’s GDP by 15 percent and provide some 8 million more workers for Japan’s ageing economy.

The policy also calls for women who are currently employed to work more. The argument for scrapping the spousal tax break — which reduces the amount of tax households pay as long as the spouse earns under a certain amount — suggests that women who currently work part-time or keep their income capped could be encouraged to extend their hours of employment.

And the policy aims to improve retention of women in the workforce. This is the ultimate policy goal behind targets that aim to increase the presence of women in leadership positions to 30 percent by 2020.

But while the broad initiatives of Abe’s ‘womenomics’ agenda are arguably positive and viable, they have so far neglected to address several key issues that are integral to policy success.

Japan’s core workforce of predominantly regular male employees relies on a culture of status, hierarchy, long hours, limited flexibility and corporate citizenship. Little wonder that despite a 2008 survey suggesting that 32 percent of men would like to contribute more to family life by taking parental leave, the take-up rate remains persistently low — a meagre 2.6 percent in 2012.

It is also of little surprise that 68 percent of women choose to quit their job upon marriage or childbirth. Those women who return to the workplace after a period of childrearing overwhelmingly enter non-regular categories of employment, particularly as part-time workers. Under this part-time status, women are already eligible to work up to 35 hours per week. With employers currently not valuing this non-regular category of worker as ‘core’ workers, it is difficult to see how or why these women would be able to further extend their employment hours while still being the ones primarily responsible for childcare.

Abe’s pledge to expand childcare facilities is a step in the right direction, but his decision to extend childcare leave to three years will only promote further gender segregation, reinforcing women as the primary carers of children. The more Japanese policy seems to strive toward gender equality, the more employers’ implementation of policy serves to differentiate the management of male and female employees.

It is obvious that Japanese women cannot work the way Japanese men currently do. Japanese men, given the chance, would likely want to work differently too.

If Abe really wants to increase female economic participation, then his policies need to directly challenge an entrenched workplace culture. His ‘womenomics’ can only succeed if it creates a new working environment for both women and men and requires a renegotiation of work, lifecycle and gender norms for both sexes in the economy. This will have to encompass not just legislative reform but also the development of new social norms. And this will take perseverance and time to implement.

No doubt this kind of change would be messy and unpopular, but unless this is done, changes to Japan’s gendered employment system will be incremental at best.