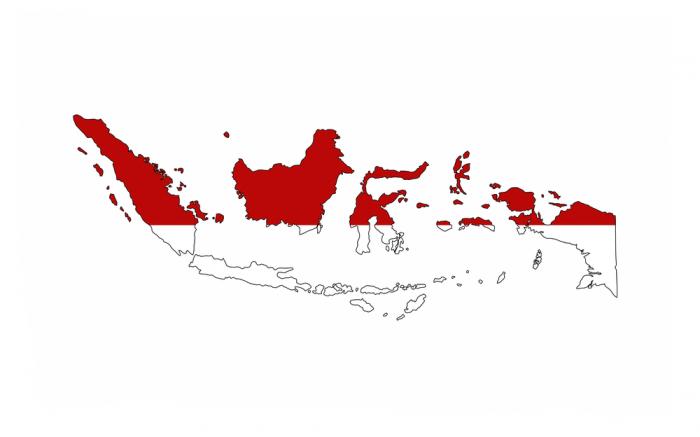 However, such ostensible acceptance should not obscure the everyday prejudice and harassment that lesbian, gay, bisexual and transgender (LGBT) people face in Indonesia. While there have always been concomitant tolerance and intolerance, events of early 2016 exhibited an unprecedented level of public animosity toward Indonesia’s LGBT community.

In January 2016, Indonesia’s Technology, Research and Higher Education Minister, Muhammad Nasir, declared that Indonesian universities must uphold standards of ‘values and morals’ and should not support organisations promoting LGBT activities. The public backlash against this statement forced Nasir to declare that ‘[w]e are not against LGBTs but the activity … the problem is when they are showing romance, kissing, and making love (in public)’.

The worry for Nasir and others was that LGBT would become visible in solidarity — no longer invisible individuals, but a community demanding rights and acceptance. The Speaker of the upper house of parliament added: ‘as a movement, the existence of LGBT must be opposed. We must limit its room to move. However, as individual people, they must be protected like any other citizen’.

A primary reason for the subsequent national and international media furore was that Nasir’s statement was misreported as a call to ban all LGBT individuals from universities in Indonesia. The furore prompted Indonesian politicians and religious leaders to weigh in on the debate in increasingly sensational terms.

The conservative Islamic newspaper Republika ran the headline ‘LGBT poses serious threat to nation’. The secretary-general of the People’s Conscience Party, which is included in President Joko Widodo’s governing coalition, said that ‘being LGBT is an infectious and dangerous disease. LGBT must be banned, like we banned communism and drug trafficking’. In addition, a former communications minister suggested his one million Twitter followers kill gay people, an act that he claimed was mandated by Islamic law.

LGBT people were framed as a threat to national security and the LGBT movement as a ‘proxy war’ funded by Western nations determined to undermine Indonesian sovereignty. UN funding was rejected precisely on the basis that it would help to eliminate discrimination against and violence towards LGBT people.

Indonesia’s main psychiatric association weighed in on the debate, announcing in a written statement that homosexuality, bisexuality and transgenderism were classified as mental disorders. Indonesia’s broadcasting regulator banned the media from portraying LGBT behaviour as ‘normal’. Lawmakers supported such moves, declaring that the ban would protect young people ‘susceptible to duplicating deviant LGBT behaviours’.

Anti-LGBT street protests occurred and pro-LGBT rights demonstrations were suppressed by police. Many LGBT people protected themselves by staying home, changing their address, turning off their mobile phones and ceasing to use social media.

It seems the controversy was spurred by anxiety over LGBT groups becoming visible in solidarity. Yet, significantly, in early 2016 the LGBT community was not making demands about collective rights. No widespread calls were made for LGBT to ‘come out’. There was no call for marriage equality despite such calls being made in neighbouring countries. That the ‘LGBT crisis’ gained traction speaks to simmering anti-LGBT sentiment in Indonesia.

Broad social and political factors also played their part in making the panic so virulent. The presence of significant pockets of support for radical forms of Islam that denounce non-heteronormative genders and sexualities meant that intolerant statements made by Muslim organisations and religious scholars were often well received. A toxic level of intolerance for diversity is shown in the fact that an Islamic leader, and former cabinet minister, was not officially reprimanded for exhorting his Twitter followers to kill LGBT people.

Adding to this, ongoing poverty and rising inequality mean that LGBT people often become targets for more general frustrations. In addition, high social media uptake in Indonesia ensures that hashtags such as #rejectlgbt and online expressions of outrage over issues as small as same-sex emojis receive widespread exposure.

Underlying these factors is a fundamental state ideology of heteronormativity that considers any expression of non-marital heterosexuality as potentially destabilising and thus something to be controlled through force. Control of sexuality is, of course, not new. However, in Indonesia the government has never previously directed policy against LGBT people in particular. My research suggests that while private extra-marital heterosexuality is punitively policed, private individual homosexuality has often escaped popular surveillance. Now this is increasingly not the case.

When President Suharto resigned amid social upheaval in 1998, he left citizens both excited about a future that promised democratic freedom and worried about who would oversee their moral welfare. For many Indonesians his departure left a moral void. Voices espousing punitive sexual surveillance comforted those fearful of an imagined future sexual liberation. As well, post-September 11 discourse vilified Islam and drove some disaffected Muslims towards an extremist ideology that penalises non-marital sexuality. The conservative turn in Indonesian politics predates the fall of Suharto and September 11, but these two events mark watersheds in anti-LGBT sentiment.

The regulation of sexuality between Suharto’s demise and 2016 was almost solely focused on non-marital heterosexuality. The first political move in terms of sexual regulation was the passing of the Anti-Pornography and Pornographic Acts Law in 2008. Among other things, the law paved the way for individuals appearing in sex films to be prosecuted. Red light districts have been regularly raided and demolished in attempts to eliminate prostitution. Both sex workers and clients have been arrested. Even policewomen are not immune to sexual surveillance: during recruitment, female candidates must be willing to undergo a two-finger ‘virginity test’.

The 2016 ‘LGBT crisis’, though, is the first time in Indonesia’s history that LGBT people have been systematically targeted through proposed policy changes. The crisis stems from fear that any non-marital sexuality can challenge the heteronormative foundation of Indonesian nationhood.

Punitive surveillance and penalisation of non-marital sexuality has disastrous consequences for all citizens. Beyond the violation of individual rights to sexual freedom, if people are afraid to access sexual health care, do not report sexual crime, and are too ashamed to discuss sexuality, broader society is negatively impacted.

The 2016 ‘LGBT crisis’ can be read as an extension of the surveillance and control of all non-marital sexualities to Indonesia’s LGBT community — control exerted by those vying for power in a decentralised and volatile state. Sexual equality, like equality in general, results in a better world for all and is a most worthy fight.

See also: The Reality of Social Change in Singapore