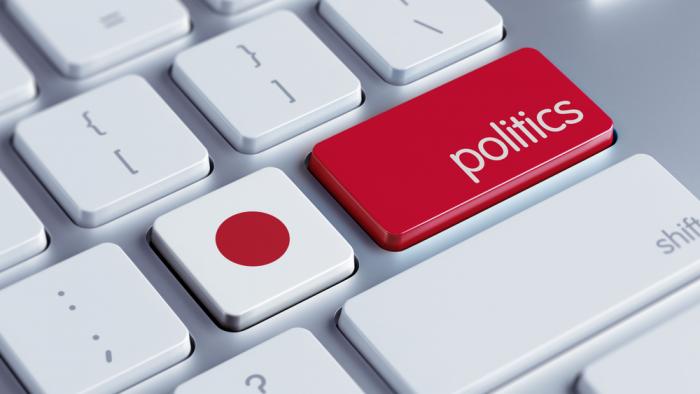 The Japanese government is delivering the other half of its fiscal policy today.  Earlier, Abe decided to postpone the sales tax hike for the second time.  Today, the cabinet approved a JPY28 trillion (5.6%) of GDP package.

The market is looking past the headlines and is not impressed with the details.  The JPY4.6 trillion of measures (~1% of GDP) is a little bigger than last year's supplemental budget (JPY3.5 trillion).  The government project it will boost growth by 1.3% (but does not specify the period).  Many economists are skeptical.  Actual spending in Japan notoriously is a fraction of the budget amounts, and the multiplier effect seems to be small.

Prior to the news, the Bloomberg survey found the median forecast was for the Japanese economy to expand (year-over-year) 0.5% this year and 0.8% next year.  These estimates may be a tweak on the margins but are unlikely to change the general profile.  The plans appear to be largely a bromide that can do little but offers very temporary and very mild economic relief.  It will not do much to close the output gap, which may keep the BOJ's inflation target as elusive as ever.

Of the JPY28 trillion headline figure, a little less than half (JPY13.5 trillion) includes fiscal measures.  Of this amount, JPY7.5 trillion is spending measures, which will start (but not necessarily finish) this year.  The other JPY6 trillion is low interest rate loans.

There is a JPY15k cash payment program for low-income households.  There are also funds to increase salaries of caregivers.  JPY3.4 trillion has been earmarked to address demographic changes.  The fiscal plans also include JPY1.3 trillion to mitigate the effects of Brexit on small and medium size Japanese businesses.

However, one of the reasons that many economists are skeptical is that the bulk of the funds are one-off spending that may help in the very short-term, but once spent, has a little-sustained impact.  It means that in a year from now the Abe government could very well be debating another supplemental budget.  This is precisely the pattern that has played out repeatedly in Japan for years.  One-off fiscal goose, rinse and repeat.

What ails Japan and the reason it struggles to maintain positive growth momentum and stable prices are not that its ports are not deep enough or that it does not have enough maglev trains.  It seems that the government is making the same mistake as the BOJ.  The BOJ believes that buying a wide range of financial assets, including commercial paper, corporate bonds, government bonds, ETFs and REITS, that the price of consumer goods will rise.  Abe believes that public investment and low interest rate loans to businesses will put Japan on a sustainable growth path.

Japan's GDP is about JPY500 trillion.  Abe has set a goal of JPY600 trillion in by 2020.  Perhaps setting the goal is more politically important than achieving it.  However, the measures announced do not seem to address what ails Japan.  At best, the fiscal support leads to marginally better short-term growth, without lifting the country's growth potential.  The BOJ estimates trend growth around 0.2%.

It is well known that Japan has a shrinking and aging population.  On top of that, productivity growth is poor.  There seems to be very little of the stimulus aimed at boosting labor productivity. Part of the problem is that Abe himself is divided.  He has one foot in the "old" world:  faith, family, and flag. His cabinet, before and likely after tomorrow's reshuffle, reflects this.  Several are former prime ministers or senior officials.

Abe's other foot is more modern.  He recognizes the need to enhance the role of women in Japanese society.  He recognizes that the agriculture co-op is committed to defending its rent-seeking claims, and is deterring the modernization of the Japanese economy.  He has tried introducing and instilling shareholder values among Japanese businesses.

Despite full employment, Japanese wage growth is meager.  The low and now negative interest rates mean that Japanese households need to save more to ensure the same financial objectives. The government sector has recorded persistent and large deficits, which have resulted in the world's second-largest economy having accumulated debt to the tune of close to 240% of GDP.  The one sector in Japan that is in surplus is treated like a sacred cow.

Japan Inc. has had record profits, access to low interest rate loans, and all sort of cajoling by the government to boost wages (which they haven't).  Domestic investment is weak.  Yet, Abe has cut their taxes and now makes more cheap loans available, even though Japanese business cash holdings stand at record levels.

Nearly everyone is familiar with Abenomics three arrows:  fiscal stimulus, monetary stimulus, and structural reforms.  We suggest that there was a fourth arrow, and it was the international diversification of Japanese pension funds.  Much of the diversification appeared to be on an unhedged basis.  Japanese corporates are also believed to have kept part of their foreign-derived earnings in foreign currency instruments.  This helped fuel the three-year yen slump when the US dollar went from below JPY80 to over JPY125.

The diversification program was largely a one-off. It has continued but incrementally.  However, the cycle now appears to have reversed.  In effect, Japanese investors were larger sellers of yen.  They were short yen.  Given the expected returns in Japan, the diversification cannot be unwound, but the short yen exposure could be reduced.  That seems to be what is happening.  Now Japanese investors are believed to be raising hedge ratios.

The JPY100.60 area corresponds to a 50% retracement of the Abe-inspired yen sell-off.  The 61.8% retracement is near JPY94.60.  That seems to be where the greenback is headed.  This area corresponds to what some economists might see as value.  Purchasing power parity is that level that economic theory holds currencies will gravitate around in the long-run, based on the law of one price.  The OCED estimate fair value (PPP) for the dollar-yen exchange rate is near JPY98.

Abe's Fiscal Policy: More of the Same is republished with permission from Marc to Market