Why The IMF Must Stay Out Of Europe’s Crisis: Mario Blejer & Eduardo Levy Yeyati

•
Markets
•
by
Mario Blejer a… 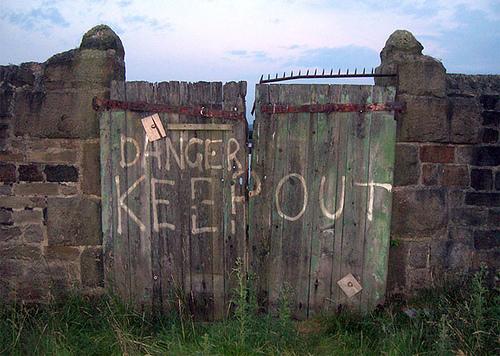 Europe, it seems, is determined to resolve its problems using other people’s money. But there are at least three reasons why the IMF should resist this pressure, and abstain from increasing its (already extremely high) exposure to Europe.

BUENOS AIRES – A short-lived rumour recently suggested that the International Monetary Fund was putting together a €600 billion ($803 billion) package for Italy to buy its new government about 18 months to implement the necessary adjustment program. Except for the magnitude of the package, this sounds no different from a standard IMF adjustment program – the kind that we are accustomed to seeing (and criticizing) in the developing world. But there is one crucial difference: Italy is part of a select club that does not need outside rescue funds.

So far, programs for the eurozone periphery have been spearheaded and largely financed by European governments, with the IMF contributing financially, but mainly acting as an external consultant – the third party that tells the client the nasty bits while everyone else in the room stares at their shoes.

By contrast, the attempt to crowd multilateral resources into Europe was made explicit by eurozone finance ministers’ call in November for IMF resources to be boosted – preferably through debt-generating bilateral loans,– so that it could “cooperate more closely” with the European Financial Stability Facility. That means that the short-lived story of Italy’s jumbo IMF package, which was to be funded largely by non-European money, can be regarded as a game changer: while Italy may never receive such a package, Europe, it seems, is determined to resolve its problems using other people’s money.

Related: IMF Steps In With New Liquidity For Europe

There are at least three reasons why the IMF should resist this pressure, and abstain from increasing its (already extremely high) exposure to Europe.

First, and most obviously, Europe already has its own in-house lender of last resort. The European Central Bank can make available all the euros needed to backstop Italy’s debt. And printing them would only offset, through mild inflation, the effects of the otherwise Draconian relative price adjustment that is taking place under the corset of the common currency.

And if, as appears to be the case, Germany is playing a dangerous game of chicken with some of its eurozone partners, why should the cost be shifted to the IMF for the benefit of Europe’s largest and most successful economy? Letting the ECB off the hook in this manner would simply validate for Europe as a whole the same moral hazard feared by German and other leaders who oppose ECB intervention.

The second reason to avoid IMF intervention in Europe is that lending to a potentially insolvent country has serious implications for the Fund. For starters, taking the IMF’s preferred-creditor status at face value, an IMF loan would entail substituting its “non-defaultable” debt for “defaultable” debt with private bondholders, because the Fund’s money is used primarily to service outstanding bonds. As a result, a group of lucky bondholders would be bailed out at the expense of those that became junior to IMF debt and remained highly exposed to a likely restructuring. Since a “haircut” can be imposed only on whatever is left of the defaultable private debt, the larger the IMF share, the deeper the haircut needed to restore sustainability.

For the same reason, IMF loans can be a burdensome legacy from a market perspective. Because they represent a massive senior claim, they may discourage new private lending for many years to come.

This brings us to the third reason why the IMF should stay out of Europe’s crisis: what if Fund seniority fails? The implicit preferred-creditor status is based on central-bank practices that establish that the lender of last resort is the “last in and first out.” It is this seniority that enables the IMF to limit the risk of default so that it can lend to countries at reasonable interest rates when nobody else will. This works when the IMF’s share of a country’s debt is small, and the country has sufficient resources to service it.

Related: Times of Trouble: Can Christine Lagarde Lead the IMF Through its Toughest Period?

But seniority is not written in stone: poor economies that are unable to repay even the IMF are eligible for debt reduction under the Heavily Indebted Poor Countries program, and 35 have received it since the program was established in 1996. What would happen if, in five years, Italy were heavily indebted to the IMF? What if private debt represented a share so small that no haircut would restore sustainability, forcing multilateral lenders to pitch in with some debt relief?

The IMF’s seniority is an unwritten principle, sustained in a delicate equilibrium, and high-volume lending is testing the limit. From this perspective, the proposal to use the IMF as a conduit for ECB resources (thereby circumventing restrictions imposed by European Union’s treaties), while providing the ECB with preferred-creditor status, would exacerbate the Fund’s exposure to risky borrowers. This arrangement could be seen as an unwarranted abuse of Fund seniority that, in addition, unfairly frees the ECB from the need to impose its own conditionality on one of its members.

It makes little sense for the international community to assume that unnecessary risk. Let us hope that the IMF’s non-European stakeholders will be able to contain the pressure. The solution for Europe is not IMF money, but its own.

Mario I. Blejer is a former governor of the Central Bank of Argentina and former Director of the Center for Central Banking Studies at the Bank of England. Eduardo Levy Yeyati is Professor of Economics at Universidad Torcuato Di Tella and Senior Fellow at The Brookings Institution.