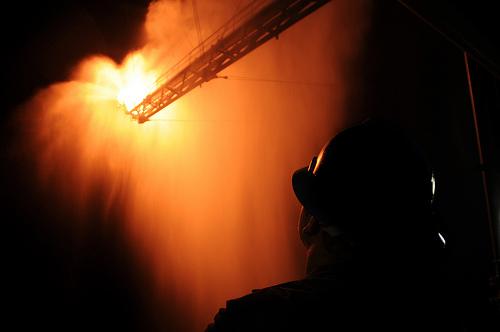 Despite booming oil production in North America on the back of the shale revolution, many industry forecasts still expect oil prices to remain above $100 a barrel in 2013 – the third consecutive year that oil prices have gone above the triple digit mark. And with the world economy still struggling to recover from numerous crises, any geopolitical difficulty, particularly in West Africa or the Middle East, may easily cause the price of oil to double – with dire effects on the struggling world financial system.

We are in the midst of an amazing energy boom, but by sweeping the idea of peak oil under the rug we are ignoring a significant fact: the relationship between hydrocarbon reserves and flow rates are not the same as they used to be—reserves have increased but flow rates are not as high or sustainable.

Perhaps the most important thing we need to pay attention to is net energy returns, on which we run society. Massive new discoveries are only netting a fraction of the returns compared to earlier decades.

While we must proceed into the energy future with caution—and the knowledge that analysts may be overselling the shale boom—there are also, as always, major opportunities in this story and they can be found in the wider trends related to improving energy efficiency.

Looking at our energy future in more detail we were fortunate to speak with the well-known economist and author of the Crash Course Chris Martenson. You can find out more about Chris and the Crash course at his website Peak Prosperity.

In this interview, conducted by James Stafford of OilPrice.com, Chris discusses:

OP: You're well-known for talking about the dangers of peak oil. But are you more optimistic about the future now that we find ourselves in the middle of an energy boom—thanks to improved extraction methods like fracking and other technologies, which have opened up massive oil and gas plays once thought to be unreachable or too expensive to get to market?

Chris Martenson (CM): Good question. The relationship between energy and the economy is the most important thing that anyone can, and should, work to understand. In the past, we've always had whatever amounts of oil we wanted to support the sort of economy we operate, and that happens to be an economy that grows exponentially. The rate of growth that seems to work best at about 3 percent real and 6 percent nominal growth.

So shale oil discoveries may be massive in terms of the total number of barrels of oil – but what they lack are high and sustained flow rates. And there's a lot of confusion out there in the press right now, with several analysts that should know better, waving their hands at increasing reserves and then making the utterly wrong conclusion that peak oil is a defunct theory.

Related: Why Shale Gas Will Be The Next Bubble To Burst: Interview With Arthur Berman

Related: How Shale May Change The Future Of Geopolitics: Robert D. Kaplan

Now, to illustrate this, imagine we just found a trillion barrels 40,000 feet down. Yeah, that would be awesome, right? No more peak oil, at least for a long time, right? Well, what if due to technological considerations, we could only get a few wells installed, and the max flow rate we could get from that reservoir was 100,000 barrels per day. Oh, that's it? Well, that's nice, but it doesn't really help the overall situation, where we're experiencing roughly 4,000,000 barrels per day,per year declines in existing conventional crude oil fields.

That is, reservoir size and flow rates were well-correlated several decades ago, because the stuff just flowed out of the ground so easily, but now that we have to drill tens of thousands of feet to achieve a single well flow rate on the order of 100 barrels per day/per well in the shale plays, or we even have to scoop up tarry sand in giant machines and then power wash the bitumen off of it, oil just don't quite flow quite like it used to.

There's a new relationship between reserves and flow rates, and it's a fraction of the old rate. And it's an entirely new world, and this has been missed by the less insightful analysts and commentators out there.  I am optimistic about the new reserves and flows but not because I happen to think they allow us to forget about the challenges and snap back to 'how things used to be.'  We're in a new regime of higher oil prices and that alone sets today well apart from the past.

Related: Can The Global Economy Recover From Its “High-Priced Fuel Syndrome”?: Gail Tverberg

OP: In your crash course, you make an interesting point that America imports 10 million barrels of oil per day, which represents the same power equivalent as 750 nuclear plants. With the new oil fields opening up in the US, is it realistic to think that America could become energy independent?

Chris Martenson: Energy independence is another confusing term that's recently, and I think regrettably, been introduced in the conversation. The various forms of energy are simply not interchangeable at this time. We have to consider them separately.

I've never thought that the US has an energy shortfall. We have a lot of coal, for example, but we do have a liquid fuel predicament. Right now, we move almost nothing from point A to point B using anything other than liquid fuels derived from petroleum. Together, electricity and natural gas account for perhaps 1 percent of everything that moves. I believe that we could and we should work very hard towards using electricity to move things, but to do so will require many trillions of dollars in investment in infrastructure, vehicles, storage technology.

I also believe we should use our remaining natural gas as a bridge fuel to get us to a new energy future that's durable and provides us with a high quality of life. If we were on a path towards using electricity and natural gas to move things around, then I would be willing to entertain the idea of energy independence as a useful concept, because then the various fuels would be swappable. However, we're not on any such path at all at this point in time, at least not meaningfully so.

We will not ever become energy-independent with respect to liquid fuels in the US unless demand absolutely craters due to an economic calamity of some sort.

Related: Is Affordable Energy a Myth? – Interview with Ed Dolan

OP: Obviously making a change would take serious political will. Do you think that will exists at this point in time, or is it something that's going to happen when people get a nasty shock?

CM: I think we're going to have to go with the nasty shock at this point. The political will just isn't there. Recent events have really confirmed for me that Washington, D.C. just doesn't get it. They really want to believe in the story that the US is a new energy powerhouse; just don't want to look at the complexities that are actually involved in the story at this point in time.

So will we change through pain or insight? Those are the two main avenues of change, either at the individual or cultural level. I truly believe that pain is probably the most likely way we're going to change in this story.  Maybe not - hope springs eternal - but from a betting standpoint change will follow pain.

OP: What do you see happening with the oil market in the coming, say, three to five years?

CM: Despite all of the hoopla about tight oil, which I think has been oversold by the way, I remain focused on the fact that for whatever reasons, world oil production has been effectively flat for six years running despite a tripling in the price of oil. Brent crude remains solidly over 100 a barrel, and 2012 will be the highest yearly oil price on record for global oil.

So my ideas here are that oil's an utterly non-negotiable necessity of modern life. Demand for it is going to grow further on the world stage.  New oil discoveries all have a marginal cost of production that ranges from 60 bucks on the low end per barrel to 100 dollars per barrel on the high end. What this means is that my new floor, for the price of oil, is somewhere in the vicinity of $70 to $80 a barrel. That's my low end target.

On the upper end, so much depends on whether the world economy finally recovers, which is looking increasingly unlikely, or whether there are further geopolitical difficulties in the few remaining productive oil basins, notably West Africa and the Middle East. Should either or both of those regions see their oil production shut in for any length of time, I can easily see the price of oil doubling from here to $200 a barrel, with very dire effects on the struggling world financial system.

OP: What are your thoughts on the situation we are seeing with declining net energy returns?

CM: This is really the important part of this conversation. I think it's a subtle idea, but it's actually the most important one here, and that is that net energy returns are what we run our society on. And the net energy returns we're getting from these new finds are a fraction of those that we enjoyed in prior decades. So that surplus energy left over after exploring and extracting energy, that's the stuff on which our complex, just-in-time economy runs.

With less surplus or net energy, there's just less left over to do other things with, such as growing our debts--at nearly double the rate of underlying economic growth, which is what we've done for the past four decades. Or shipping billions of economic items tens of thousands of miles from low cost labor markets to high profit consumer markets. Those activities require net energy, and that's the part of this story that's really missing, that even if we have these large finds, the tight oil shale plays, the heavy oils, the ultra-deep water finds, the net energy we're getting back from those is just a fraction of what we used to get.