Why Economies Must Invest In Equal Opportunities For All Children: Jeffrey Sachs 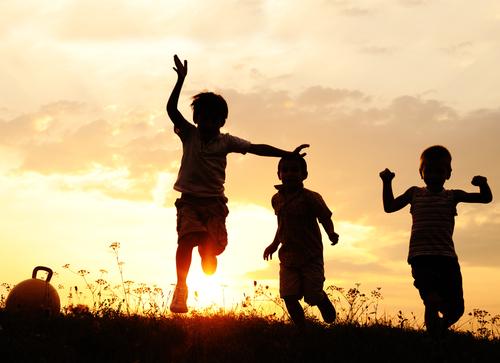 Children are every country’s most vital resource; yet even high national incomes do not guarantee children’s well-being. According to a new UNICEF study, societies that have a strong commitment to equal opportunity for all of their children – and that are prepared to invest public funds on their behalf – tend to end up with the highest economic returns.

NEW YORK – Children are every country’s most vital resource. This is true not just morally, but also economically. Investing in the health, education, and skills of children offers the highest economic returns to a country. A new study by the UN Children’s Fund (UNICEF) shows which high-income countries are doing well when it comes to making these investments – and which are doing poorly.

The report, Child Well-Being in Rich Countries, takes a holistic view of the conditions of children in the United States, Canada, and Europe – 29 countries in all. The top-ranked countries, where children are best off, are the social democracies of Western Europe. The Netherlands heads the list, followed by Norway, Iceland, Finland, Sweden, and Germany.

At the bottom one finds a major surprise: the U.S., the richest large economy in the world, is in 26th place, followed by three much poorer countries: Lithuania, Latvia, and Romania. France and the United Kingdom are ranked in the middle.

The study assesses children’s well-being in terms of material conditions (related to household-income levels); health and safety; education; risky behavior (such as excessive alcohol consumption); and physical environment, including housing conditions. Although the study is limited to high-income countries, national governments – and even cities – in other parts of the world should replicate it to analyze their own children’s well-being.

The gaps between the northern European countries and the U.S. are the most telling. Northern European countries generally provide cash support to families to ensure that all children are raised in decent conditions, and they undertake ambitious social programs to provide high-quality day care, pre-school, and primary and secondary education. Moreover, all children are well covered by effective health-care systems.

The U.S., with its individualist, free-market ideology, is very different. There is little cash support for families. Government programs supposedly provide a social safety net, but politicians are, in fact, largely indifferent to the well-being of the poor, because poor voters turn out in lower numbers and do not finance America’s expensive election campaigns. Indeed, the evidence strongly suggests that U.S. politicians tend to listen and respond only to their richer constituents. The so-called safety net has suffered accordingly, as have America’s poor.

American children suffer far more from low birth weight (a major danger signal for later life); being overweight at ages 11, 13, and 15; and very high rates of teenage fertility. There are around 35 births for every 1,000 girls aged 15-19, compared to fewer than ten per thousand in the northern European countries.

Likewise, U.S. children face considerably more violence in society than children in other high-income countries do. That may not be surprising, but it is deeply troubling, because children’s exposure to violence is a major threat to their physical, emotional, and cognitive development. Homicide rates in the U.S. are roughly five times higher than in northern Europe.

Related: Infographic: Prison Spending vs. Education Spending in the US

Here, the evidence suggests that northern Europe’s children generally appreciate their remarkable advantages. The children were asked to rate their “life satisfaction” on an 11-step ladder. In the Netherlands, a remarkable 95 percent of children set their rating at six or higher. In the U.S., the proportion is much lower, at around 84 percent. These subjective rankings also correlate highly with the children’s reported quality of interactions with their peers and parents. Some 80 percent of Dutch children report their classmates to be “kind and helpful,” compared to just 56 percent of American children.

The costs to the U.S. of allowing so many of its children to grow up in poverty, poor health, poor schools, and poor housing are staggering. A shocking proportion ends up serving time in prison – especially in the case of non-white poor children. Even those fortunate not to fall into the trap of America’s vast prison system often end up unemployed and even unemployable, without the skills needed to obtain and keep a decent job.

Americans have been blinded to these calamitous mistakes partly by a long history of racism, as well as by a misplaced faith in “rugged individualism.” For example, some white families have opposed public financing for education, because they believe that their tax money goes disproportionately to help poorer non-white students.

The result, however, is that everybody loses. Schools underperform; poverty remains high; and the resulting high rates of unemployment and crime impose huge financial and social costs on U.S. society.

Related: More Than 1 in 5 US Children Living In Poverty

The UNICEF findings are powerful. High national incomes are not enough to ensure children’s well-being. Societies that have a strong commitment to equal opportunity for all of their children – and that are prepared to invest public funds on their behalf – end up with much better outcomes.

Every country should compare the conditions of its young people with those reported by UNICEF, and use the results to help guide expanded investment in their children’s well-being. Nothing could be more important for any society’s future health and prosperity.