Why America’s Recovery Will Be Sluggish: Mohamed El-Erian 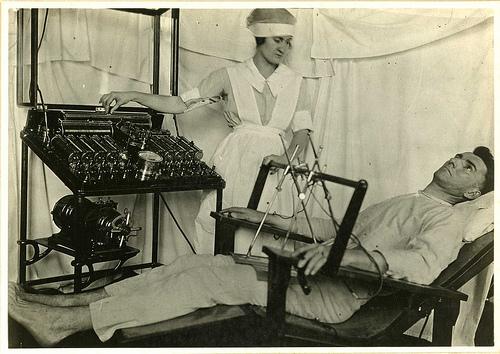 Though six factors now suggest that US economy is slowly and steadily healing, a lot more needs to happen – indeed, urgently – to restore America's traditional vigour and vitality.

NEWPORT BEACH – Six internal factors suggest that the United States’ economy is slowly healing. For some observers, these factors were deemed sufficient to form the critical mass needed to propel the economy into escape velocity.

While I hoped that they might be proven right, the recent stream of weak economic data, including May’s timid net job creation of only 69,000, confirmed my doubts. With this and other elements of a disheartening employment report now suddenly raising widespread worries about the underlying health and durability of America’s recovery, it is important to understand the positive factors and why they are not enough as yet.

For starters, large US multinational companies are as healthy as I have ever seen them. Their cash balances are extremely high, interest payments on debt are low, and principal obligations have been termed out. Many of them are successfully tapping into buoyant demand in emerging economies, generating significant free cash flow.

Related: American Companies Sitting Atop A Pile Of Cash

Company cash is not the only source of considerable spending power waiting on the sidelines. Rich households also hold significant resources that could be deployed in support of both consumption and investment.

The third and fourth positive factors relate to housing and the labour market. These two long-standing areas of persistent weakness have constituted a major drag on the type of cyclical dynamics that traditionally thrust the US out of its periodic economic slowdowns. But recent data support the view that the housing sector could be in the process of establishing a bottom, albeit an elongated one. Meanwhile, job growth, while anemic, has nonetheless been consistently positive since September 2010.

Then there is the US Federal Reserve Board. Despite legitimate questions about the effectiveness of its unconventional and ever-experimental policy stance, the Fed appears willing to be even more activist if the economy weakens. Indeed, if the Fed makes an inadvertent mistake (the likelihood of this is considerable, given the country’s complex situation and the “unusually uncertain” outlook), it is more likely to err on the side of staying accommodative for too long, rather than tightening monetary policy prematurely.

Finally, with the November elections in sight and subsequently out of the way, some believe that politicians in Washington might finally be in a better position to agree to much-needed grand policy bargains. In addition to removing the damaging spectre of the fiscal cliff – a potentially disruptive economic hindrance equivalent to some 4 percent of GDP, in the form of excessively blunt spending cuts and across-the-board tax increases – greater political effectiveness would serve to remove other uncertainties that inhibit certain economic activities.

Each of these six factors suggests actual and potential economic healing. So, not surprisingly, they have provoked excitement in some circles that the US may finally be poised to leave behind the depressing trio of unusually sluggish growth, persistently high unemployment, and high and growing inequality.

The problem is that these factors, both individually and in combination, are unlikely to be a game-changer, for four reasons:

• The economic and financial headwinds from outside the US are strong and gusting, owing largely to the ever-worsening European crisis, which is now entering an even more disruptive and unpredictable phase as depositors in some countries step up their withdrawals from local banks. But it also reflects the beginning of a growth slowdown in the major emerging countries, including Brazil, China, India, and Russia.

• Too many sectors of the US economy have not completed their balance-sheet rehabilitation process. This is true for the banking system, which has not de-leveraged to the satisfaction of either regulators or the markets, thus limiting the scope for credit growth. It is also true for many households. Indeed, with the average household savings rate having dropped recently to below 4 percent, too many families are in the process of exhausting their cushions of emergency cash, if they have not done so already.

• The unusual monetary-policy activism of the last few years risks causing collateral damage and producing unintended consequences. While no individual issue is overwhelming yet, together they could serve to dampen economic activity and the proper functioning of markets. Recall that the Fed’s policy bet was that these “costs and risks,” to use Chairman Ben Bernanke’s phrase, would be more than offset by the improvement in the overall economic situation. But this generalized benefit has failed to materialize.

• Perhaps most importantly, repeated delays in removing the persistent impediments to growth and jobs means that some of them are becoming stubbornly embedded in the structure of the US economy – thus draining its dynamism and reducing its responsiveness. For example, with long-term joblessness at 5.4 million and the average duration of unemployment at 2.5 times the historical norm, workers are less able to regain productive employment quickly at anywhere near their previous wages and salaries. Similarly, the alarmingly high level of youth joblessness increases the risk of relatively new entrants into the labour force becoming unemployable.

The bottom line is unfortunate, but it must be acknowledged. While the US economy is gradually healing, a lot more needs to happen – indeed, urgently – to restore its traditional vigour and vitality. Most important, robust recovery requires a degree of seriousness and constructive collaboration in Washington that seems elusive today.

Unless and until this cooperation materializes, the hope of achieving economic escape velocity will remain just that – a hope. And, rather than surging forward, the US economy, regrettably and exasperatingly, will remain captive to unusual sluggishness, while its vulnerability to the ill winds blowing from the rest of the world will only increase.

See also: America’s Full Recovery Is Not Yet Guaranteed: Mohamed El-ErianSee also: Beware The Bounce – Why The US Economy Is Still In Trouble: Nouriel Roubini