Who's Hungry? Outrageous Food Prices Screw Everyone Except... 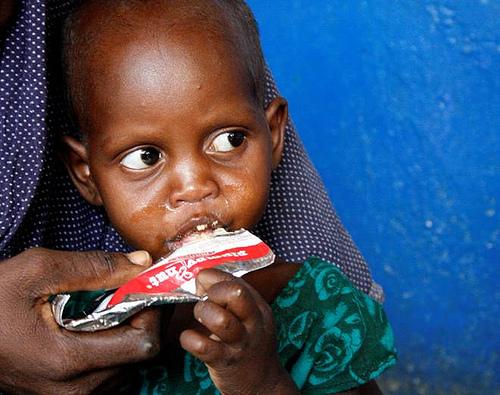 10 June 2011. Since the second half of last year, global wheat prices have more than doubled according to the World Bank, and prices of corn, sugar and oil have skyrocketed. The Cereal Price Index soared a shocking 69 percent from May 2010 to May 2011. On average, the Food Price Index averaged 232 points in May 2011, 37 points higher than May 2010.

1. The rise of biofuels, like ethanol made from corn. This market, driven largely by government subsidies, has created demand that is what economists call "price inelastic" — demand stays strong even as prices rise.

3. Disappearing stockpiles. Because of WTO rules, the U.S. and Europe have been moving away from subsidies that led to vast reserves of wheat and corn.

Subsidies still exist in the U.S. and Europe, but they've taken a different form. Governments used to buy and stockpile surplus food from farmers. Now it's more common for governments to give farmers subsidy payments without actually buying any of the food they produce.

Big stockpiles mean that the supply of food remains relatively constant, even when there are disasters like the vast fires that destroyed last summer's Russian wheat crop. But in the absence of stockpiles, unexpected shocks like those fires in Russia last summer have a huge impact on supply. That, in turn, contributes to huge price spikes.

"What you get is a world market that is increasingly tight, without much of a buffer," Abbassian told me. "Without a buffer, you have volatility. It's as simple as that."

4. Speculation. The volatility created by declining stocks is in turn compounded by speculation — traders betting on the rise or fall of prices.

Abbassian argued that bringing more transparency to commodities futures markets might mitigate this issue.
"If we know who is buying it and what are they buying it for, that may get those who are just there to gamble to be more cautious about their positions," he said.