What Depression? Private Equity Firms Have TOO MUCH Money 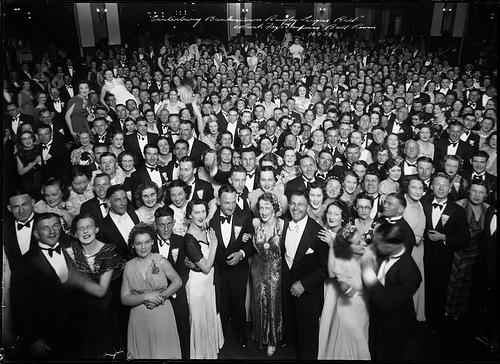 Only on Wall Street, in the rarefied realm of buyout moguls, could you actually have too much money.

Private equity firms, where corporate takeovers are planned and plotted, today sit atop an estimated $500 billion.

But the deal makers are desperate to find deals worth doing, and the clock is ticking.

have pledged to invest many billions with them —

provided the deal makers can find companies to buy.

If they fail, investors can walk away, taking lucrative business with them.

But they typically must invest all the money within the first three to five years of the funds’ life.

They must invest their money soon or return it to clients —

presumably along with some of the management fees the firms have already collected.

To maximize investment returns, they typically leverage their cash with loans from banks or bond investors.

Critics contend that leveraged buyouts can saddle takeover targets with dangerous levels of debt, according to this article in the New York Times.

But unlike indebted homeowners, highly leveraged companies under the care of private equity have so far dodged the big bust many have predicted.

After an unprecedented burst of buyouts during the boom leading up to 2008, a vast majority of these companies are hanging on.

Whether they will avoid a reckoning is uncertain.

So for now buyout artists are searching for their next act.

Some of the industry’s biggest players –

have more than $10 billion apiece in uncommitted capital —

what is known as “dry powder” —

according to Preqin, an industry research firm.

Some buyout firms are asking their clients for more time to search for companies to buy.

Many more are rushing to invest their cash as quickly as possible, whatever the price.

Many in the industry are getting caught in bidding wars.

Firms are assigning surprisingly high valuations to companies they are acquiring,

even though the lofty prices will in all likelihood reduce profits for their investors.

A big drop in returns would be particularly vexing for pension funds,

which are counting on private equity, hedge funds and other so-called alternative investments to help them meet their mounting liabilities.

Given the prices being paid for companies, investors’ returns over the life of the fund are likely to drop into the low to mid-teens,

which used to be affiliated with Bain Capital, the private equity firm.

Returns will be even lower once fees are factored in.

Private equity firms typically charge an annual fee of 2 percent and take a 20 percent cut of any profits.

“those are far from the gross returns of the mid- to high teens that we saw a few years ago,” Mr. MacArthur said.

One factor in the modest forecast is rising prices for buyouts.

“tough competition for deals” had driven up valuations recently.

One of the biggest and costliest deals so far this year was the acquisition of a stake in the Interactive Data Corporation,

according to Capital IQ, which tracks the industry.

A third, unidentified private equity partner dropped out because the price was too high.

a premium of nearly 33 percent to the going price in the stock market.

Silver Lake and Warburg Pincus declined to comment for this article.

Last year, when banks balked at financing deals and private equity firms worried the economic crisis would drag on,

the number of deals — and prices paid — fell sharply.

which owned a number of consumer finance Web sites.

The price represented a 15.8 percent premium.

Apax had to pay the entire bill itself, with no money from banks.

But these days, even small and midsize companies are in a bidding frenzy.

More than a dozen buyout firms made initial bids for the Virtual Radiologic Corporation,

When Plato last tried to sell itself, in the fall of 2007, it found no takers.

Private equity players concede that competition has heated up and prices are rising.

But they argue that prices, from a historical standpoint, remain attractive.

Prices are well below the stratospheric levels of 2007 and 2008, according to Capital IQ.

Buyout executives also say it is too soon to determine what profits will come from these deals.

And, they say, losers in bidding wars always claim the winners overpaid.

Still, those with dry powder are bidding aggressively, in the United States, Europe and Asia.

TPG — which, according to Preqin, has one of the largest stockpiles at more than $18 billion —

has bid aggressively at several auctions, according to several investment bankers.

In fact, TPG has spent $9.2 billion so far this year, investing in 11 companies, including ones in India and Brazil.

That makes TPG the industry’s top deal maker, according to Dealogic, a research firm.

Noting that buyout firms are “feeling a lot of pressure to put the money to work,”

William R. Atwood, head of the Illinois State Board of Investment, said he hoped the firms would not stretch too far for deals.

“There is a big counterpressure — a requirement for prudence and returns from their investments,” he said.

As literally millions of Americans and other people around the world struggle daily to survive,

Wall Street big shots have, literally, more money than they know what to do with.