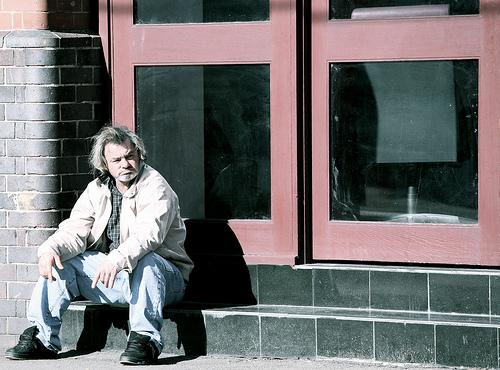 NEW HAVEN – The number is 0.2 percent. It is the average annualized growth of US consumer spending over the past 14 quarters – calculated in inflation-adjusted terms from the first quarter of 2008 to the second quarter of 2011. Never before in the post-World War II era have American consumers been so weak for so long. This one number encapsulates much of what is wrong today in the US – and in the global economy.

There are two distinct phases to this period of unprecedented US consumer weakness. From the first quarter of 2008 through the second period of 2009, consumer demand fell for six consecutive quarters at a 2.2 percent annual rate. Not surprisingly, the contraction was most acute during the depths of the Great Crisis, when consumption plunged at a 4.5 percent rate in the third and fourth quarters of 2008.

Related: Not a Good Time to Be an American

As the US economy bottomed out in mid-2009, consumers entered a second phase – a very subdued recovery. Annualized real consumption growth over the subsequent eight-quarter period from the third quarter of 2009 through the second quarter of 2011 averaged 2.1 percent. That is the most anemic consumer recovery on record – fully 1.5 percentage points slower than the 12-year pre-crisis trend of 3.6 percent that prevailed between 1996 and 2007.

These figures are a good deal weaker than originally stated. As part of the annual reworking of the US National Income and Product Accounts that was released in July 2011, Commerce Department statisticians slashed their earlier estimates of consumer spending. The 14-quarter growth trend from early 2008 to mid-2011 was cut from 0.5 percent to 0.2 percent; the bulk of the downward revision was concentrated in the first six quarters of this period – for which the estimate of the annualized consumption decline was doubled, from 1.1 percent to 2.2 percent.

I have been tracking these so-called benchmark revisions for about 40 years. This is, by far, one of the most significant I have ever seen. We all knew it was tough for the American consumer – but this revision portrays the crisis-induced cutbacks and subsequent anemic recovery in a much dimmer light.

The reasons behind this are not hard to fathom. By exploiting a record credit bubble to borrow against an unprecedented property bubble, American consumers spent well beyond their means for many years. When both bubbles burst, over-extended US households had no choice but to cut back and rebuild their damaged balance sheets by paying down outsize debt burdens and rebuilding depleted savings.

Yet, on both counts, balance-sheet repair has only just begun. While household-sector debt was pruned to 115 percent of disposable personal income in early 2011 from the peak of 130 percent hit in 2007, it remains well in excess of the 75 percent average of the 1970-2000 period. And, while the personal saving rate rose to 5 percent of disposable income in the first half of 2011 from the rock-bottom 1.2 percent low hit in mid-2005, this is far short of the nearly 8 percent norm that prevailed during the last 30 years of the twentieth century.

With retrenchment and balance-sheet repair only in its early stages, the zombie-like behavior of American consumers should persist. The 2.1 percent consumption growth trend realized during the anemic recovery of the past two years could well be indicative of what lies ahead for years to come.