Solutions to the Eurozone’s Problems Miss the Mark: George Friedman 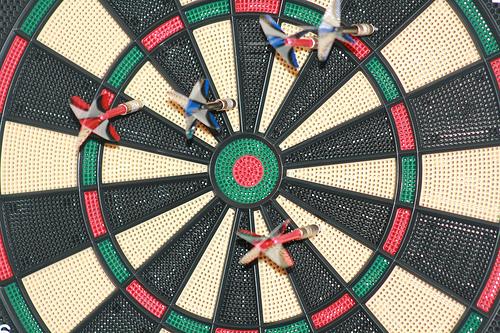 The economic crisis in the eurozone is, without doubt, mammoth. On a more optimistic note, central bankers and governing authorities seem to have reached a consensus on how to tackle the economic problems: by giving banks and countries money, defaults can be avoided. But this does not address the fundamental dilemma of Europe, nor does it show a concerted understanding of Europe’s underlying political complexities.

STRATFOR has examined the plans for dealing with the financial crisis in Europe, and we find them technically plausible, even if they involve navigating something of a minefield. The eurozone’s bailout fund, the European Financial Stability Facility, would be expanded in scope and reach until it can handle the bailout of a major state, the default of a minor state and a banking crisis of unprecedented proportions. Given assumptions of the magnitude of the problem and assuming general compliance with the plans, there is a chance that the solution we see the Germans moving toward could work.

The Foundation of the Crisis

Part of that tale is about two dubious assumptions at the foundation of the crisis. The first is the assumption that interested parties are genuinely aware of the size of the financial problems, and to the extent they are aware of it, that they are being honest about it. Ever since 2008, the singular truth of the financial community globally has been that they were either unaware of the extent of the financial problems on the whole or unaware of the realities of their own institutions. An alternative explanation is, of course, willful ignorance. This translates as the leaders being fully aware of the magnitude of the problem but understating it to buy time or to position themselves personally for better outcomes. It could also simply be a case of their being engaged in helpless hopefulness — that is, they knew there was nothing they could do but remained hopeful that someone else would find a solution. In sum, it combined incompetence, willful deception and willful delusion.

Consider the charge that the Greeks falsified financial data. While undoubtedly true, it misses the point. The job of bankers is to analyze data from loan applicants and to uncover falsehoods. The charge against the Greeks can thus be extended to bankers. How could they not have discovered the Greek deception?

Related: Can the eurozone be saved or is it too big to bail?: Yannos Papantoniou

There are two answers. The first is that they didn’t want to. The global system of compensation among financial institutions — from home mortgages to the purchase of government bonds — separates the transaction from the outcome. In other words, in many cases bankers are not held responsible for the outcome of the loan and are paid for the acquisition and resale of the loan alone. They are therefore not particularly aggressive in assessing the quality of a given loan. Frequently, they work with borrowers to make their debt look more attractive.

During the U.S. subprime crisis, in the mortgage crisis in Central Europe and in the sovereign debt and banking crisis in Europe, the system placed a premium on transactions, immunizing bankers from the repayment of loans. The validity of the numbers systematically was skewed toward the most favorable case.

More important, such numbers — not only of the status of loans but also about the economic and social status of the debtors — inherently are uncertain. This is crucial because part of the proposed European solution is the imposition of austerity on debtor nation states. The specifics of that austerity and its effect on the ability to repay after austerity heavily depend on the validity of available economic and social statistics.

There is an interesting belief, at least in the advanced industrial countries, that government-issued statistics reflect reality. The idea is that the people who issued these statistics are civil servants, impervious to political pressure and therefore likely providing accurate data. A host of reasons exists for looking at national statistics with a jaundiced eye beyond the risk of politicians pressuring civil servants.

For one, collecting statistics on a society is a daunting task. Even small countries have millions of people. The national statistical database is based on the assumption that all of the transactions and productions of these millions can be measured accurately, or at least measured within some knowable range of error. This is an overwhelming undertaking.

The solution is not the actual counting of transactions — an impossible task — but the creation of statistical models that make assumptions based on various methodologies. There are competing models that provide different outcomes based on sampling procedures or mathematical models. Even without pressure from politicians, civil servants and their academic mentors have personal commitments to certain models.

Related: Remedies for an ailing economy – How to avert a crisis: Nouriel Roubini

The center of gravity of our global statistical system, particularly those of advanced industrial countries, is that the selection of statistical models is frequently subject to complex disputes of experts who vehemently disagree with one another. This is also a point where political pressure can be applied. Given the disagreements, the decision on which methodology to use — from sampling to reporting — is subject to political decisions because the experts are divided and as contentious as all human beings are on any subject they care about.

And this is the point at which outside decisions are made, based on outcome, not on the subtleties of mathematical modeling. There is a connection between the numbers and reality, but the mathematics of a bailout rests on a statistical base of sand. It is always assumed that this is the case in the developing world. This creates a certain advantage, in that it is understood that the statistics are unreliable. By contrast, the advanced industrial countries have the hubris to believe that complex mathematics has solved the problem of knowing what hundreds of millions of people in billions of transactions actually have done.