The World Bank Needs To Reform And Adapt To A Changing World Order: José Antonio Ocampo 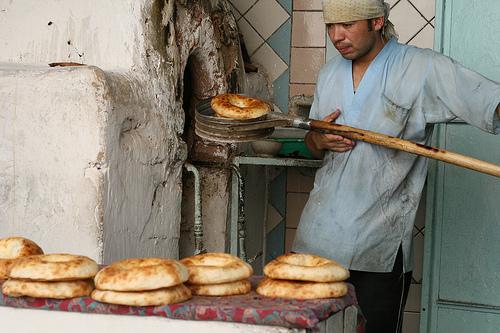 In order to be a bank that serves the world’s needs and addresses global challenges, the World Bank needs internal reforms congruous to a changing world order. To find relevance, the World Bank needs to be a truly global institution with a special responsibility vis-à-vis the world’s poorest countries and a commitment to helping middle-income countries face their own challenges.

NEW YORK – I have been honored by World Bank directors representing developing countries and Russia to be selected as one of two developing-country candidates to become the Bank’s next president. So I want to make known to the global community the principles that will guide my actions if I am elected – principles based on lessons learned from development experience.

That experience has taught me that successful development is always the result of a judicious mix of market, state, and society. Trying to suppress markets leads to gross inefficiencies and loss of dynamism. Trying to do without the state leads to unstable and/or inequitable outcomes. And trying to ignore social actors that play an essential role at the national and local levels precludes the popular legitimacy that successful policymaking requires.

Indeed, the specific mix of markets, state, and society should be the subject of national decisions adopted by representative authorities. This means that it is not the role of any international institution to impose a particular model of development on any country – a mistake that the World Bank made in the past, and that it has been working to correct. Because no “one-size-fits-all” strategy exists, the Bank must include among its staff the global diversity of approaches to development issues.

Development is a comprehensive process that involves economic, social, and environmental dimensions – the three pillars of sustainable development.

And, frankly, I have concerns about some of the World Bank’s views and priorities in recent decades.

For example, while the Bank has made important contributions to the nurturing of deep financial sectors, it still has much to learn about financial inclusiveness and the role that well designed development banks have played in fostering sustainable and inclusive growth in countries around the world. We should never forget, in this regard, that the World Bank is itself a global public-sector development institution.

The Bank contributed significantly in its early decades to the development of high-quality physical infrastructure, a critical area that, unfortunately, was later marginalized. The return of this issue to the center of the Bank’s focus is a welcome development.

Above all, I believe that economic development should be viewed as a process of persistent structural change, which, if successful, supports constant technological upgrading of production and trade. This approach was central to the World Bank’s activities up to the 1970’s, and, while it has been partly revived, it is still far from being incorporated into the Bank’s operations.

The goal of development is greater and more equitable human welfare. Human development is about much more than the generation of human capital: it is essentially about expanding the scope of human freedom. And that can be achieved only with universal education, health care, and social protection.

Related Story: Development, But At What Price? Lessons from the Happiest Place in Asia

Related Story: The Pursuit of Happiness – Will Economic Objectives Stand in the Way? : Jeffrey D. Sachs

Targeting can be a useful instrument of universal policies, but it can never serve as a substitute for them. Likewise, social protection goes beyond the narrow concept of the “social safety net” that has dominated debate in recent decades. The concept of the “social protection floor,” recently proposed by the Bachelet Report (produced by the International Labor Organization under the leadership of former Chilean President Michelle Bachelet) provides better intellectual grounding.

Equity and inclusiveness require placing the advancement of the poor and other marginalized groups at the center of development specialists’ concern. In particular, gender equality deserves special attention, an approach that the World Bank today rightly characterizes as smart economics.

Guaranteeing these objectives is not just about compensating for market outcomes and social forces that generate or reproduce inequalities. It is also about incorporating these objectives into economic policymaking, by placing the creation of fulfilling jobs and well-developed welfare institutions at the center of the economic agenda, and by respecting the role of cultural diversity in economic development.

This approach also applies to the environmental pillar of development: intervention to counter damage generated by the economy is not enough. Environmental concerns must be fully assimilated into economic policymaking – that is, into the incentive structure that drives decisions. Only then can economic development be made compatible with the contributions that developing countries must make to mitigating climate change and preserving our planet’s remaining natural forests and biological diversity.

The World Bank’s capacity to contribute to achieving these goals depends on it remaining a true global institution with a special responsibility vis-à-vis the world’s poorest countries and a commitment to helping middle-income countries face their own challenges. It must count on the vision and contributions of more advanced nations, as well as those of emerging powers. And it must do so as part of the system of global governance, strengthening its cooperation with other multilateral organizations, in particular those in the United Nations system and regional and subregional development banks.

These are the development principles and priorities for which I stand. If elected to head the world’s leading development institution, I will work with all of its members to fulfill them.

Related Story: Can The World Bank Rediscover Itself? : Jeffrey Sachs

José Antonio Ocampo is a professor at Columbia University and former Minister of Finance of Columbia. He is one of three nominees for President of the World Bank.