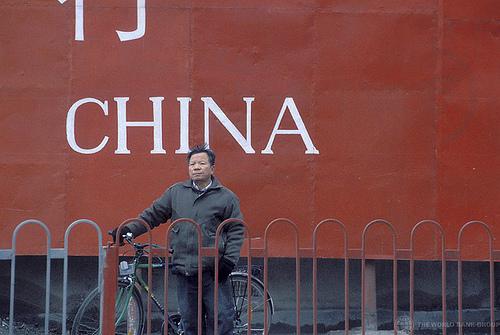 Borrowing your way out of debt

China’s woes do not stem directly from the fact that its local governments are struggling to repay its bank loans. After all, it has been correctly argued that the Chinese government can afford to, and will most likely allow the debt to ‘roll over’ to the country’s main balance sheet. But the key problem here is two-fold: China’s debt is rising and it will eventually blow up. Secondly, China needs to identify and ensure that its long-run engine of growth works, given the weak links that exist in China’s socio-economic model.

Contrary to some recent research reports cited in the press I do not think we have seen any substantial rebalancing of the economy towards consumption in 2011.  This is largely an argument being made by economists who did not see why Chinese consumption repression was all along at the heart of the growth model.  These economists are now too quick, I think, to hail evidence of a surge in consumption, but I find the evidence very weak and more importantly I am convinced that there cannot be a sustainable surge in consumption as long as the investment-driven growth model is maintained and as long as debt continues to rise unsustainably.

And as for debt, it is still rising quickly. As regular readers know I have always argued that the rise in Chinese debt, as bad as it is, was not going to lead to a banking collapse or any other sort of financial collapse because of the way local and specific debt problems would be “resolved”.  Debt would simply be rolled onto the government balance sheet.

Last Monday I was in Hong Kong visiting few clients, and during my visit to Hong Kong the Financial Times gave me a nice gift – an opportunity to centre my discussions – with this article:

China has instructed its banks to embark on a mammoth roll-over of loans to local governments, delaying the country’s reckoning with debts that have clouded its economic prospects. China’s stimulus response to the global financial crisis saddled its provinces and cities with RMB 10.7 trillion ($1.7 trillion) in debts – about a quarter of the country’s output – and more than half those loans are scheduled to come due over the next three years.

Since the principal on many of the loans is not repayable, banks have started extending maturities for local governments to avoid a wave of defaults, bankers and analysts familiar with the matter told the Financial Times. One person briefed on the plan said in some cases the maturities would be extended by as much as four years.

We are going to see a lot of stories like this.  There is a growing amount of unrepayable debt in China and ultimately most if not all of it will end up on the government’s balance sheet.  On that note I disagree with something Simon Rabinovich, in another article published in the FT on the same day, said on the topic:

China’s debt woes are very different from those of Europe or, for that matter, the US. In developed countries, the concern is the sheer amount of debt they have accumulated. The Chinese problem is less one of quantity and more one of structure: rather than issuing bonds, local governments have used opaque bank loans for funding.

“The problem is rooted in the national fiscal system,” said Huang Haizhou, chief strategist at China International Capital Corp, the country’s leading investment bank. “If a successful fiscal reform is implemented over the next three to five years by the new government, the problem will only be a temporary shock.”

This is almost certainly incorrect.  The problem in China is as much the amount of debt as the structure – and by structure I don’t mean the distinction between bonds and loans (bonds end up mainly on the banks’ balance sheets anyway) but rather the unstable and self-reinforcing relationship between underlying conditions and debt servicing costs.  The fact that much of the debt is being accumulated in an opaque fashion only explains why so many people did not see this coming, but it is not the fundamental problem.

As for the claim that successful fiscal reform can keep the impact limited, I am not sure what this means. Fiscal reform in China can only be successful, in this context, if it eliminates loss-making investment activities, and unfortunately I see it doing nothing of the sort.  If the problem is that China is keeping growth high only or mainly by borrowing and misallocating the proceeds, then hidden losses are rising and one way or another the bad debt must be resolved.  The only two ways to resolve the bad debt are by defaulting or by forcing someone else to make up the loss, and the former almost certainly won’t happen to any great extent.

That leaves the latter.  The structure of the debt as this article defines it – transparent bonds versus opaque loan – is I think almost irrelevant.  For example the article goes on to propose one solution:

There seems to be an almost touching faith in cosmetics here.  If banks make foolish loans, stop calling them loans and start calling them bonds and the problem is immediately resolved – we’ll have no more bad loans.

True, we won’t, but we’ll have bad bonds, probably still on the bank balance sheets, and we’ll still be left with the problem of how to pay for them.  Since household income is probably much too low to support another massive transfer to subsidize debt forgiveness, as happened after the last banking crisis of a decade of ago, the next debt crisis will have to be subsidized by government transfers.

But if households don’t clean up the next banking mess, how will it be resolved?  My guess is that it will be resolved in the same way local government debt is being resolved – it will simply be directly or indirectly passed on to the government.  And given the constraints that limit Beijing’s ability to push the household share of GDP down much further, Beijing, as I have argued before, basically has two ways to resolve another surge in bad debt.

Which will Beijing choose? Continue reading…