The Time To Re-Engage North Korea Is Now: Dan Steinbock 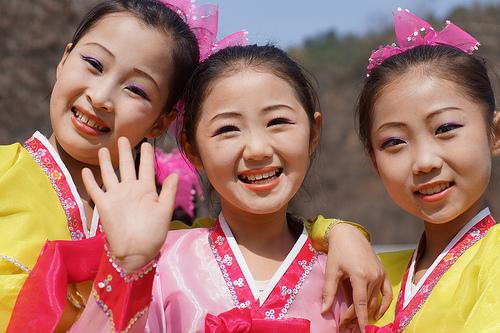 In the West, North Korea’s recent missile launch has been framed as still another example of nuclear blackmail. The launch, the counter-productive international sanctions, the mounting nuclear threats and Kim Jong-un’s call for “radical turn” suggest a new diplomatic opportunity for Washington and Beijing alike and it should be seized now.

On December 12, North Korea launched its Unha-3 rocket, which Pyongyang sees as part of its peaceful space program. The previous efforts in February 2009 and April 2012 had been unsuccessful.

Reportedly, U.S. Ambassador to the U.N. Susan Rice said to her Chinese counterpart that Beijing’s resistance to new sanctions was “ridiculous.”

The West’s unipolar diplomacy no longer works in the nascent multipolar world. The time to re-engage Pyongyang is now.

The talks over North Korea’s nuclear weapons program have been lingering since they were initiated by the Clinton Administration in the early 1990s. After the George W. Bush presidency and the first term of the Obama Administration, the negotiations have shifted from mainly bilateral to the multilateral Six-Party Talks. The latter include all parties – the United States, China, North Korea, South Korea, Japan, and Russia – that have a vital historical economic, political or strategic stake in the region.

In Washington, the optimists have seen the Six-Party Talks as a nucleus of an emerging security framework in East Asia, while the pessimists have regarded the talks as counter-productive appeasement. Some key agreements have been reached for aid and recognition to North Korea, in exchange for denuclearization. However, enforcement has proved challenging. Unfortunately, talks have been suspended since 2009.

Despite being the target of U.S. sanctions, North Korea has received over $1 billion in U.S. aid. Concurrently, concern about nuclear proliferation to other strategic actors has steadily increased.

After Kim Jong-il’s death in December 2011, Washington has monitored carefully the transfer of power to his youngest son, Kim Jong-un. While the fiscal cliff has forced the Obama Administration to focus on domestic priorities, fatal threats involved in nuclear proliferation – one of President Obama’s key concerns since January 2009 – do not permit complacency.

After a series of provocative acts in 2010 (including an alleged torpedo attack on a South Korean warship and an artillery attack on Yeonpyeong Island), Pyongyang has recently signaled a willingness for cooperation. In April 2012, however, bilateral agreements involving aid and freezing of some nuclear activities fell apart with Pyongyang’s missile.

After almost two decades of talks that have consumed three U.S. administrations, as well as a series of false starts in talks and aborted policy postures, the White House has opted for sanctions and building alliances against Pyongyang. Critics demand unipolar assertiveness, but that would result in the further alienation of U.S. allies.

While Washington has never had diplomatic relations with Pyongyang, China remains North Korea’s closest ally. It is the largest provider of food, fuel, and industrial machinery to the country. Furthermore, as the host of the Six-Party Talks, Beijing also plays a critical role in the talks over the future of Pyongyang’s nuclear program.

Since late 2008, China has been not just the largest, but also the provider of aid and partner in trade with North Korea. In Washington, Beijing’s role is regarded as invaluable to contain Pyongyang’s nuclear weapons and ballistic missile programs, in addition to preventing nuclear proliferation.

In the past two decades, Beijing’s bilateral military alliance with and economic assistance to Pyongyang has proved mostly successful. During the global crisis, Beijing and Pyongyang have had amicable but occasionally strained diplomatic and economic relations after Beijing’s negative response to Pyongyang’s nuclear and missile tests in October 2006 that led China to agree to UN Security Council Resolution 1718, which imposed sanctions on North Korea, and to stricter sanctions after Pyongyang’s second nuclear test in May 2009.

While Washington’s primary interest is in denuclearization and human rights, Beijing has an even greater interest in regional stability, which trumps considerations that are seen as more medium- to long-term by nature. This stance is not likely to change in the coming months.

The initial focus of Beijing’s new leadership will be on the domestic economy. However, China’s interest in stability is not compatible with Pyongyang’s sporadic disruptive moves that have potential for destabilization in the region.

In the past few months, North Korea has often been associated with the potential of an electromagnetic pulse (EMP) attack against the United States.. In 2001, Congress established the ‘EMP Commission’ to assess the EMP threat to America. Meanwhile, critics argue that the Commission reports and the right-wing advocacy are pushing alarmism that countries, such as Iran and North Korea, pose an existential threat to America.

After the launch of North Korea’s rocket in December, conservative U.S. analysts argued that Pyongyang’s long-range rocket uses ballistic missile technology that, with further improvements, will allow North Korea to reach the U.S. The concern is that a nuclear weapon, even if it would be exploded hundreds of miles above the U.S. could unleash EMP effects, thus bringing American economy to a standstill.

In his New Year’s address however, North Korean leader Kim Jong-un called for a “radical turn” in his country, for science and technology not only to boost the military but to unleash “industrial revolution in the new century.” Moreover, these improvements should be manifested in the people’s “standard of living.” The latter term was used half a dozen times, amidst the more traditional political liturgies.

Related: Russia To Write Off 90 Percent Of North Korea’s Debt

Of course, critics will see this address as just another ploy to encourage appeasement. On the other hand, Kim Jong-un needed a successful launch to consolidate his position in North Korea. Furthermore, international sanctions have seldom had positive effects. Punitive actions should serve cooperation, not undermine it. In the poorest economies, the rise of the entrepreneurial class is the most vital imperative – and one that these sanctions have consistently demolished.

The U.S. approach has resulted in harsh rhetoric, but toothless measures. The Chinese approach shows few short-term gains, but its objectives are essentially medium- to long-term.

Symbolic politics in the U.N., even in the Security Council, is not the way out. New sanctions against North Korea would only foster greater instability in the region. Further, Kim Jong-un’s call for a “radical turn” requires the support of the international community, not sanctions.

What is needed is the resurgence of the Six-Party Talks in the region, greater bilateral strategic trust between Washington and Beijing, and increasing multipolar cooperation against potential EMP threats worldwide.

Kim Jong-un has provided an opening for a new era in the Korean Peninsula. The time to re-engage Pyongyang is now.