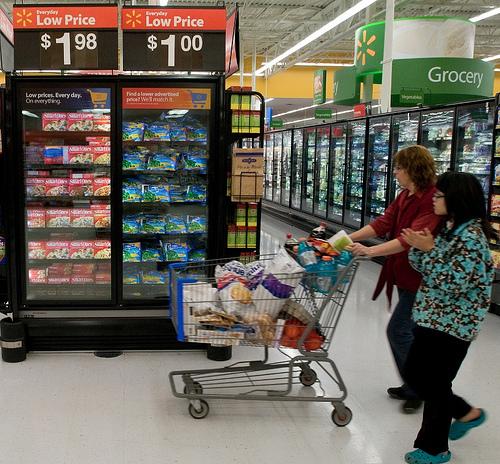 America has typically relied on its domestic market for economic growth, with consumer spending accounting for some 70 percent of annual GDP growth. Given the strong likelihood that US consumers will remain weak for years to come, America’s growth agenda needs to focus on getting more out of the other 30 percent. But can this be done?

NEW HAVEN – The American consumer is but a shadow of its former almighty self. Personal consumption in the United States expanded at only a 1.5% annual rate in real (inflation-adjusted) terms in the second quarter of 2012 – and that was no aberration. Unfortunately, it continues a pattern of weakness that has been evident since early 2008.

Over the last 18 quarters, annualized growth in real consumer demand has averaged a mere 0.7%, compared to a 3.6% growth trend in the decade before the crisis erupted. Never before has the American consumer been this weak for this long.

The cause is no secret. Consumers made huge bets on two bubbles – housing and credit. Reckless monetary and regulatory policies turned the humble abode into an ATM, allowing families to extract dollars from bubbles and live beyond their means.

Both bubbles have long since burst, and US households are now dealing with post-bubble financial devastation – namely, underwater assets, record-high debt, and profound shortages of savings. At the same time, sharply elevated unemployment and subpar income growth have combined to tighten the noose on over-extended consumers.

As a result, American households have hunkered down as never before. Consumers are diverting what little income they earn away from spending toward paying down debt and rebuilding savings. That is both logical and rational – and thus not something that the US Federal Reserve can offset with unconventional monetary easing.

American consumers’ unprecedented retrenchment has turned the US economy’s growth calculus inside out. Consumption typically accounts for 70% of GDP (71% in the second quarter, to be precise). But the 70% is barely growing, and is unlikely to expand strongly at any point in the foreseeable future. That puts an enormous burden on the other 30% of the US economy to generate any sort of recovery.

In fact, the other 30% has not done a bad job, especially considering the severe headwinds coming from consumers’ 70%. The 30% mainly consists of four components – capital spending by firms, net exports (exports less imports), residential construction, and government purchases. (Technically, the pace of inventory investment should be included, but this is a cyclical buffer between production and sales rather than a source of final demand.)

Given the 0.7% trend in real consumption growth over the past four and a half years, the US economy’s anemic 2.2% annualized recovery in the aftermath of the Great Recession is almost miraculous. Credit that mainly to the other 30%, especially to strong exports and a rebound in business capital spending.

By contrast, the government sector has been moving in the opposite direction, as state and local governments retrench and federal purchases top out after post-crisis deficit explosions. The housing sector has started to recover over the past five quarters, but from such a severely depressed level that its growth has had little impact on the overall economy.

Given the strong likelihood that consumers will remain weak for years to come, America’s growth agenda needs to focus on getting more out of the other 30%. Of the four growth components that fall into this category, two have the greatest potential to make a difference – capital spending and exports.

Prospects for these two sources of growth will not only influence the vigor, or lack thereof, of any recovery; they could well be decisive in bringing about an important shift in the US growth model. The 70/30 split underscores the challenge: the US must face up to a fundamental rebalancing – weaning itself from excessive reliance on internal demand and drawing greater support from external demand.

Capital spending and exports, which together account for about 24% of GDP, hold the key to this shift. At just over 10% of GDP, the share of capital spending is well below the peak of nearly 13% in 2000. But capital spending must exceed that peak if US businesses are to be equipped with state-of-the-art capacity, technology, and private infrastructure that will enable them to recapture market share at home and abroad. Only then could export growth, impressive since mid-2009, sustain further increases. And only then could the US stem the rising tide of import penetration by foreign producers.

The other 30% is also emblematic of a deeper strategic issue that America faces – a profound competitive challenge. A shift to external demand is not there for the asking. It must be earned by hard work, sheer determination, and a long overdue competitive revival.

On that front, too, America has been falling behind. According to the World Economic Forum’s Global Competitiveness Index, the US slipped to fifth place in 2011-2012, from fourth place the previous year, continuing a general downward trend evident since 2005.

The erosion is traceable to several factors, including deficiencies in primary and secondary education as well as poor macroeconomic management. But the US also has disturbingly low rankings in the quality of its infrastructure (#24), technology availability and absorption (#18), and the sophistication and breadth of its supply-chain production processes (#14).

Improvement on all counts is vital for America’s competitive revival. But meeting the challenge will require vigorous growth from America’s other 30% – especially private capital spending. With the American consumer likely to remain on ice, the same 30% must also continue to shoulder the burden of a sluggish economic recovery.

None of this can occur in a vacuum. The investment required for competitive revival and sustained recovery cannot be funded without a long-overdue improvement in US saving. In an era of outsize government deficits and subpar household saving, that may be America’s toughest challenge of all.

Related Story: America’s False Recovery – Why the US Is Not an Oasis of Prosperity: Stephen Roach