The Long and Winding Road to Recovery 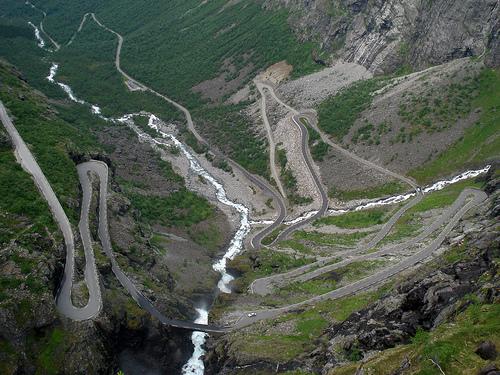 As the world proceeds on a path of recovery, Olivier Blanchard, José Viñals, and Carlo Cottarelli of the IMF explains why this path is fraught with difficulties and what needs to be done in order to ensure a smoother global recovery.

SAO PAULO – The global economy has bounced back strongly from the nadir of 2009, but growth is still uneven and recent data in key advanced economies have been disappointing. So where is the global economy headed?

To be sure, the recovery was not expected to be smooth: historically, cleaning up after a financial crisis of this magnitude takes a long time, especially given high debt burdens, extended joblessness, and damaged banking systems. But risks to the world’s economic outlook have risen, and stepped-up policy actions are needed to keep the global economy on track.

It is against this background that the International Monetary Fund has released its updated forecasts and assessment of the global economy. This analysis comes in three complementary documents: the World Economic Outlook, the Global Financial Stability Report, and the Fiscal Monitor.

The headline numbers do not look so bad. We expect global growth to be around 4.5% in 2011 and 2012, although the two-track recovery will continue, with advanced economies chugging along at around 2.5% annual GDP growth, while emerging-market and developing economies motor ahead at an impressive 6.5% rate.

But insufficiently strong policies have left dangers lurking beneath the surface. We have seen greater weakness than anticipated in the United States and Japan. Even if this was due to temporary factors, including supply disruptions from the Japanese earthquake, labor and housing markets are still on the ropes in the US and some parts of Europe.

Moreover, the countries on Europe’s periphery remain in difficulty, as doubts about the sustainability of adjustment programs have resurfaced. This heightened uncertainty could spill over to economic activity in the rest of the European Union through adverse feedback loops between sovereign risk and the banking system. And growth in advanced countries is not sufficient to make serious inroads into high unemployment rates, which are imposing high social costs.

Emerging markets are leading the recovery, but a number of them must contend with the risks of overheating and growing financial imbalances. Inflation is increasing beyond what can be explained by rising commodity and food prices, while credit growth and some asset prices are starting to look high relative to historical standards. And low-income economies are suffering from higher food and fuel prices, which feature heavily in households’ consumption baskets.

In these circumstances, policy inertia is not an option. This is especially true in the advanced economies, where policymakers must address the issues more forcefully. Some of the problems are political, including slow progress in achieving a comprehensive and consistent solution to Europe’s sovereign-debt crisis, and stalemate over restoring fiscal sustainability in the US. Some of the problems stem from the financial sector, which is once again taking advantage of low interest rates to pump up leverage in search of higher profits.

A more robust global financial system is urgently needed. There has been some progress on bank repair, but it is too slow, especially in Europe. In some cases, funding challenges remain, and balance sheets have not been fully cleansed. The pace of recapitalization needs to be stepped up, and the new round of “stress tests” for European banks will mark a clear line in the sand.

Fiscal repair is also essential. A key priority for advanced economies is to continue the process of fiscal adjustment that most of them initiated this year. But the two largest advanced economies – the US and Japan – have not yet started along this path. They should put in place as soon as possible credible consolidation plans that are specific in terms of not only goals, but also the tools to achieve them.

The pace of fiscal consolidation should be set with a keen eye on growth and employment. Too slow will kill credibility, but too fast will kill growth. Thus, the tools used to carry out fiscal adjustment should boost economic efficiency, or at least not damage it. In emerging markets and low-income economies, the challenge is to avoid overheating, contain financial risks, and address pressing social spending needs, while not compromising sustainability. The surge in food and energy prices is a major emergency for many of these countries, and it needs to be managed carefully.

In conclusion, the recovery continues, but it is not on solid ground. It is fragile, unbalanced, and limited. We do not think that this points to a double-dip recession. But risks to the outlook are rising, and we need determined policy action to dampen them. Time is of the essence.