The Euro’s Silver Lining – Why The Doomsayers Are Wrong: Norbert Walter 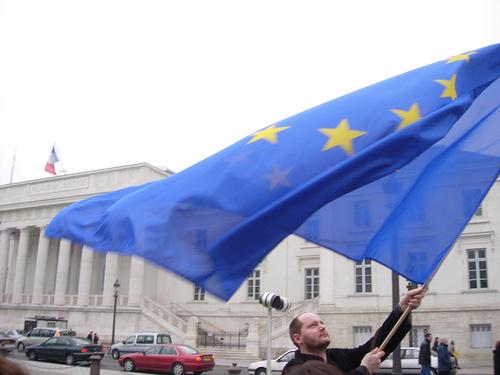 Crises are usually defined by sustained economic decline, high and long-term unemployment, poverty, rampant inflation, a precipitous fall in the exchange rate, fiscal deficits, high borrowing costs, and political dysfunction. But only a handful of "misery indices" are present in Europe today, and the region’s strengths should be able to overcome them.

FRANKFURT – What constitutes a crisis? Is it sustained economic decline, high and long-term unemployment, poverty, rampant inflation, a precipitous fall in the exchange rate, fiscal deficits, high borrowing costs, and political dysfunction? Most would agree that a crisis exists if just some of these “misery indices” are present. But, while Europe is widely perceived to be in the grip of crisis, only a handful of them are present, and in only a few eurozone countries.

So, why is there a eurozone crisis, and what defines it? Time and again, it is argued that the single currency does not fit the different needs of its member countries, and that unsustainable economic divergence will ultimately require that the euro be abandoned.

The fatal divergences that are most frequently cited include differences in growth rates, job-creation, and unemployment rates, as well as dramatic disparities in current-account balances, all of which may be traceable to wide deviations in unit labour costs. Perceptions of such divergences force considerable risk premiums on problem countries, inevitably resulting in accelerating capital flight to safe havens.

All of these developments are now visible in the eurozone, particularly in its peripheral countries. Risk premiums started rising above benign levels in 2009, and then more strongly in 2011-2012, while capital flight became rampant in 2011.

But, if one considers what might underlie capital movements of this sort, suspicion must also fall on unsustainable policies that extend to countries well outside the eurozone. In the wider European Union, countries like the United Kingdom or Hungary are as much afflicted by structural deficiencies as some peripheral eurozone countries are. Exchange-rate flexibility has not helped them much, or at least they have chosen not to exploit it.

Moreover, there are countries with government-debt burdens that are as large, if not larger, than those on Europe’s periphery – the United States and Japan being prime examples. Other countries, like Norway and Switzerland, are running current-account surpluses that exceed 10 percent of their GDP, but are resisting currency revaluation.

It is worth remembering that, for the decade until 2005, Germany was labelled the “sick man of Europe.” Germany was uncompetitive when it entered the eurozone, owing to excessive wage and price increases following the country’s reunification – a problem that has since been overcome by structural reforms that the country undertook within the single currency. The same is true for the most recent eurozone member, Estonia, whose rigorous wage restraint ensured competitiveness in the single market in a short period of time.

Why, then, is there such strong doubt that the euro can survive? Some say that the current efforts to enforce sound policies in the peripheral countries are bound to fail, and that sacrificing democracy in these countries to keep the monetary union intact is too high a price to pay.

In fact, the efforts of governments and international institutions point the way toward more sustainable solutions. Who would have believed at this time last year that the fiscal pact adopted in March would have been possible? And, despite fluctuations, has there not been a considerable reduction in risk premiums for problem countries, without adding to the financing costs of donor countries?

Much remains unknown. Are we seeing tentative signs of escape from the eurozone’s malaise? Will debtor countries be able to stick to tough reform programs, or will their citizens reject austerity? And will donor countries avoid the sort of populist backlash at home that might push them in a protectionist direction?

Intelligent cooperation that avoids moral hazard should be able to prevent panic, reduce risk premiums, and permit fuller use of resources. For example, transnational migration flows should certainly be made easier and more attractive. High levels of unemployment, particularly among young skilled workers, could be avoided if donor countries that need migrants to invigorate their own workforces were able to attract them.

So, will Europe commit to moving toward political union, and thereby address what has remained missing, despite the single market, the euro, and the Schengen Agreement’s elimination of internal borders?

The model for a future United States of Europe is Switzerland, a country with four languages and ethnicities, fiscally strong sub-national units (cantons), a single first-rate currency, and a federal government and a parliament that exercises genuine, if limited, fiscal authority.

If the EU made the most of the competencies that it already has, and governed more effectively, the Union as a whole could achieve faster economic growth for at least the next decade, with a 2.5 percent annual rate not out of reach. More generous support for countries in trouble is essential, because the euro must be preserved (albeit not necessarily on the base of a larger eurozone).

Related: Why Eurozone Scare-Mongering Appeals To The Worst In Us

Financial markets would be more easily convinced if such support were complemented by the recipient countries’ acceptance of the fiscal pact, together with technical help to strengthen their governance. In Greece, anti-corruption officers from the US, Italian tax-efficiency specialists, German privatization experts, and Spanish tourism professionals should be made available to accelerate the pace of modernization.

All of this amounts to a much-needed and often-advocated Marshall Plan for the periphery. But it recognizes that what Europe’s troubled countries need most is not money, but the planning and administrative capacity to spend it effectively. Over the last decade, Greece could absorb only a fifth of the EU modernization funds available to it. It didn’t have to be that way then, and Europe cannot afford to let it remain that way now.

See also: Why Eurozone Scare-Mongering Appeals To The Worst In UsSee also: World In Denial – Why The Eurozone’s Woes Are Worse Than We ThinkSee also: Europe’s Flawed Economics – Why The Euro’s Survival Remains In Doubt: Joseph Stiglitz