The Endgame For The Eurozone Has Begun: Nouriel Roubini 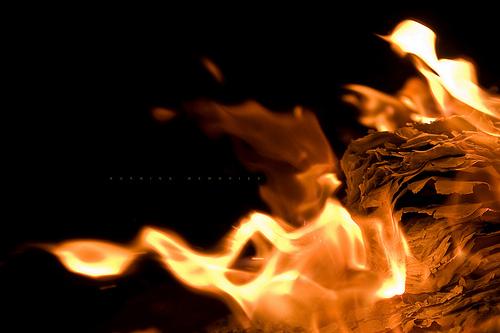 Germany and the ECB have less power over the eurozone's peripheral countries than they seem to believe. If they continue to insist on concentrating all the pain of economic adjustment in the periphery, the monetary union’s slow-developing train wreck will accelerate as peripheral countries default and revert to national currencies.

NEW YORK – The eurozone crisis seems to be reaching its climax, with Greece on the verge of default and an inglorious exit from the monetary union, and now Italy on the verge of losing market access. But the eurozone's problems are much deeper. They are structural, and they severely affect at least four other economies: Ireland, Portugal, Cyprus, and Spain.

For the last decade, the PIIGS (Portugal, Ireland, Italy, Greece, and Spain) were the eurozone's consumers of first and last resort, spending more than their income and running ever-larger current-account deficits. Meanwhile, the eurozone core (Germany, the Netherlands, Austria, and France) comprised the producers of first and last resort, spending below their incomes and running ever-larger current-account surpluses.

These external imbalances were also driven by the euro’s strength since 2002, and by the divergence in real exchange rates and competitiveness within the eurozone. Unit labor costs fell in Germany and other parts of the core (as wage growth lagged that of productivity), leading to a real depreciation and rising current-account surpluses, while the reverse occurred in the PIIGS (and Cyprus), leading to real appreciation and widening current-account deficits. In Ireland and Spain, private savings collapsed, and a housing bubble fueled excessive consumption, while in Greece, Portugal, Cyprus, and Italy, it was excessive fiscal deficits that exacerbated external imbalances.

The resulting build-up of private and public debt in over-spending countries became unmanageable when housing bubbles burst (Ireland and Spain) and current-account deficits, fiscal gaps, or both became unsustainable throughout the eurozone's periphery. Moreover, the peripheral countries’ large current-account deficits, fueled as they were by excessive consumption, were accompanied by economic stagnation and loss of competitiveness.

Symmetrical reflation is the best option for restoring growth and competitiveness on the eurozone's periphery while undertaking necessary austerity measures and structural reforms. This implies significant easing of monetary policy by the European Central Bank; provision of unlimited lender-of-last-resort support to illiquid but potentially solvent economies; a sharp depreciation of the euro, which would turn current-account deficits into surpluses; and fiscal stimulus in the core if the periphery is forced into austerity.

Unfortunately, Germany and the ECB oppose this option, owing to the prospect of a temporary dose of modestly higher inflation in the core relative to the periphery.

The bitter medicine that Germany and the ECB want to impose on the periphery – the second option – is recessionary deflation: fiscal austerity, structural reforms to boost productivity growth and reduce unit labor costs, and real depreciation via price adjustment, as opposed to nominal exchange-rate adjustment.

The problems with this option are many. Fiscal austerity, while necessary, means a deeper recession in the short term. Even structural reform reduces output in the short run, because it requires firing workers, shutting down money-losing firms, and gradually reallocating labor and capital to emerging new industries. So, to prevent a spiral of ever-deepening recession, the periphery needs real depreciation to improve its external deficit. But even if prices and wages were to fall by 30 percent over the next few years (which would most likely be socially and politically unsustainable), the real value of debt would increase sharply, worsening the insolvency of governments and private debtors.

In short, the eurozone's periphery is now subject to the paradox of thrift: increasing savings too much, too fast leads to renewed recession and makes debts even more unsustainable. And that paradox is now affecting even the core.

Down With The Eurozone

If the peripheral countries remain mired in a deflationary trap of high debt, falling output, weak competitiveness, and structural external deficits, eventually they will be tempted by a third option: default and exit from the eurozone. This would enable them to revive economic growth and competitiveness through a depreciation of new national currencies.

Of course, such a disorderly eurozone break-up would be as severe a shock as the collapse of Lehman Brothers in 2008, if not worse. Avoiding it would compel the eurozone's core economies to embrace the fourth and final option: bribing the periphery to remain in a low-growth uncompetitive state. This would require accepting massive losses on public and private debt, as well as enormous transfer payments that boost the periphery’s income while its output stagnates.

Italy has done something similar for decades, with its northern regions subsidizing the poorer Mezzogiorno. But such permanent fiscal transfers are politically impossible in the eurozone, where Germans are Germans and Greeks are Greeks.

That also means that Germany and the ECB have less power than they seem to believe. Unless they abandon asymmetric adjustment (recessionary deflation), which concentrates all of the pain in the periphery, in favor of a more symmetrical approach (austerity and structural reforms on the periphery, combined with eurozone-wide reflation), the monetary union's slow-developing train wreck will accelerate as peripheral countries default and exit.

The recent chaos in Greece and Italy may be the first step in this process. Clearly, the eurozone’s muddle-through approach no longer works. Unless the eurozone moves toward greater economic, fiscal, and political integration (on a path consistent with short-term restoration of growth, competitiveness, and debt sustainability, which are needed to resolve unsustainable debt and reduce chronic fiscal and external deficits), recessionary deflation will certainly lead to a disorderly break-up.

With Italy too big to fail, too big to save, and now at the point of no return, the endgame for the eurozone has begun. Sequential, coercive restructurings of debt will come first, and then exits from the monetary union that will eventually lead to the eurozone’s disintegration.