The Cost & Politics of Economic Inequality 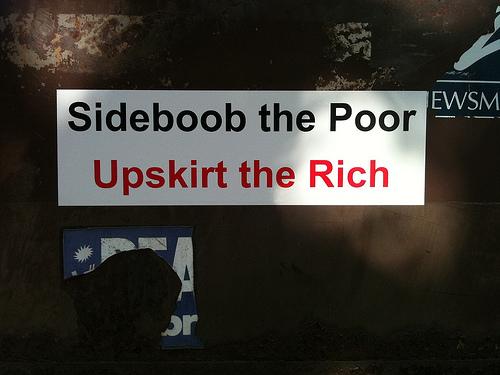 There’s a Chinese proverb that goes “If the world was fair, all my fingers would be the same length”. Work that one out. Or try working out why there is so much economic inequality, and the disparities are growing. The funny thing is, if all the money in the world was distributed equally, everyone would have $10,000 a month to live on.

In 2006, a team of scholars with the United Nations University’s World Institute for Development Economics Research published the first paper to tally, for the entire world, all the major elements of household wealth, everything from financial assets and debts to land, homes, and other tangible property.

In this era of fast growing economic advancement and increased global wealth, why is economic inequality on the rise?

If you asked Americans how much of the nation's pretax income goes to the top 10 percent of households, it is unlikely they would come anywhere close to 50 percent, which is where it was just before the bubble burst in 2007…

From World War II until 1976, considered by many as the "golden years" for the U.S. economy, the top 10 percent of the population took home less than a third of the income generated by the private economy. But since then, according to Saez and Piketty, virtually all of the benefits of economic growth have gone to households that, in today's terms, earn more than $110,000 a year.

Even within that top "decile," the distribution is remarkably skewed. By 2007, the top 1 percent of households took home 23 percent of the national income after a 15-year run in which they captured more than half - yes, you read that right, more than half - of the country's economic growth. 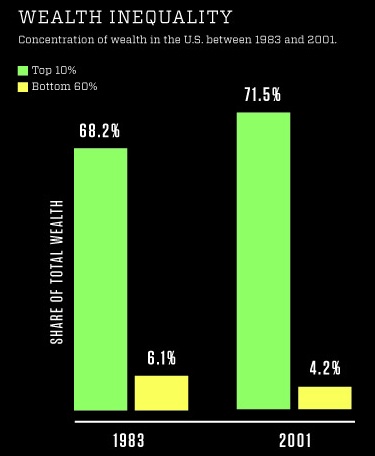 So who is responsible for increased economic inequality?

Or changing social norms around the issue of how much inequality is socially acceptable?

In the US, UK and several other western economies, the richer-get-richer poor-get-poorer situation can be directly traced back to the Ronald Reagan and supply-side 'voodoo' economics, which Margaret Thatcher also espoused, and which called for tax cuts for the rich, services-reduction for the rest - and growth in national debt.

Concentrating so much income in a relatively small number of households has also led to trillions of dollars being spent and invested in ways that were spectacularly unproductive … And what wasn't misspent was largely misinvested in hedge funds and private equity vehicles that played a pivotal role in inflating a series of speculative financial bubbles, from the junk bond bubble of the '80s to the tech and telecom bubble of the '90s to the credit bubble of the past decade.

The biggest problem with runaway inequality, however, is that it undermines the unity of purpose necessary for any firm, or any nation, to thrive. People don't work hard, take risks and make sacrifices if they think the rewards will all flow to others. Conservative Republicans use this argument all the time in trying to justify lower tax rates for wealthy earners and investors, but they chose to ignore it when it comes to the incomes of everyone else. 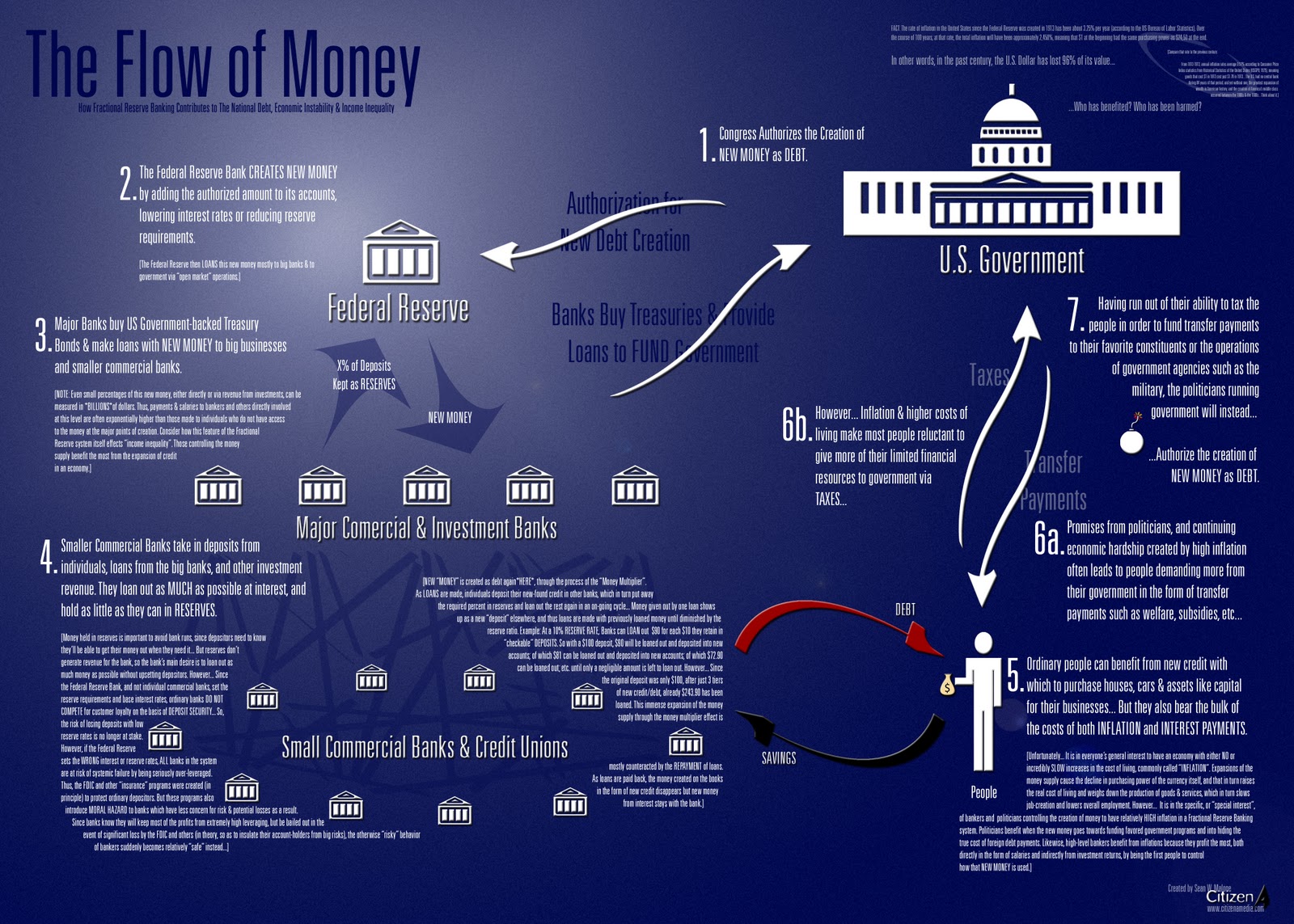 It's only typical those not at the short straw of inequality have 101 justifications for it. But who ends up footing the bill?

Today children are far more likely than they were 30 years ago to remain in the socioeconomic class into which they were born...

In late March, New York State adopted its fiscal year 2012 budget where a $10 billion budget shortfall was closed by drastic cuts in education, health, and human services. Most of these cuts will have profoundly negative effects on New York's most vulnerable citizens. Some members of the state legislature and concerned citizens advocated for covering part of the shortfall by extending the "Millionaires Tax" for individuals with the highest income. Yet, the governor and legislature decided that cutting essential services for vulnerable New Yorkers and increasing the overwhelming divide between the wealthiest families and those living in poverty was the most advantageous way to balance the budget.

Last week, Mayor Bloomberg issued his executive budget for fiscal year 2012, which also includes deep cuts to programs that largely benefit our poorest citizens. Early childhood education and after-school programs will bear the brunt of the blow and stand to lose more than $75 million. As a result, 7,000 underprivileged children will be denied early education and more than 16,000 will lose their after-school program throughout the City. If these cuts are adopted, NYC's after-school system -- the largest and most comprehensive in the country -- will be slashed by a quarter. This system, which was built and championed by Mayor Bloomberg, served 85,000 children in New York City in fiscal year 2009 -- that number would be chopped to 45,000 in fiscal year 2012. -Huffington Post

The other great drain on the income of the less well off, in Emerging Markets, has been corruption.

Some would say that they are actually two sides of the same coin; in the west it is called supply-side economis, in the developing world it is corruption.

What are your sentiments on economic inequality and what should be done about the widening wealth gap?