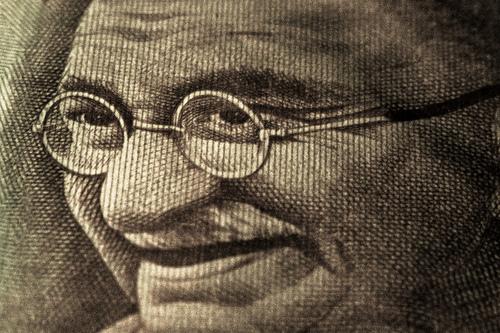 Despite widespread investor concern, the Indian rupee, already Asia’s most volatile and worst-performing currency, continues to be weighed down by rising pessimism in Asia’s third largest economy, which is growing at a decade-low rate of 5 percent amid worsening public finances.

As John Maynard Keynes once famously stated, ‘When the facts change, I change my mind. What do you do, sir?’

This is not what India’s policymakers are doing. Even while the existing exchange rate policy is clearly not delivering, they are continuing with more of the same — a hands-off approach and letting the markets determine the rupee’s value, alongside a steady reduction in capital controls. But the only enduring defence against currency volatility lies in domestic structural reforms and reduced dependence on short-term foreign debt flows.

India’s macroeconomic outcomes have been very poor since 2011. Falling export growth and widening current account deficits (CAD) have accompanied the rupee’s decline from 45-to-the-dollar in early 2011 to around 60 now. This, when depreciation is supposed to improve both the CAD and exports.

While depreciation does help correct inflation differentials (prices higher here than in other countries), it also contributes to inflation by making imports and domestically produced substitutes costlier. It then leads to a vicious cycle of higher inflation requiring more depreciation. This has been seen in India, where repeated bouts of sharp depreciation have contributed to sticky inflation as well as reduced the softening of inflation expectations. Moreover, depreciation does not increase exports in a scenario of weak global demand. At the same time, by adding to import costs, it ends up worsening the CAD.

In the UK too, the pound has fallen 20 per cent since 2007, but the CAD has worsened from 2.3 to 3.7 per cent of GDP between then and now. This has partly been due to a fall in global demand for financial services, one of the UK’s chief exports. Inflation rates have also exceeded the 2 per cent target all through this period, peaking at above 5 per cent in 2011, again partly due to currency depreciation.

But in the UK, policy interest rates have been kept deliberately low. This, together with a floating exchange rate, has allowed the government to borrow at much lower rates than most European countries. The 10-year bond yield in the UK is only 2.5 per cent.

In advanced economies (AEs) with free capital flows and floating exchange rates, even excess depreciation lowers interest rates. Expected future appreciation — as in the UK — can enable domestic interest rates to be below those prevailing elsewhere, while equating the returns to capital. But for emerging market (EM) currencies, depreciation only prompts fears of further weakening.

In India, until quite recently, foreign capital flows were largely into the equity markets because of restrictions imposed on debt inflows. It is mainly high growth rates that attract foreign equity flows, while growth itself is encouraged through lower interest rates.

But this is not the case with debt flows. Following their recent liberalisation, such flows came into government debt funds only to earn an interest differential. But the last couple of months have seen large outflows taking place because of strengthening US bond yields, following the Fed Chairman Ben Bernanke’s statements on tapering of the central bank’s quantitative easing (QE) policies.

Related: China vs. India: Who Will Win The Race To Be More Financially Open?

The impact of foreign debt outflows has also not been limited to the exchange rate. They have also raised domestic bond yields. Until the recent outflows happened, market positions in government bonds were largely long, given that interest rates were seen to be headed downwards. But yields rose due to outflows, creating large market losses.

While a policy to encourage growth is compatible with attracting equity flows, dependence on debt flows would entail raising interest rates that would only hurt growth. The likely impact of depreciation on inflation, alongside rising risk premiums on Indian currency, have now virtually stalled the policy rate cutting cycle. Unlike in the UK, currency depreciation in India will not even facilitate lower interest rates.

The mere talk of QE withdrawal has resulted in steep currency depreciation and loss of emerging market (EM) asset values. While advanced economy (AE) policymakers recognise the collateral damage caused to EMs, they shrug it off saying that the latter, after all, gained from inflows in the past and will only gain from an AE revival. In any case, there is a bubble in EM assets that needs to burst.

But if there is a bubble, how did EMs gain from QE-induced inflows at all in the first place? QE, if anything, hurt EMs by pushing up global commodity prices and widening their current account deficits. Easy money flows, moreover, allowed EM governments to neglect structural reforms back home, besides causing artificial currency appreciation and diminished competitiveness in a shrinking global trade environment.

If the AEs deliberately pumped up global asset prices to help their economies recover, they should condition the withdrawal of their loose money policies on a global recovery, not just their own. And if they are answerable only to their domestic constituencies, the G20 and the IMF should force them to internalise external spillovers.

Thus, as the Fed withdraws QE, it should provide swap lines to countries that want these to help calm markets. A US Fed swap line, for instance, calmed an attack on the South Korean won in 2008.

But the ultimate defence against global currency volatility lies in changing domestic policy.

The Reserve Bank of India (RBI) hasn’t really succeeded in reducing rupee volatility. The rupee normally over-corrects and then rebounds partially. Understandably, the RBI wouldn’t like to sell foreign currency when outflows take place, since it would mean insulating these from a fall in the rupee. But small demand–supply mismatches lead to large currency movements in thin markets. There are other ways to increase dollar supply at such times.

Also, stronger signals on fundamental determinants of the exchange rate can help.

In addition to the real effective exchange rate data that it publishes now, the RBI could also publish a fundamental value of the rupee based on factors such as unit labour costs and real wages. These would help anchor long-term market expectations even without any commitment to defend the rupee.

Rather than try to copy AE floats, when the Indian economy is hardly an AE, it would pay to study how many Asian countries have developed domestic markets and yet successfully managed their currencies.

To reduce the CAD, domestic constraints that raise the cost of exports and import-substituting manufacture must be removed, while raising domestic oil and gold prices to discourage their imports. Domestic structural reforms must come before any further relaxations for short-term debt flows.

Related: Have India’s Ponzi-Styled Reforms Run Out Of Steam?

Ashima Goyal is Professor of Economics at the Indira Gandhi Institute for Development Research.