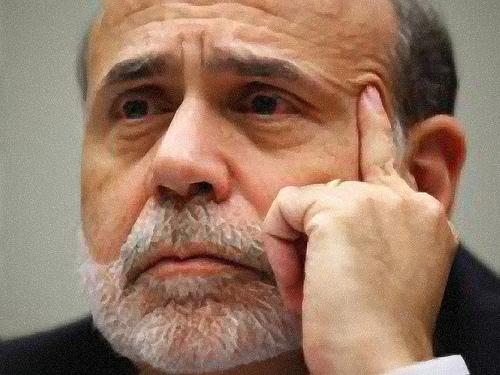 The political paralysis over economic growth in several developed nations have effectively forced central banks to embark on a shift from their conventional monetary policies. But, the best that central banks can do for now is to buy time, while waiting for other policymaking entities to get their act together; and the new paradigm shift may present the greater risk of loss of credibility and political independence for institutions that are critical to well-managed economies.

NEWPORT BEACH – In a four-day period in mid-December, three seemingly unrelated developments suggested that modern central banking is in the midst of an historic change. The implications go well beyond academia and policy circles. To the extent that this shift gains momentum – which appears likely – it will affect economic performance, the functioning of markets, and asset-price valuations.

The three developments began on December 12 in the United States, where the Federal Reserve, led by Ben Bernanke, announced that it will go much further than doubling (to $1 trillion) the volume of market securities that it intends to buy in 2013 in order to stimulate the economy. The Fed also left no doubt that it will maintain its foot on the accelerator until the US unemployment rate declines significantly, at least to 6.5 percent, and as long as inflation is contained at or below 2.5 percent.

According to most analysts, the novelty in the announcement was the Fed’s willingness to be explicit about its quantitative policy thresholds and, therefore, about the future course of its monetary policy. But my reading of what the Fed announced (and what Bernanke said in the subsequent press conference) suggests that the innovation goes beyond this.

The Fed is taking very different approaches to the specification of the two quantitative thresholds: unemployment will be based on historical data, while inflation will be based on the Fed’s own projections. This subtle difference has interesting operational effects. Most important, it prioritizes the unemployment objective over the inflation target. This realignment of the Fed’s dual mandate, which I have called the “reverse Volcker moment,” has been evident for a few months.

Let me explain by going back to the end of the inflationary 1970’s, when President Jimmy Carter appointed Paul Volcker to lead the Fed. In order to prevent pathological inflationary dynamics from becoming embedded even more deeply in the structure of the economy (including through wage indexation), Volcker dramatically changed the policy stance and made inflation public enemy number one. The equivalent of today’s policy rate rose to 22 percent as he launched a bold anti-inflationary crusade, accepting significant upfront costs for gains down the road.

This “Volcker moment” was, as students of economic history know, the catalyst not only for “winning the war against inflation,” but also for a multi-decade shift in conventional wisdom about central banking. Most important, inflation targeting and independence from the fiscal authorities became core features of mainstream policy – a requirement for any country seeking the macroeconomic stability deemed crucial for sustained economic growth and high rates of job creation.

I suspect that historians one day will view last month’s Fed announcement as the catalyst for a similar change in conventional wisdom – both in America and around the world. They will conclude that two factors motivated Bernanke: persistently high US unemployment – which, like the inflation problem that Volcker faced, risks becoming deeply embedded in the structure of the economy – and virtual paralysis on the part of other policymaking agencies.

Related: One Month Later – How America Should Rebuild Itself Post-Elections: Joseph Stiglitz

There are almost five million “long-term unemployed” Americans, constituting more than 40 percent total unemployment. Millions more have dropped out of the measured labor force altogether. And about a quarter of 16-19-year-olds in the labor force are unemployed. All of this risks serious skill atrophy. And the unemployed young face the additional risk of becoming a lost generation.

It is therefore doubly surprising that, aside from the Fed, America’s policymaking  agencies are essentially missing in action. The problem is not a lack of leadership from President Barack Obama, who has put forward several proposals to address the country’s unemployment problem, including a comprehensive jobs initiative. Rather, the problem is a polarized Congress that has taken no major economic decisions in the last few years – other than missteps (like the fiscal cliff) that risk tripping the economy into recession.

With political paralysis likely to continue in 2013, notwithstanding occasional agreements, the Fed will be busy implementing the paradigm shift for central banking. And the impact could well spread. Which brings us to the two other developments in that four-day period in mid-December.

A few hours after the Fed’s announcement, news came that the British government was open to considering a change in the Bank of England’s policy anchor. Unlike the Fed, the BoE’s sole objective for years has been price stability, with no additional employment mandate. If the target is missed repeatedly, as it has been, the governor must send a public explanatory letter to the government. Now it looks like politicians may be looking to offload onto the Bank responsibility for generating economic growth and jobs.

The third development occurred in Japan, where the newly-elected Liberal Democratic government of Shinzo Abe, commanding a two-thirds parliamentary majority, is pressing the Bank of Japan to stimulate growth – a “discussion” that looks set to evolve into something much more assertive.

In short, expect central banks to devote greater attention to unemployment. And it is a good thing that the official sector is paying more attention to joblessness – a very good thing. Yet, unfortunately, this shift will not solve a problem that eats away at the social fabric of any society.

As much as Bernanke and others wish otherwise – and as much as bickering politicians seek to dump policy responsibilities on others – central banks do not have the proper tools to deal with the component of the unemployment crisis that results from insufficient investment in education, training, and physical capital. Likewise, they cannot fix debt overhangs, repair broken home financing, or address medium-term fiscal-reform challenges on their own.

The best that central banks can do is to buy time, albeit at an increasing cost, for other policymaking entities to get their act together. If this window closes, the monetary-policy paradigm shift now visible in the US, Britain, and Japan would risk a damaging loss of credibility and political independence for institutions that are critical to well-managed economies.

See also: Sympathy For The “Devil” – Why The Bernanke Bashing Is Uncalled For: Raghuram RajanSee also: Monetary Delusions – Why Added Liquidity Alone Will Not Revive The Economy: Joseph Stiglitz