Monetary Delusions – Why Added Liquidity Alone Will Not Revive The Economy: Joseph Stiglitz 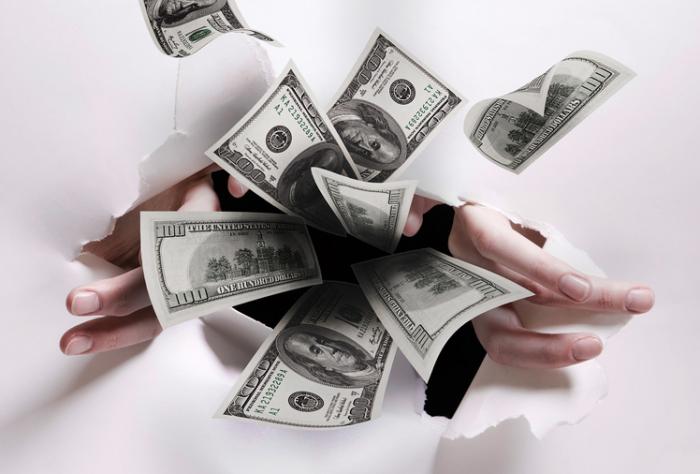 Central banks on both sides of the Atlantic took extraordinary monetary-policy measures in September, sending stock markets soaring. But politicians – and markets – in both Europe and America are mistaken if they believe that monetary policy can restore economic growth and boost employment.

NEW YORK – Central banks on both sides of the Atlantic took extraordinary monetary-policy measures in September: the long awaited “QE3” (the third dose of quantitative easing by the United States Federal Reserve), and the European Central Bank’s announcement that it will purchase unlimited volumes of troubled eurozone members’ government bonds. Markets responded euphorically, with stock prices in the US, for example, reaching post-recession highs.

Others, especially on the political right, worried that the latest monetary measures would fuel future inflation and encourage unbridled government spending.

In fact, both the critics’ fears and the optimists’ euphoria are unwarranted. With so much underutilized productive capacity today, and with immediate economic prospects so dismal, the risk of serious inflation is minimal.

Nonetheless, the Fed and ECB actions sent three messages that should have given the markets pause. First, they were saying that previous actions have not worked; indeed, the major central banks deserve much of the blame for the crisis. But their ability to undo their mistakes is limited.

Second, the Fed’s announcement that it will keep interest rates at extraordinarily low levels through mid-2015 implied that it does not expect recovery anytime soon. That should be a warning for Europe, whose economy is now far weaker than America’s.

Finally, the Fed and the ECB were saying that markets will not quickly restore full employment on their own. A stimulus is needed. That should serve as a rejoinder to those in Europe and America who are calling for just the opposite – further austerity.

But the stimulus that is needed – on both sides of the Atlantic – is a fiscal stimulus. Monetary policy has proven ineffective, and more of it is unlikely to return the economy to sustainable growth.

In traditional economic models, increased liquidity results in more lending, mostly to investors and sometimes to consumers, thereby increasing demand and employment. But consider a case like Spain, where so much money has fled the banking system – and continues to flee as Europe fiddles over the implementation of a common banking system. Just adding liquidity, while continuing current austerity policies, will not reignite the Spanish economy.

So, too, in the US, the smaller banks that largely finance small and medium-size enterprises have been all but neglected. The federal government – under both President George W. Bush and Barack Obama – allocated hundreds of billions of dollars to prop up the mega-banks, while allowing hundreds of these crucially important smaller lenders to fail.

But lending would be inhibited even if the banks were healthier. After all, small enterprises rely on collateral-based lending, and the value of real estate – the main form of collateral – is still down one-third from its pre-crisis level. Moreover, given the magnitude of excess capacity in real estate, lower interest rates will do little to revive real-estate prices, much less inflate another consumption bubble.

Of course, marginal effects cannot be ruled out: small changes in long-term interest rates from QE3 may lead to a little more investment; some of the rich will take advantage of temporarily higher stock prices to consume more; and a few homeowners will be able to refinance their mortgages, with lower payments allowing them to boost consumption as well.

But most of the wealthy know that temporary measures result only in a fleeting blip in stock prices – hardly enough to support a consumption splurge. Moreover, reports suggest that few of the benefits of lower long-term interest rates are filtering through to homeowners; the major beneficiaries, it seems, are the banks. Many who want to refinance their mortgages still cannot, because they are “underwater” (owing more on their mortgages than the underlying property is worth).

In other circumstances, the US would benefit from the exchange-rate weakening that follows from lower interest rates – a kind of beggar-thy-neighbour competitive devaluation that would come at the expense of America’s trading partners. But, given lower interest rates in Europe and the global slowdown, the gains are likely to be small even here.

Some worry that the fresh liquidity will lead to worse outcomes – for example, a commodity boom, which would act much like a tax on American and European consumers. Older people, who were prudent and held their money in government bonds, will see lower returns – further curtailing their consumption. And low interest rates will encourage firms that do invest to spend on fixed capital like highly automated machines, thereby ensuring that, when recovery comes, it will be relatively jobless. In short, the benefits are at best small.

In Europe, monetary intervention has greater potential to help – but with a similar risk of making matters worse. To allay anxiety about government profligacy, the ECB built conditionality into its bond-purchase program. But if the conditions operate like austerity measures – imposed without significant accompanying growth measures – they will be more akin to bloodletting: the patient must risk death before receiving genuine medicine. Fear of losing economic sovereignty will make governments reluctant to ask for ECB help, and only if they ask will there be any real effect.

There is a further risk for Europe: If the ECB focuses too much on inflation, while the Fed tries to stimulate the US economy, interest-rate differentials will lead to a stronger euro (at least relative to what it otherwise would be), undermining Europe’s competitiveness and growth prospects.

For both Europe and America, the danger now is that politicians and markets believe that monetary policy can revive the economy. Unfortunately, its main impact at this point is to distract attention from measures that would truly stimulate growth, including an expansionary fiscal policy and financial-sector reforms that boost lending.

The current downturn, already a half-decade long, will not end any time soon. That, in a nutshell, is what the Fed and the ECB are saying. The sooner our leaders acknowledge it, the better.