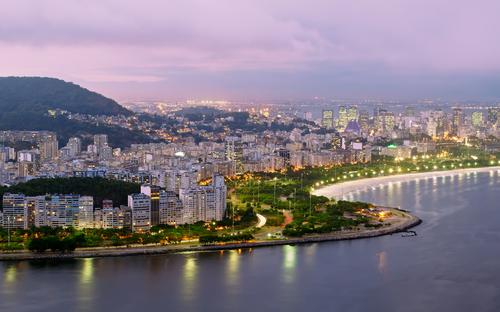 Since 2003, Latin America has experienced a period of resurgence, with strong growth, low inflation and improved social policy outcomes. Cheap and abundant foreign financing and strong demand for the region's commodities, particularly from China, have been extremely positive for the region. But all that could change as advanced economies return to health and capital flows back to the West.

In its latest Regional Economic Report the International Monetary Fund (IMF) sees reasonable cause for optimism about the global economy. World output is expected to rise by around 3.5% in 2013, climbing to 4.0% by 2014, though the uncertainties surrounding advanced market recovery and emerging market strengths continue, according to the IMF. One of the big issues still playing out is sovereign debt and the efforts being made to repair both sovereign balance sheets and bank balance sheets. We are not out the woods here by a long stretch, the IMF reminds us, and these twin, and highly related issues, have the power to ignite new stress moments for the global economy again and again.

Another unresolved question is whether Latin America can build on what the IMF calls "a golden decade" or whether there will be a falling off in growth. Alejandro Werner, Director of the IMF's Western Hemisphere department, tackles this issue in a recent blog. Latin America achieved an average growth rate of 2.0% in the 1980s and 2.7% in the 12 years from 1990 to 2002. Its average growth rate for the decade from 2003 to 2012 has been 4.0%.

Since 2003, Latin America has experienced a period of resurgence, with strong growth, low inflation and improved social policy outcomes. Prudent macroeconomic policies and important structural reforms have been the cornerstone of this performance.

However, this decade of growth took place against a backdrop of extremely benign external conditions. Cheap and abundant foreign financing and strong demand for the region's commodities, particularly from China, have been extremely positive for the region. All that could change, Werner says.

While it won't happen quickly, advanced economies will return to health and interest rates will rise, reducing currency flows to Latin America and making money more expensive as the West switches from accommodative monetary policies to tighter policies aimed more at combating inflation than stimulating growth.

Commodities too, will inevitably see the return of cyclical conditions, with a swing to the downside in prices making it very difficult for Latin America as a whole to continue anything approaching 4% year on year growth.

Related: Could a Commodity Market Crash be Imminent?: Michael Pettis

Moreover Werner points out that generally speaking, while Latin American governments have improved their sovereign balance sheet positions through the past decade of high commodity prices public debt at the end of 2012 continues to be above the level it was at before the 2008 global economic crisis. At the same time the capital inflows have stimulated a credit boom and something of a property price boom across Latin America. Labour productivity, though improved, remains below that recorded in other fast growing regions. With employment at historically high levels, future growth is going to have to come from productivity improvements, providing both governments and private sector businesses with a real challenge.

Werner's account stays at a very abstract regional level and does not consider issues such as how much the average growth rate for the region is pulled down by a basket case like Venezuela with its failed petro-socialism. David Horowitz's  (an avowedly anti-socialist platform) provides some evidence of just how badly Venezuela's economy has been mismanaged. One of the key instances is the thriving black market trade in US dollars. The official exchange rate for the bolivar, set by the government, is 6.3 bolivars to the dollar. Black-market dealers are getting 28 bolivars to the dollar, more than six times the official rate, up 300% in 8 months.

"Even government officials and the politically connected businessmen who have made fortunes off the free-spending state, search out and trade in dollars," writes Daniel Greenfield.

Inflation is headed for 30% year on year, with the monthly inflation rate running at or close to the annual inflation rate of some of Venezuela's neighbours. Venezuela's vast oil reserves have subsidized the country's mismanagement to this point and will do so for a while to come yet, but the country is hardly the economic powerhouse that it could be.

This is particularly disappointing because, as the IMF review notes, "external conditions for Latin America are expected to remain stimulative", which means that now is a good time for the region to progress and to build strong foundations that can see it through the next down cycle in the global economy.

Latin America benefits from "favorable tailwinds" is republished with permission from the QFinance Blog.