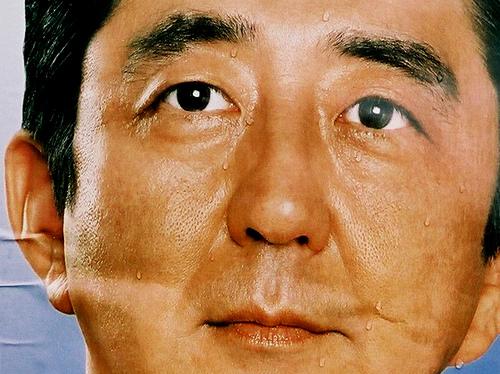 Despite persistent deflation and tepid economic growth, things are looking up for Japan under the new Prime Minister. Shinzo Abe’s Keynesian-inspired reform programme is essentially a replay of what Takahashi Korekiyo achieved in the 1930s, when Japan escaped the Great Depression with a triple-barrelled blast of monetary, fiscal and structural stimulus.

TOKYO – Japanese Prime Minister Shinzo Abe’s programme for his country’s economic recovery has led to a surge in domestic confidence. But to what extent can “Abenomics” claim credit?

Interestingly, a closer look at Japan’s performance over the past decade suggests little reason for persistent bearish sentiment. Indeed, in terms of growth of output per employed worker, Japan has done quite well since the turn of the century. With a shrinking labour force, the standard estimate for Japan in 2012 – that is, before Abenomics – had output per employed worker growing by 3.08 percent year on year. That is considerably more robust than in the United States, where output per worker grew by just 0.37 percent last year, and much stronger than in Germany, where it shrank by 0.25 percent.

Nonetheless, as many Japanese rightly sense, Abenomics can only help the country’s recovery. Abe is doing what many economists (including me) have been calling for in the US and Europe: a comprehensive programme entailing monetary, fiscal, and structural policies. Abe likens this approach to holding three arrows – taken alone, each can be bent; taken together, none can.

The new governor of the Bank of Japan, Haruhiko Kuroda, comes with a wealth of experience gained in the finance ministry, and then as President of the Asian Development Bank. During the East Asia crisis of the late 1990’s, he saw firsthand the failure of the conventional wisdom pushed by the US Treasury and the International Monetary Fund. Not wedded to central bankers’ obsolete doctrines, he has made a commitment to reverse Japan’s chronic deflation, setting an inflation target of 2 percent.

Deflation increases the real (inflation-adjusted) debt burden, as well as the real interest rate. Though there is little evidence of the importance of small changes in real interest rates, the effect of even mild deflation on real debt, year after year, can be significant.

Kuroda’s stance has already weakened the yen’s exchange rate, making Japanese goods more competitive. This simply reflects the reality of monetary-policy interdependence: if the US Federal Reserve’s policy of so-called quantitative easing weakens the dollar, others have to respond to prevent undue appreciation of their currencies. Someday, we might achieve closer global monetary-policy coordination; for now, however, it made sense for Japan to respond, albeit belatedly, to developments elsewhere.

Monetary policy would have been more effective in the US had more attention been devoted to credit blockages – for example, many homeowners’ refinancing problems, even at lower interest rates, or small and medium-size enterprises’ lack of access to financing. Japan’s monetary policy, one hopes, will focus on such critical issues.

The real challenge will be in designing the third arrow, what Abe refers to as “growth.” This includes policies aimed at restructuring the economy, improving productivity, and increasing labour-force participation, especially by women.

Some talk about “deregulation” – a word that has rightly fallen into disrepute following the global financial crisis. In fact, it would be a mistake for Japan to roll back its environmental regulations, or its health and safety regulations.

What is needed is the right regulation. In some areas, more active government involvement will be needed to ensure more effective competition. But many areas in which reform is needed, such as hiring practices, require change in private-sector conventions, not government regulations. Abe can only set the tone, not dictate outcomes. For example, he has asked firms to increase their workers’ wages, and many firms are planning to provide a larger bonus than usual at the end of the fiscal year in March.

Government efforts to increase productivity in the service sector probably will be particularly important. For example, Japan is in a good position to exploit synergies between an improved health-care sector and its world-class manufacturing capabilities, in the development of medical instrumentation.

Family policies, together with changes in corporate labour practices, can reinforce changing mores, leading to greater (and more effective) female labour-force participation. While Japanese students rank high in international comparisons, a widespread lack of command of English, the lingua franca of international commerce and science, puts Japan at a disadvantage in the global marketplace. Further investments in research and education are likely to pay high dividends.

There is every reason to believe that Japan’s strategy for rejuvenating its economy will succeed:  the country benefits from strong institutions, has a well-educated labour force with superb technical skills and design sensibilities, and is located in the world’s most (only?) dynamic region. It suffers from less inequality than many advanced industrial countries (though more than Canada and the northern European countries), and it has had a longer-standing commitment to environment preservation.

If the comprehensive agenda that Abe has laid out is executed well, today’s growing confidence will be vindicated. Indeed, Japan could become one of the few rays of light in an otherwise gloomy advanced-country landscape.

Related Story: The Return of Abenomics: A New, Old Hope for Japan’s Economy?