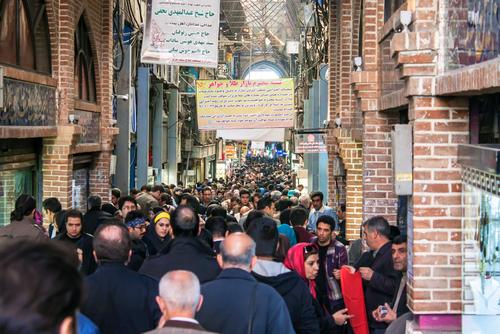 Winning a stunning victory in the country’s six-way presidential race, Iran’s new leader Hassan Rouhani has vowed to integrate Tehran into the international community, bolstering hopes for better relations with the West. A skilled negotiator and a moderate, Rouhani’s election could be the best news in many years for the future of the whole region – for Iran, its economy, the nuclear standoff, as well as diplomatic relations with Israel.

Compared to the political instability that followed Ahmadinejad's 2009 re-election, this process was relatively boring. But however the news media felt about the election, Iran needs domestic stability if it is going to change its foreign policy in a very challenging geopolitical environment.

Domestic stability has been the first goal for any regime that would project power from Iran's central highlands. The Persian Empire first emerged only after a central power subjugated the various groups of Indo-Iranian, Turkic and Semitic peoples within its borders. The suppression of 2009's Green Movement is only a recent example of a strong state apparatus quelling internal dissent. For millennia, various Persian regimes have sought to keep such domestic pressures at bay while foreign powers have sought to exacerbate these tensions to distract Iran or make it vulnerable to invasion.

In today's Iran, structural economic stresses that have persisted under decades of sanctions are coming to a head while sectarian competition in the region has halted the expansion of Tehran's regional influence. The clerical regime that currently rules the Iranian mountain fortress understands the threats from beyond its borders, but like its predecessors, it must make peace at home before it can address external challenges.

Much of the Western, and especially U.S., coverage of the Iranian elections centered on Rouhani, a figure known to many in the West. He took part in the Islamic Revolution and had ties to Ayatollah Ruholla Khomeini, the founder of the Islamic republic. He also has ties to Ayatollah Ali Akbar Hashemi Rafsanjani, Iran's second clerical president, and is a representative of the current supreme leader, Ali Khamenei, on the Supreme National Security Council. Rouhani served as secretary of Iran's Supreme National Security Council for 16 years. As an extension of this position, he was Iran's chief nuclear negotiator from 2003 to 2005. It was during this period when Rouhani's foreign policy credentials became best known in the United States and Europe. It was also during this period when Western and Iranian nuclear negotiators came closest to reaching a deal.

Related: MAD For Oil: Will US Sanctions On Iran Lead To Mutually Assured Economic Destruction?

Related: Iran to Subsidise Food for Poor As Sanctions and Inflation Cripple Economy

Paradoxically, Rouhani combines conservative and reformist tendencies. As a cleric, he does not seek fundamental changes in Iran's power structure of the sort Ahmadinejad sought, but he also advocates cooperation with, and outreach to, other branches of Iran's power structure such as the military and civilian politicians. While defending Iran's nuclear program and regional agenda, he understands that simply issuing ultimatums to the West and escalating tensions rather than striking compromises will not win relief from sanctions. In this regard, he resembles the reformist former President Mohammed Khatami, under whom Rouhani served as chief nuclear negotiator. Rouhani can be expected to adopt a less incendiary tone in foreign policy than Ahmadinejad and to cooperate with other domestic power centers, like those of the supreme leader and the military and security forces.

Iran's domestic woes give it an incentive to pursue the kind of pragmatic engagement and dialogue with the West Rouhani was known for, especially on issues such as Iran's nuclear program and Tehran's interests in the Levant, Iraq and Afghanistan. This means Friday's election represents a relative success for the Islamic republic, though it denied the West's desire for a disruptive election that would see Iran's clerical regime fall.

Ahead of any meaningful traction on its foreign policy agenda, the Iranian government had to re-engage its electorate, something it has accomplished with this election. Tellingly, aside from current nuclear negotiator Saeed Jalili, seven of the eight candidates approved to run in this election campaigned on moderate or even reformist platforms, in stark contrast to the nationalist rhetoric of the firebrand Ahmadinejad.

Although largely unaffected by the regional unrest in 2011, the clerical regime needed to demonstrate both to its citizens and foreign capitals that the Iranian people could still bring about change at the ballot box, not just through the streets. Given the choice, the Iranian people chose pragmatism in relatively free and fair elections.

Though the Islamic republic cannot be changed overnight -- long-term structural changes are needed to revive the Iranian economy -- Rouhani's campaign and election have provided a relatively immediate, low-cost way to lessen some of the domestic pressures on the regime. Large-scale demonstrations in support of the president-elect following the announcement of his victory took place in Tehran and throughout many of Iran's urban centers, without the involvement of state security forces. For now at least, this suggests Iran's large and increasingly frustrated electorate seems to have been appeased.

While it is, of course, too early to know how his presidency will play out, the Rouhani administration at the very least will not begin its tenure plagued with doubts regarding its legitimacy of the sort that greeted Ahmadinejad's second term. Also unlike Ahmadinejad, the president-elect has the opportunity to bridge deep divisions within the clerical elite. With clerical authority and the supreme leader no longer under attack from the presidency, and with convincing electoral support behind him, Rouhani has already overcome the largest hurdles to amending Iranian policy at home and abroad.

It is in this framework that the West hopes to eventually re-engage Rouhani and Iran. Fiery rhetoric aside, Ahmadinejad also sought a strategic dialogue with the West, especially as his competition with the supreme leader prompted him to seek foreign policy wins. But the infighting that resulted from Ahmadinejad's attempts to undermine the pro-clerical structure of the republic impeded any progress in this arena.

If Rouhani can get the clerics behind him and accommodate the interests of Iran's military and security forces and the broader electorate, his chances of reaching a dialogue or negotiated settlement with the West will be much improved.

Guiding much of this will not be just the change in personalities but Iran's shifting geopolitical environment. Since it is no longer on the regional offensive, Tehran's previous defiant rejection of American interests is now incompatible with long-term Iranian goals in the region.

There is still much work to be done at home before Iran can switch gears, and Iran's president-elect still faces considerable challenges to enacting any major shifts in policy. Rouhani must still convince many of the stakeholders within the regime that he can be trusted. He must protect the economic interests of the powerful Islamic Revolutionary Guard Corps while building a relationship with Iran's larger and often overlooked regular army. He must also manage his relationships with Rafsanjani, his most influential political backer, and with the supreme leader. Rafsanjani and Khamenei are competitors, and although the approval and eventual success of Rouhani's candidacy may hint at a broader clerical rapprochement, the supreme leader will not take kindly to attempts by Rafsanjani to rule through Rouhani. Rafsanjani, however, is unlikely to stop trying to capitalize on the successes of his protege.

Against a backdrop of domestic political reconfiguration, gradual diplomatic outreach to and from Iran can be expected. Parliamentary elections in 2015 will provide greater insight into how much change Rouhani can attempt, and it is along this timeline we should expect to see Iran seriously re-engage in negotiations with the West. In the meantime, little substantive change will occur beyond more careful rhetoric regarding both Iran's nuclear program and Tehran's support for the embattled Syrian regime. While challenges to both Iran's domestic policy realignment and outreach to the United States thus remain, Western and regional hopes for such change endure.

By Michael Nayebi-Oskoui and Kamran Bokhari

The Foreign Policy Impact of Iran’s Presidential Election is republished with permission of Stratfor.

Do you have a strong opinion on this article or on the economy? We want to hear from you! Tell us what you think by commenting below, or contribute your own op-ed piece at editorial@economywatch.com